During the turrets mass test on SISI on the 26th I was attempting to join the fleets and one of the ISDs (ISD BH Astaris) commenced to blow my titan up. I was in the middle of attempting to join a fleet that was involved in the Mass Test. I would like some significant reasoning for why this happened and then possible reinburstment of the titan. Titan loss attached.
This has caused quite a great annoyance to me as it seem insanely off the cuff. 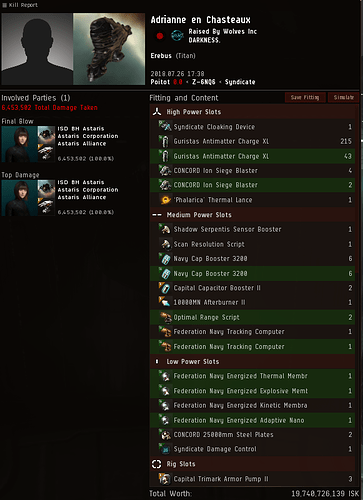 this was turret test aswell =D

You should thank the CCP for making test bearable.

notthing of value was lost