Hey, alpha clone here. I’m currently flying a cormorant and a kestrel, I know it sounds weird but I’m kinda new and do stupid things. I’ve about 13 million ISK now and I plan to get a cruiser quite soon. However, I really can’t decide between the moa or the caracal. I’m willing to go either missiles or hybrids. I plan to do FW and ratting in lowsec. I also thought of buying both ships if they they’re good at PVE and PVP respectively. That would be more skill intensive but I would have a good ship for both of the activities I want to do. Could you guys please share your thoughts?

I’ll leave the informed comparison of the Caracal and the Moa to others - I’ve flown both and they didn’t leave a stunning impression on me (A railgun Moa has tracking problems is my main memory: pretty but frustrating). The Ferox on the other hand is rather good. That’s my personal opinion.
Be aware: That’s the opinion of someone that knows Amarrian ships are just better.

However, and this is the important bit, there is an old bit of advice in Eve: Only fly what you can afford to loose. If you are thinking “I’ll have a good ship which will give me an advantage in FW” then remember, you are up against others that have picked what they view as good ships, and who will have attacked you because they really believe they will kill you. People don’t attack you so you can kill them. They attack to kill you.
Basically: it’s highly likely going into a risky situation that you will cost you your ship. Either be prepared to take a step back and work to fund a replacement, or fly something you can afford to learn in.

I will leave the comparative discussions of Caldari ships to others here - in general Caldari ships are all best at range rather than close up brawlers and are normally flown as such. I suspect that longer range makes using tackle (Scramblers and Webifiers) to control a fight a bit awkward.

Do you prefer Kestrel or Merlin? How many skillpoints you invested in missiles, how about gunnery?
I didn’t do FW yet, but in PvP I recommend to take a ship I know how to handle and have some in stock for being able to reship when it’s most fun.

I think the Caracal is a bit more popular than the Moa, for missiles are easy to handle.
But to be honest, the most useful Caldari Cruiser is the Osprey anyway

I think I kinda prefer the Merlin over the Kestrel. I haven’t invested any skill points in both systems. Honestly, I kinda feel like getting the Moa now

13 million is barely enough for the hull of the cruiser, you won’t have any ISK left to fit it, and cruiser modules are a fair bit more expensive than frigate modules. Even a pure T1 fit cruiser can easily bust 20M ISK.

Also, as Terak said, never fly what you cannot afford to lose. If you go into PvP with a T1 fitted T1 cruiser, you’re going to die very very quickly to someone flying a HAC or a Gila with faction mods.

Me personally, I love everything missiles, so the Caracal is a solid cruiser. Missiles always do some damage while turrets especially railguns tend to miss more often than not. However, missiles have application issues that prevents them from doing effective damage against smaller ships, so keep that in mind.

You definetly need Medium Hybrid Turret skills then.
Some support skills like Sharpshooter and Rapid Firing are important, too, or you will be disppointed how poorly the oh so powerful cruiser performs.

I’ll echo what the others have said; do not fly something that you can’t immediately replace.

Remember, for that single cruiser purchase (~10 million ISK) you can buy 10 unfitted frigates… 5 frigates if you include all the modules (not T2 of course).
That is 5 to 10 opportunities to experiment and try something risky!

Also… frigates are generally faster to get around in and harder for people to catch.

Hey, alpha clone here. I’m currently flying a cormorant and a kestrel, I know it sounds weird but I’m kinda new and do stupid things.

If it works, it isn’t stupid… merely inefficient.

I’ve about 13 million ISK now and I plan to get a cruiser quite soon. However, I really can’t decide between the moa or the caracal. I’m willing to go either missiles or hybrids.

I plan to do FW and ratting in lowsec.

Go with the Caracal.

It may deal less damage than a Moa and be squishier, but it is quicker. This allows you to better dictate the terms of an engagement or escape more easily.

And yes… the lower damage this does limit the kinds of targets you may be able to engage (be they NPCs or players).
For a relative newbie, being “slippery” is more important as veterans tend to have the edge in terms of damage dealing.

I also thought of buying both ships if they they’re good at PVE and PVP respectively. That would be more skill intensive but I would have a good ship for both of the activities I want to do.

There is no rule that says you can’t specialize in one now and then go back and train the skills for the other later.

In this game, specialization take priority as a player can only fly one ship and fit (and thus specialty) at a time.
This is opposed to other games where you may have access to a bunch of skills/equipment, no matter how mediocre, at all times and can use that to your advantage.

I’ll be honest:
Long, long ago I bought my first cruiser when I barely had enough to cover the cost of cruiser-sized modules.
It was a complete ■■■■-fit ship.

But in the context of high-sec is was a huge upgrade and did help me earn more ISK from missions.
As I earned more ISK, I bought more frigates and experimented with those… keeping my cruiser nice and safe in high-sec.

I guess what I am saying is this: Even if you can’t afford to replace the ship immediately you can still go for it. Especially if it will boost your income a bit. But don’t take too many risks with it.

In low-sec, the rule of thumb that everyone should adopt is “your ship is already dead, the explosion merely hasn’t caught up to it.”
(Note: This doesn’t mean that going to low-sec is “suicidal.” It IS dangerous. It simply requires a bit more forethought and knowledge of the game mechanics to stay safe)

The Caracal and the Moa are both fine choices. It’s not a ton of training maybe a few days as an alpha just so you can try out the T1 / meta 4 weaponsystems and decide for yourself. Caracal is probably the better choice overall but that’s my preference. Caracal has a drone bay and missiles…

… and both ships require Caldari cruisers anyway which is a prerequisite for the king of PVE: Gila. You won’t be wasting much of your time or skillpoints, that’s an amazing ship.

The Gila uses missiles and drones which is what I alluded to earlier. The Caracal is using the same weaponsystems and I don’t think it’s too early to get into one. Others have made a point where you can buy 10 fitted Frigates for 1 fitted Cruiser but hey it’s your money and you are probably feeling ready to try it out.

If the Caracal is fast enough for range control, would I need to fit the usual scram web combo? Or should I fit it with tank modules?

In general, scram web is ideal for almost all “close range” PvP encounters (less than 10km).
Once one starts to lean more towards speed and medium-long range, options open up.

So if I want to fit a close range PVP Caracal with heavy assault missiles, I should use an MWD, a scram web combo and presumably use the remaining 2 mid slots for tank. Low slots should be used for things like ballistic systems.

For PVE instead, I should use a target painter and some cap boosters or rechargers. I’m assuming these modules are meant for midslots?

Yes, those modules are all midslots.

In general cruisers don’t fit scram/web combos, you’d have to close to suicidal range for them to be effective.

Stay at range and let your missiles do the work for you, fit a long point (warp disruptor) to pin your enemy down, a missile guidance computer to increase your missiles’ range or precision, and a MWD to control your range to target. Fill up the rest with tank modules.

Low slots should be used for damage amplifiers (BCS) and damage control. Rigs depending on how you’re tanking can be core defense field extenders for more shield HP or whatever the resist rigs are called to patch up resist holes.

Would it be OK to use RLMLs? Other than that, I think I got it. An MWD, warp disruptor, guidance computer and 2 tank modules. I think I will go with extenders. For low slots instead, fit a DC and 3 BCSs.

So if I want to fit a close range PVP Caracal with heavy assault missiles, I should use an MWD, a scram web combo and presumably use the remaining 2 mid slots for tank. Low slots should be used for things like ballistic systems. 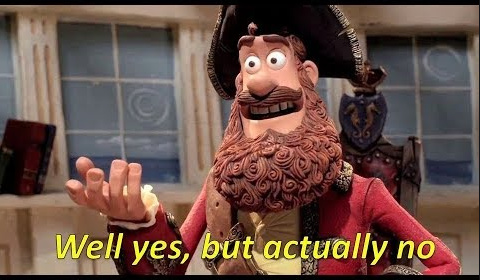 I am seeing that you have a bit of a “brawler” mentality there.
This is perfect when you are using a blaster-boat… not so much when using a missile platform.

And certain “fast attack” ships (like the Caracal) tend to be fairly squishy.
Thus, it is HIGHLY recommended that one take advantage of the “long range” aspect of missiles.

So here are few points:

From a PvP perspective (if one wants to PvE in low-sec):

For PVE instead, I should use a target painter and some cap boosters or rechargers. I’m assuming these modules are meant for midslots?

As with any ship fit, it is all about balancing your needs and finding workarounds and tactics to satisfy other needs.

Would it be OK to use RLMLs?

Rapid Light Missile Launchers are good… and not so good.

They are good in that they hit small targets like Frigates REALLY well.
And they deal a decent amount of damage against Cruiser sized targets by virtue of lobbing many small missiles really fast.

HOWEVER… RLMLs have one painful drawback: They take 25+ seconds to reload.

So if you want to rush in, throw a bunch of damage at people, and run away… this is ideal. Not so much for “extended” battles (like in PvE).

An MWD, warp disruptor, guidance computer and 2 tank modules. I think I will go with extenders. For low slots instead, fit a DC and 3 BCSs.

Go out and give it a spin!

And remember, if it seems mediocre right now it is probably due to your skills.
That and it will not deal the same level of damage you are used to with blasters.

So I guess I should go with heavy missiles for PVE and RLMLs for PVP. For the cap modules and other things, I’ll try to figure out what to fit for PVE myself. Other than that, thanks!!