The Monthly Economic Report for February 2018 is now ready!

The raw data, including the killmail dump, can be found here (28.7 MB).

After repeated requests from the community, we’ve also included a large amount of historic market data with this MER. This data package contains almost 270 million rows of daily market data from October 2003 through to March 2018. Check it out in the dev blog!

“All graphs in this report can be enlarged by right clicking and selecting “open in new tab” in your browser’s options for more detailed viewing.”

Currently not able to open any of the graphs in new tab, Don’t know if its just me or something that others are having too.

Could we get confirmation that the production and mining figures are properly counting reactions and moon mining?

That report show’s that these peaceful blue donut times have been really good to a certain alliance, won’t be surprised if they turn around and stomp on everything soon.

All graphs in this report can be enlarged by right clicking and selecting “open in new tab” in your browser’s options for more detailed viewing.

Yay for going back to pre 2010 days on a 2018 renovated page which now has less utility than the previous version of the page.

That aside, it’s interesting to see that money supply has plateaued a little bit. While Delve races from one high, other areas reduce their income.
I also find it amazing that Delve outputs nearly as much production value as The Forge. And it’s again interesting to see how high sec only contributes 6% to the total ISK faucets. 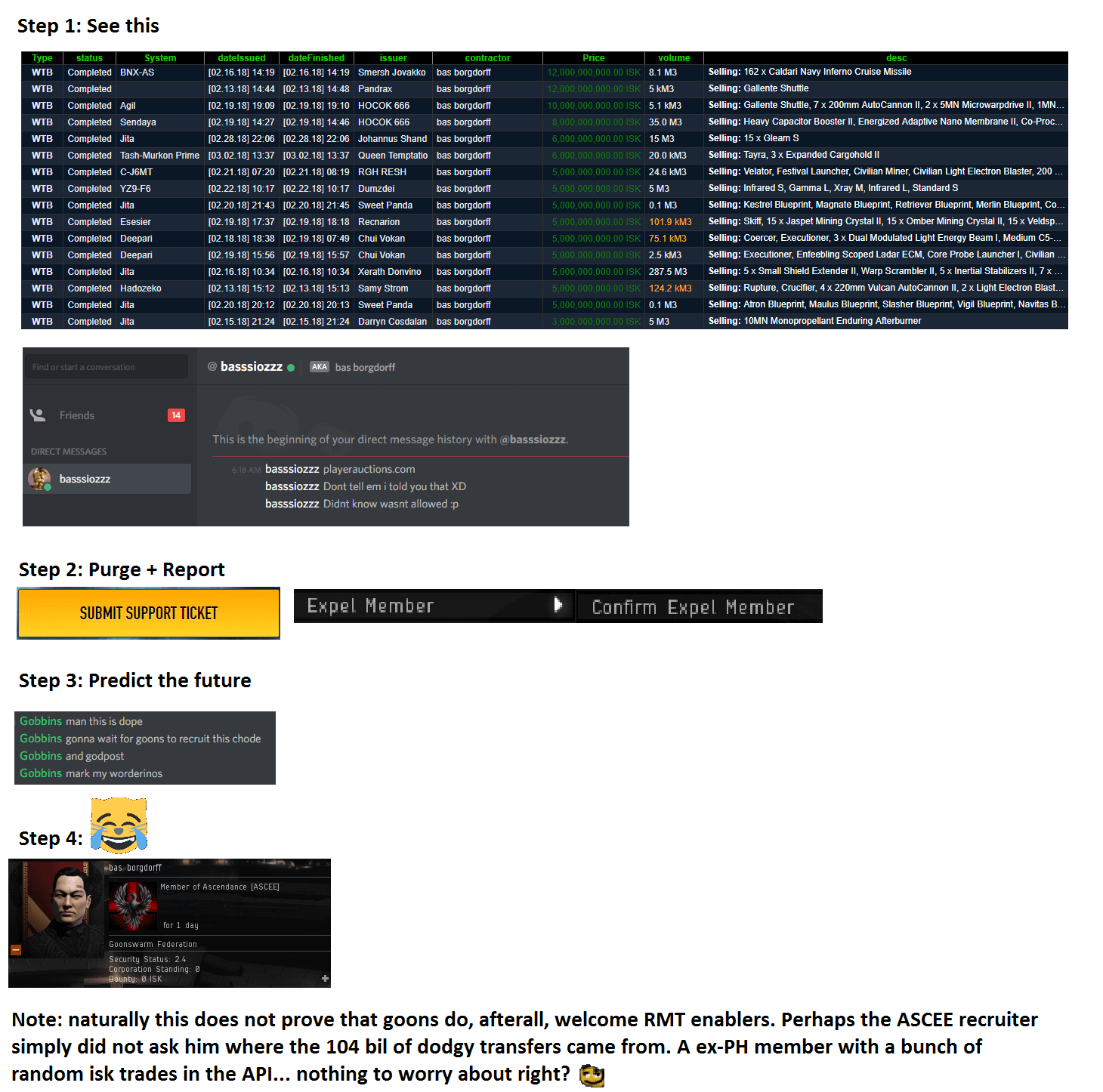 You seriously need to use a logarithmic scale especially for “Total trade value bt region”.

You seriously need to use a logarithmic scale especially for “Total trade value bt region”.

To be fair, they do provide a separate graph for total trade value that excludes The Forge.

lol u think delve has only botters or RMT? check again when u went true the other alliances and whole of highsec

lol u think delve has only botters or RMT?

You can always try finding the rest of botters and RMTers elsewhere. I would really appreciate it.

What’s the deal with mineral prices? Is there a reason they’re at a four-year low (and were recently at a 6-year low)?

Rorquals. And no one losing capitals and big sub-cap fleets because CCP destroyed all content taking place on a regular basis in the past with the introduction of citadels.

Players are responsible for their own actions and desires to not pick fights. Maybe EVE needs a thunderdome!

@CCP_Falcon @CCP_Quant are there any plans to fix the overzealous market data trimming algorithm so that the historical market data isn’t completely inaccurate and misleading?

As a quick example, there are a good number of days last year where the low, avg, and high prices in The Forge for several PI materials are all 0.01isk. Clearly this is not factual.

Even if past data may not be fixable, this would at least ensure that new data can be correct.

desires to not pick fights

Being sick and tired being dropped upon by a sooper dooper whenever you undock a frigate is not a desire.
But feel free you take your sooper doopers on a roam and see what happens - or not.

I second this. If you look at the price history, there are many items that look like nothing ever sells for the buy price, when in fact there is a robust trade at that price. I find the price history tab completely useless, except for volume data.

Maybe you could provide an option to turn off the trimming, so those of us who want to view the un-massaged data can do so?

Confirming that the historic market data dump that was provided is wrong, just like the API and the in-game data. Sample row:

Damn, I was hoping it was going to be the raw data