So since their introduction my mutated heavy drones keep their MWD’s on after launching, and never drop down to their Orbit velocity of 300ms, they cant hit anything due to their tracking when they are burning around at 1500ms. Cant find any forum posts on this so here we go!

Any clue as to whether this is being looked into?

It affects light drones too. They miss a lot of shots.

Because of this I think its currently not possible for a mutated drone to outperform the original, they just miss way too much.

they’re totally worthless right now, cant hit a damn thing, they go so fast that they cant even hit battleships.

Bug reported this WEEKS ago.

like, 3 days after they came out, that long ago.

And it’s still a problem.

This is SUCH a problem that they’re actually useless

I have tested, confirmed, and reported this bug. What we are seeing is the drone AI not switching from maximum velocity to orbit velocity; this behavior is controlled by range-based attributes which appear to be missing from the in-game instances of mutated drone types. 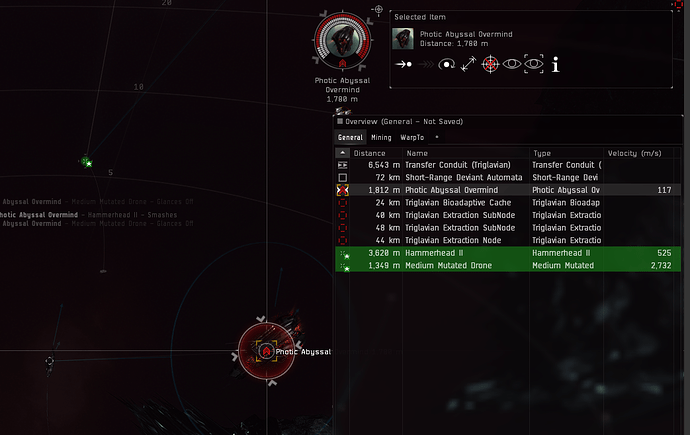 I further tested this the same day by having drones orbit myself, and received the same results. After discussing this with a few contacts internally within CCP after my testing, I believe that the appropriate people are aware of the issue as well as the fix, but I cannot determine how long this fix will take to percolate through the process and get deployed.

Hopefully they fix the drone AI too, they stop shooting when switching targets.

Hopefully they fix the drone AI too, they stop shooting when switching targets.

Unfortunately, the issue you are describing is unrelated to this; the issue being discussed in this thread is a missing attribute rather than AI behaving incorrectly. Once the missing attribute is added, the bug we are discussing will be corrected without modification of the AI.

Hey Fonz, any news on this yet?

We have identified an issue causing some mutated drones (of all sizes, barring Sentry drones) to never enter orbit speed.

We hope to have the fix out in early January allowing the mutated drones to behave properly.

Does this include a fix for mutated drone targeting bugs? (stops firing when switching targets, which also affects sentries too)

If only the mwd issue is fixed they will still be absolutely useless.

Does this include a fix for mutated drone targeting bugs?

Oh yeah, i forgot about those. My mutated heavys REFUSED to actually fire on some targets in lvl 4’s. Like, the icon showed they were on it, but they REFUSED to fire. Didnt matter if i switched them to a new target (which they would shoot), and send them back–some mission rats, they REFUSE to shoot at. Happened to me in, uh, right hand of zazmatazz… the named rats (like, ofulmi, or what ever it is)–they wont shoot those. they seem totally incapable of firing AT ALL, on the ships in missions that are ‘random’ spawns, or the ones that can change. even when recalled are redeployed, they just wont shoot a few of them at all.

Is this issue fixed yet?

before that, is it acknowledged yet ?

This issue has been resolved with todays patch.