I think New Eden should have its own police force.

Each PF would be able to patrol only the constellation that the Capsuleer signs up for.

The Police Capsuleer would train to fly ships ranging from frig to battleship.

The ship would be comparable to CONCORD’s ships but slightly less powerful.

A PC would patrol belts, gates and stations looking for flashy yellow, flashy red and -10’s.

A PC cannot be part of any Capsuleer alliance or corporation and could not actively attack any non-suspect, non FR or non -10, otherwise the PC’s permit to be a PC is revoked permanently.

PC’s could scan all ships suscpected of carrying contraband and assist the local Navies in taking down a contra band carrier.

I think a New Eden Capsuleer Police force would be and exciting new addition of specialty ships and skills.

Special missions for the New Eden Capsuleer Police Force given out at a New Police Academy would train the cadet in policing High Sec of criminals by putting the power of enforcing the law in the capsuleers hands.

PC could not actively repair any ship other than a PC ship.

Attacking a PC would draw the same consequences as attacking CONCORD, however, being able to outrun a PC would not be considered a bannable offense.

With the Capsuleer Police force in place, CONCORD’s reaction time would be reduced by .01% .Too keep gankers out of the PC force only PC’s with IP’ addresses that have never been part of a ganking corporation would be allowed to join.

so set up a corp and call yourself the police force.

So basically, they can do whatever any EVE player can do right now? Got you. Add in a little halt contraband workflow and sorted. So the only real change is adding the contraband flow. And add a over complicated corp like FW mechanic.

Dryson, always coming up with those exciting hairball ideas. Never ever change…

Lol, God Emporer Kane always the truth of uncertainty of not knowing anything other than a 10 million ISK mining permit. Now you know why gankers are overly simplified.

Thanks for bringing out the scissors.

No, the Capsuleer Police would not be able do what other Capsuleers do.

A Police Capsuleer could not:

1.Mine
2. Manufacture of any type
3. Engage in Duels
4. Run non-Capsuleer Police missions
5. Engage in war decs or FW
6. Repair non-CP ships
7. Apprehend ships with pilots having above a 0.0 security status (apprehend means being able scramble a pilot with a 0.0 and below security status)
8. Have a security status below 4.5

New Eden PC would have missions they could run to earn ISK for modules and ships, which could never be sold or traded by any means other than the police market.

There already is a New Eden Police Force, run by capsuleers. And they can attack any suspect, outlaw or criminal in highsec! True story!

Too keep gankers out of the PC force only PC’s with IP’ addresses that have never been part of a ganking corporation would be allowed to join.

You do know that VPN’s exist, right?

You wouldnt be able to use a VPN as a Police Capsuleer. Why would you need to hide your IP from CCP if you are playing a law enforcement character?

Only bots need to use a VPN.

Its not difficult for CCP to deternine what your actual IP address is. CCP would basically only allow VPN’s from reputable ISP’s, like Norton. CCP can then ask Norton to cross reference VPN’s of accounts to ensure bots are not being used or players who have exterpated, dont sneek back into the game.

Other transactions that PC would not be able to perform would be:

After all these years. Dryson still think I am one of the founders of Code.

At least I dont hide behind a fake avatar.

Im certain CCP developers would love sitting around at a table hashing out the details for new ship and weapon designs, new game mechanics, clothes, missions and not to mention special GUI for PC screens.

After all, if Dungeon Master can’t up their game and create new dungeons, perhaps the DM’s should be fed to the baby dragons. Baby dragons need food too.

The castle of a dungeon master that does not add new dungeons quickly becomes a relic in the swamp.

If CCP could do all that, then we wouldn’t have bots. Obviously, this isn’t the case…

No, its rather simple. CCP is legally allowed to audit its server mainframe in any manner consistent with ensuring the integrity of customer accounts. Such an audit would be leveled.

this is a bad idea and you should feel bad.

No, its a good idea, bad because you don’t like law enforcement punishing for a crime.

There already is a New Eden Police Force, run by capsuleers. And they can attack any suspect, outlaw or criminal in highsec! True story! 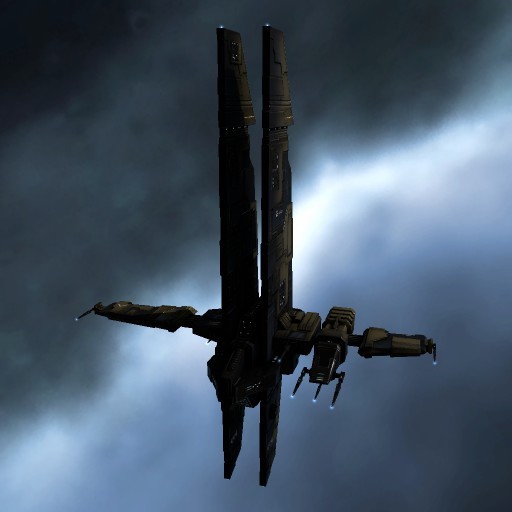 The New Eden Police force would be on duty when the player logs in and wouldnt be able to run a non-police based account.

The player could have three police player characters on one account.

The goal is to a fill a niche in the game with real players and not bot AI because bot AI don’t buy modules or boosters.

With a New Eden Police Force being filled with real players with ships similar to CONCORD, the criminals would have to up their game.

So basically EVE’s version of a mall cop. You don’t have any actual authority, you just try to hold the suspect there until the real police (Concord) show up…

I completely fail to see how this idea would benefit the game.

I doubt it would work technically like the OP thinks it would, especially I believe no VPN provider would grant CCP any information like “time stamps” or anything else that could be used to identify their users. It would ridicule the whole concept of offering a VPN service.

Last but not least, collecting data about behaviour (language, contacts, posting, login times) to create a personal user profile that could be used to identify and trace someone over multiple accounts and services is probably close to unlawful in many countries, at least in the European Union. And any agreements or terms used by CCP to authorize them to do it would just be legally void.

Ahh and before I forget: Its a horrible imagination to be surveilled this way as a customer, I don’t want that as a player. Sorry.