right now there is a severe lack of good mining ships in-game so far but the fact is that ore has no alpha player ships other than the venture. which makes me wonder why is there not more mining frigates in-game. This new ship could be called the eldorado and could be the better version of a venture in a sense but would actually be the grandfather ship of the venture. this older ship would have 4 turret spots, 6 high spots, 4 medium, 3 low, and 4 rigs. it would have a 7,500 mining capacity and would get a 7% mining bonus but would have the same states as other ships in gas mining. its top speed would be 150 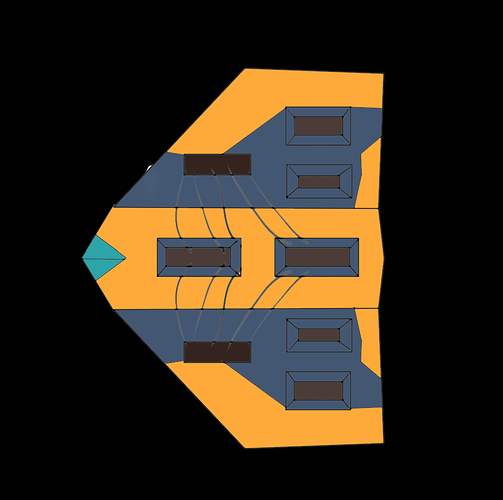 The basic logic behind not giving Alphas the ability to mine efficiently is that people are going to create giant bot farms for AFK income.

also, you’re right about that but it would be nice to have some more ming ships plus i see that the mining cargo is to high so I’m changing it

Alphas. Give 'em an inch, and they’ll take a mile…

The cargo isn’t the issue; the yield is. Bots can get around cargo limitations easily, but they can’t make a single ship mine more past its maximum yield efficiency.

again more miners would be nice for ever one plus there needs to be a miner between venture and a mining barge.

Play EVE for more than a single day before making suggestions. There isn’t a single ship in the game that has 4 mining turrets or 4 rigs slots. Not even Omega…

ok that can be changed

Long story short, it’s not gonna happen. This has been brought up by Alphas for years now. There’s a reason why Alphas don’t have access to higher-tier mining ships, or ice mining, or cloaks, or PI.

Forget mining, I’d like a destroyer to have that.

why is there not more mining frigates in-game

There are two other frigates, they’re for subscribers.
Alphas only play an extended trial version of the game.

Alpha don’t need more, if you want more then go omega. Also when will miners learn: if you make it easier to get (more) minerals (especially with an army of alphas) the value of those minerals will go down and you will have gained nothing other than having to haul more volume around for the same profits.

though would this be a good mining ship: Cormorant

Before there was no venture people mined and are still salvaging in cormorants. I think mining is so widespread in eve that ccp wants to keep the better stuff for omegas only, to keep some profitability of it for them. Or maybe not, and its a good idea to give tech1 mining barges to alphas, as we would not have to mine ever again as omegas, but do some other, less boring things. Who knows!

Yes. You have to pay if you want to use them.

we would not have to mine ever again as omegas, but do some other, less boring things. Who knows!

But the venture is a GREAT little ship. Leave it alone. Don’t buff it. Don’t nerf it.

I like your idea for the El Dorado but why not add more high slots so it can fight back, also I think a 10% mining bonus would really be sweet.

Outside of having 4 rig slots and being alpha friendly, what you just described is an expedition frigate. Both Prospect and Endurance have bonuses that effectively give them four mining lasers with extra utility high slots as well as having larger ore hold. Endurance has 4 mid and 3 low slots while Prospect is the other way around. Prospect even has a 10% mining bonus per level if you count both skills.

Play EVE for more than a single day before making suggestions.

They need to learn how to type fluent English, much less make suggestions.