Can someone model me a garmur skin all matt black with a red knight rider strip on the the hood.

I’ve been wanting a matte black line of SKINS ever since Core Complexion lost theirs for a deep pea green.

No skin in the game so far is making any changes to the mesh, which is why I believe that they don’t have any procedures in place to even do that. Heck, skins barely even change any textures. Most skins just juggle around a few color values.

. Heck, skins barely even change any textures. Most skins just juggle around a few color values.

wow thats fckin awesome, coud be a bit more black though. there is a dramiel skin which has flames burning on the front forks. I think thats what your talking about with mesh check it out and see what you think

Nah, the mesh is the “hard surface” of the 3d object. It’s basically just vertices (read: dots) that are connected by edges to form triangles. It looks a little something like this: 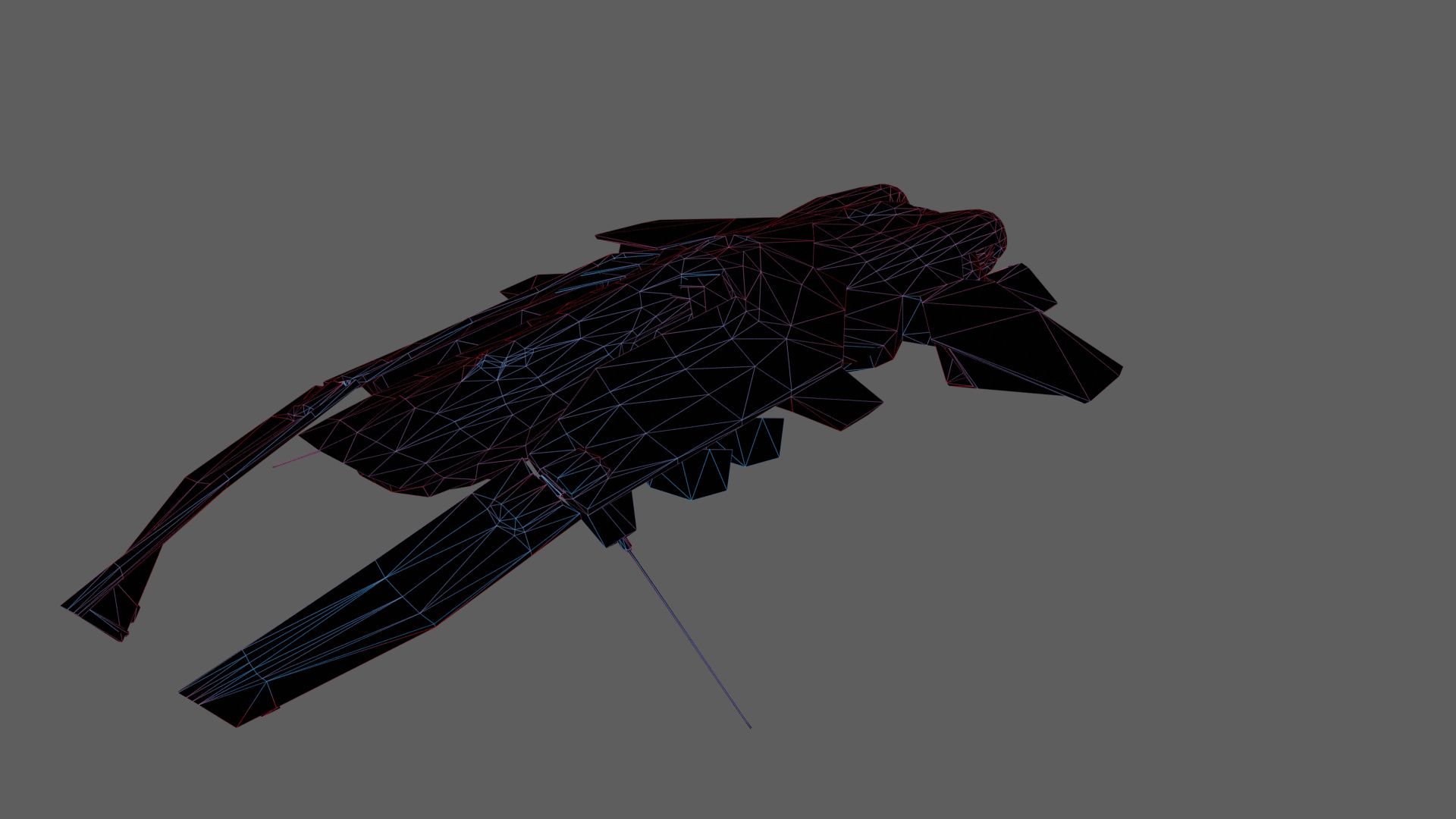 If you want to add let’s say an antenna to a ship hull, or a sensor dish, then you need to modify the mesh. I have in this case inset the running red light on the Garmur a bit to make it look more like the scanner light on KITT, but that means I had to modify the mesh.

Those flames you see on some ships are not part of the mesh. They are just particle emitters.

For an example of what I mean, have a look at the Moa and the Onyx for example. They are mostly the same shape, but the Onyx has those bulky blocks on its wingtips. That means that the Onyx is not just a reskinned Moa, but it actually uses a different mesh.

ok i get what your saying. well I still think they should do the knight rider skin/mesh -) thnk you for doing that

Maybe they can find another creative way to incorporate the KITT scanner. Something like they did with the police lights on the kronos police skin.

This needs to become a thing.