Yeah, why not make them identical to t1 ships, just charge alot more for them.

To do scans with, duh

As this will directly affect my play style, I will be watching CCP’s patch notes very closely regarding this topic.

I believe the arguments for the advocates of this change can be summarized as ‘an imbalance of Risk vs Reward’ concerning this PvE activity, so they would like to see it changed, either introduce more risk, less reward, or a combination of both.
That’s their prerogative, but then I’d like to ask these advocates what changes they are expecting to see in New Eden after they’ve gotten their way.

Questions that are difficult to answer, especially without any concrete details concerning the ‘discouragement’ that’s rumored to be implemented. If you are supporting this change, please let us hear what you think/predict will be the (main) consequence of that change?

My personal thoughts/predictions for the consequences:

My personal thoughts/predictions for the consequences:

I agree with all of this.

Running with what you said, the very few people that do abyssals in Low/Null/J-space (and the few people remaining in high sec) will then benefit from the skyrocketing mutaplasmid and abyssal module prices, and benefit from the cheap filament prices.

The people that move to Incursions, will engage in a much more social activity, and player interaction in high sec will increase. The people doing abyssals will also need to coordinate with friends or corps to cover their butt, or possibly get blown up, so player interaction is also incentivized (whether for protection or for piracy).

Overall, I agree with your prediction and see major benefits.

Goons been doing it forever.

Unsure if the market will respond like that, but I’m sure it’ll profit null again as they sell stockpiles off.

All of which should increase the profits to be made running lower tier abyss - I might even be tempted to run some again.

Considering they didn’t mention it at all as even being looked at, I wouldn’t wait up for it. I think they are more concerned about the pvp meta than the afk drone farming meta right now.

What extra risk are you taking in your umbrella-protected Sov Null bubble?

No umbrella is saving a subcap ratter. Period.

Response fleets are highly unlikely to get to carriers or supers in time either, particularly if the aggressor is an NPSI / WH group. There is considerable risk putting out caps for ratting purposes. Not to mention switching BRM to 100% floor does nothing for the combat anom respawn nerfs which largely keep caps out of ratting still as even the best true sec (-0.7 and lower) systems with maxed out indexes won’t provide enough anom spawns to cap rat.

Umbrellas will usually get to rorqs in time though, due to PANIC.

You have a warped understanding of null sec. There is reason why most destruction takes place in null, despite the pop being lower.

Given your position, your real enemy should be high seccers that enjoy near perfect safety whilst making significant ISK in abyssals, burners, incusions. Thankfully that is where CCP is switching some of the content from high sec to low / null to help incentivise people taking more risk for more rewards (the abyssal changes that have been suggested).

I’ll say it again @Ramona_McCandless it’s about time you tried null sec, you’d realise how daft you sound. You’ve literally bought into just about every meme that gets parroted about null.

HAC and faction rebalance is here

Hello Capsuleers! We have a number of balance updates coming with the Uprising expansion which some of you noticed on Singularity yesterday (and will be returning to the test server soon). This thread is to tell you about the changes we’re looking to make Navy Ship Blueprint and Material Cost Updates Along with the balance updates, we are adjusting several aspects of how these ships are acquired / created in-game to ensure they remain affordable to manufacture and fly. Blueprint LP Costs a…

There is reason why most destruction takes place in null

your real enemy should be high seccers that enjoy near perfect safety whilst making significant ISK in abyssals, burners, incusions.

You mean Null krabs holidaying in HS. Yes but apparently those abyssals are getting moved to Null, so… Back to square one really.

And like I said Ill just become a billionaire in RL and grow a third arm while Im at it too shall I.

I guess they are just smarter than you all?

I guess they are just smarter than you all?

Goons have always been smarter than you all, from the days they owned null with their frigate fleets to the destruction of BoB. 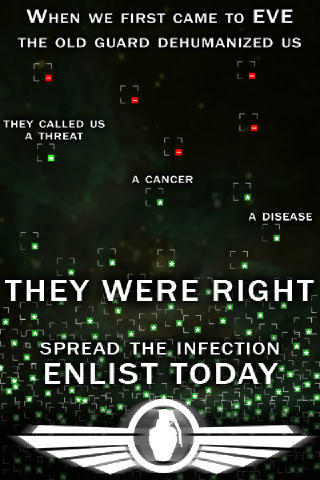 Well I find it hard to believe one null bloc has discovered this and not others.

I can only conclude Dark Shines begged on his knees to daddy CCP in order to buff null further.

All it cost him was his dignity

All it cost him was his dignity

You can’t lose what you don’t have

You think krabs value dignity over the chance to get more?

Ofc they are doing what all the other Nullords are doing. They are also asking for more on top.

Its hyperkrabbing at its most refined.