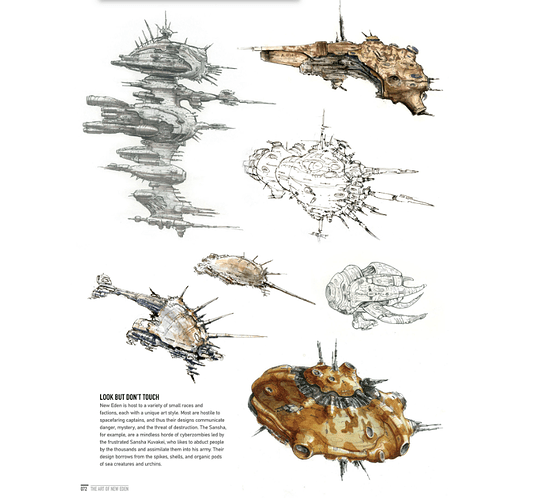 you expect cyberzombies to mix nature and machine together and look decent?

I think it looks simpler in game because 3d modeller had an upper limit of triangles imposed on him, that can be used for final model. When you see concepts like that, they are very organic, but in game it looks more mechanical, simpler.

Btw its not nightcare. Its nightmare.

Succubus doesnt look any near like the concepted one tho. I think the one concepted looks 200% better. It doesnt have buggy “eyes”, the “antennas” look meaner, and there is no separation between “head” and the rest.

But who ever knows what was the opinion of the lead game artist back then, who were shown the 3d model…