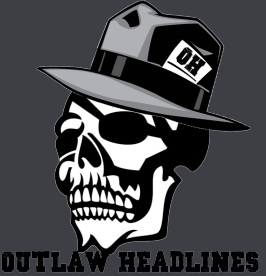 A strange “news board” of sorts that comes from a unidentified source. It’s uncertain who owns it, as the name of the author for the articles here goes by a different name each post.

Outlaw Headlines has an exclusive report coming out of the low security backwater of The Forge region.

On the surface of Akkio IV in the system of Akkio. A run down mining colony brandishing decayed markings linking them to the Wiyrkomi Corporation can be found among the structures. But this colony isn’t simple a hollowed shell. But had a population of 2,653 slowly but surely all dying from malnourishment and sickness. No Wiyrkomi Peace corp security personnel could be found on site. Which in turn made the colony a lawless ghetto as families would steal from one another - sometimes violently - in order to obtain precious resources to tend for their own.

This madness has only recently come to a end after one week of Guristas occupation of the colony. The Guristas came peacefully, carrying with them a bounty of medical supplies and food. This cargo of course having first been stolen from a Federal cargo ship crossing the Caldari Border. With armed security present the Guristas began handing out the supplies and establishing order. A former foreman of the colony was selected to take over administration and the colony is just now getting back to its original mining operations.

While this can almost certainly be seen as the Guristas exploiting some desperate colonists to not only start digging for them. As well as adding a friendly colony to their collection to harbor contraband or fugitives. It does the beg the question of just why the Wiyrkomi Corporation allowed this colony to fall into such a depressing state that the Guristas could come in and look like heroes.

The answer - is because it doesn’t officially exist anymore.

The colony was established in July of YC 119 to extract the planet’s natural source of Carbon components. But failed to meet quotas for three months straight with the outdated machinery handed to them. Outdated machinery, that was built during a time with more primitive safety regulations. As such employee fatalities were more common than not. The Director that lorded over this colony, Ailf Vuoltzer. Made the sinister call to pull funding and anything of value. With 6,542 residents being a struggle to resettle elsewhere. The director had Peace corp security recovered along with select specialists settled there. The common men that were put there to work for the glory of the State were abandoned with no funding, security or any future supply deliveries. The colony was removed from the Corporate database and never spoken of again.

It’s a sad day when normal law abiding civilians have to be saved by pirate forces due to the greed of their government. But this is not the only case of a colony being forgotten by its owners and left to rot away. Simply one of the few to get lucky and be saved from a painful and slow death from unlikely heroes.

I’m unsurprised that the Outlaw Headlines is still about. I wonder what madness they’ll bring with them this time other than their headline stories.

Can I safely assume this news source is as trustworthy as one can expect a news source with anonymous publishers to be?

Well, after those years of living in a lawless anarchy, they’re probably about ready to join the Gurista ‘family’.

This is an Outlaw Headlines exclusive report coming straight from the databanks of the Imperial Inquisitorial archives.

Our story begins with a traveling Federal merchant making his rounds through Imperial space. After doing business in the Tash-Murkon Region the merchant vessel makes its way out to the Domain region to pick up more cargo. However, just before he could jump into the system of Taru. He’s jump request was denied and was hailed by custom officials posted to lower their shields and prepare for inspection. Customs Commodore ‘Xazel Moltz’ report-ins to HQ about halting the vessel for suspicion of smuggling heretical contraband. Roughly twenty minutes of this call going out. The Commodore reports back in updating that the ship’s crew and Captain were being taken into custody for carrying contraband.

What would look like another day at office for the custom officers. Has a lot more going on underneath the surface.

The merchant and his crew were reported to have been detained by the Commodore. But not one of their names showed up being processed in any detention center in the constellation. It was if they vanished from the New Eden cluster. After an Gallente ambassador made inquiries about the missing citizens did the Empire decide to dispatch an Inquisitor to investigate into the matter. Not only to avoid this trivial matter creating a bigger mess. But to figure out what is going on in their own ranks.

The Inquisitor first questioned the Commodore who authorized the arrest. Transcripts of their conversations reveal that the Commodore found crates of Sani Sabik scriptures and neatly packaged bleeding machinery. (Some assembly required) all of this hiding under legal cargo such as spices and silk. He did his job and handed them over to another ship to have transported to a detention center.

Except a bridge officer of the Commodore was brought in for questioning as well. He reveals that what the Commodore did was against protocol. In the constellation they were stationed in. All detainees were to remain aboard the ship until the patrol was recalled to HQ be replaced with the next shift.

Adding to This, the Inquisitor Made inquiries at a impound facility housing the merchant’s vessel. Officers there cooperatively report that they didn’t confiscate any contraband. The ship was only carrying exotic Amarrian spices and silk.

With all this information, the Inquisitor orders the arrest of the Commodore to be detainees for further questions.

Outlaw Headlines will continue to follow this story as it develops.

Got to say, the portrait is fantastic!

I’m going to 2nd Lasairiona’s comment. Please proofread your articles before publishing. I had to stop reading in the middle because it was just becoming a jumble of words with random punctuation throughout. I would expect a news agency that wants to be taken seriously would be a bit more professional looking than this mess.

In other news, cops enjoy donuts, and doctors like to play golf.

Tobe honest, having poor grammar is illegal in some places.