Don’t autopilot, never. Fit for fast align as said (<2s, no matter how much, makes you almost uncatchable). In case your ship is valuable or has valuable stuff but can’t be under 2s align, train and use MWD+cloak trick (google it), to be likewise safe. Going for covops cloak later is worth in any case.

Ccp gives us a new Sunesis every year on capsuleer day. So there are plenty on the market. It costs about 10mill, but until you have enough to buy one, you probably don’t need one.

They take practically no skills to fly. But if you have skills the other destroyer options are usually cheaper. As far as I am aware though no other destroyer has the same combination of fast align and large (for a destroyer) cargo hold.

Thank you for your advices!
I do not use autopilot anymore unless it’s a capsule

Fit for fast align as said

Thank you for the tip! Dully noted for the future!

It costs about 10mill

10 mill only? Maybe I misunderstood? BTW, can it be reverse-engineered?

if you have skills the other destroyer options are usually cheaper

Yeah, but I would love to be able to move around in just one ship for my exploration and some PVE combat - these two activities seem to be quite incompatible ship-wise. On the other hand, other destroyers are 1 mill only…

Thank you for sharing your thoughts!

You’ve not misunderstood, it is around 10mill last I checked.

Fit right it can definitely do PvE sites, at least the ones suitable for a destroyer. It was fine in the drone event a few weeks ago for example.

I can also be used for PvP with a suitable fit, skills and experience.

Edit: I’ve just checked they are a bit more expensive than I thought, currently over 15mill, closer to 20mill in Jita.

Just one general advice, carefully read the description and stats (buffs, debuffs) of a module. EvE is balanced with a decade of expierience. If a module gives huge benefits it usually has severe drawbacks. For example cloaks hide you from being seen and found by other players, but cripple your combat capabilities, even when fitted, on non specialized ships.

Edit: I’ve just checked they are a bit more expensive than I thought, currently over 15mill, closer to 20mill in Jita.

So they are available to buy, thanks for checking it! But… just I am not really sure if I want a ship which cannot be insured, easily replaced, or anything - when it’s gone, it’s gone. Because one day it will be gone anyway.

Yes, there is so much to take in. That’s why I am still flying with my rookies’ ships and rather experimenting with different sets of modules. Can’t even decide into which ship after my frigate to invest, or what type of weapons I want to use

Also, I was thinking, what’s the point of the insurance? If all modules for a ship cost 10x than the ship itself, (300K ship + 3mill modules) and the insurance is for the ship only. Isn’t it a waste of ISK?

Just one general advice, carefully read the description and stats (buffs, debuffs) of a module. EvE is balanced with a decade of expierience. If a module gives huge benefits it usually has severe drawbacks. For example cloaks hide you from being seen and found by other players, but cripple your combat capabilities, even when fitted, on non specialized ships.

Thank you for the advice! That’s the reason I am spending hours studying attributes of everything and can’t decide on anything

P.S. The Eve’s decades of experience lifts the game out of the video-game-level, in my opinion. It’s like a chess game on steroids when considering all the possible moves

Myself bought 552 of them a few months ago for my giveaway (paid for by a donator) and some hundred more for personal use (from my own wallet) over the years:

5 bil ISK donation spent in preparations for an upcoming giveaway aimed at rookies. ★ Prelude ★ Purchase The past few weeks I’ve spent the 5 bil donation on Sunesis destroyers. Total items purchased 552 Total spent 4,999,633,000 ISK Average spent per item 9,057,306.15942 ISK Remaining balance 367,000 ISK ★ Future giveaway Similar to an earlier but much smaller scale giveaway the Sunesis destroyers will be given away one by one over time to rookie players in starter…

And it can be fit for both sub 2 sec align AND exploration at the same time: 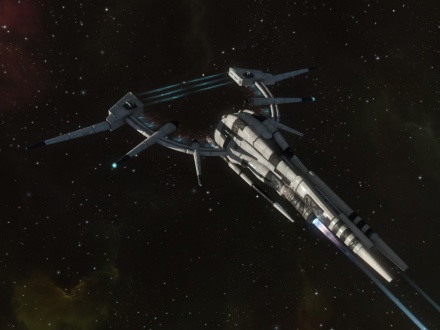 Though this is a general purpose fit so can always alter or even come up with an own fit specific for your own use cases.

So yes CCP introduces more quantities of the SoCT ship line regularly enough for them to be constantly available and are fairly affordable and generally worth it for their price as they have minimal skill requirements and good stats for what they are.

Also, I was thinking, what’s the point of the insurance? If all modules for a ship cost 10x than the ship itself, (300K ship + 3mill modules) and the insurance is for the ship only. Isn’t it a waste of ISK?

Insurance is simply a bet on whether you lose the ship or not. If you do you get a bit of money back to help buy the next one. I insure all my PvP ships, but not my PvE ships.

Thank you for your reply!
But it got me confused - is it a giveaway or a sale? I found on your site listing Sunesis for 1 ISK?
The EVE’s golden rule to rookies like me - if something sounds too good, then it’s too good. So what’s the catch?

You looked at the end which is part of the second half of the page and those are buy orders, they pay that much for a Sunesis NOT offer one. The first half of the page is for sell orders those are how much you can buy the Sunesis for.

I am sorry, my bad - I power-scrolled/scanned so I missed the “Buy Orders” title

N.B. That’s why I got blown up sometimes - you miss a detail, and you are a goner

you can also when you have the money to pay for it, hire dedicated haulers to haul your stuff

Check out the “how not to be ganker bait” section of this thread.

This topic is interesting to me, because I also like to move around a lot- and I hate having assets in multiple stations. Consider keeping most of your wealth in the form of Isk / PLEX, that way, you can take your assets with you- but you don’t lose it if your ship gets destroyed along the way.

If one wants to move valuables around eve use a blockade runner.
cov ops cloak w/ micro warp drive for the initial speed burst to reach warp and your good to go.
the rest is you needing to know how to fly cov ops, and move while cloaked.
Helpful tactics, have bookmarks that let you see where you want to go and stay unseen.
AND know your routes, the terrain and the locals.
Do this and your as safe as you can be. Until another player actively moves against you specifically.
Good Luck and Happy Hauling

Thank you very much for your valuable advices!

That is a very contemporary approach - the most safe and efficient. Ppl are increasingly using it in real life too

Just one problem in EVE - quite often you get very small amount for some of your things. But as advised earlier, I am testing the courier contract service, will see how it goes