\o/ Woohoo on the leaderboard! These are so fun

Hmmm not sure, maybe I made an error moving data over from the spreadsheet and got the rows misaligned. Unfortunately the way I’m doing this has several manual steps so mistakes can occur, I’ll try to be careful.

With this current update as of 19:00 you’re back to 22 though - did you have another win since this morning or did I get it right this time?

If this event consists of 2v2 fights, why are solo pilots listed on the leaderboard?

Should it list the pairs of pilots that won in each position?

‘Event’ is the wrong term to use. An event gives rewards to everybody who participates. This is a competition between various teams with a Leaderboard that gives special rewards to the winners.

in you counting system Mark play better that John . ( He pressed button “to battle” more times ) =)

As correctly noted above Elo would be a good alternative and would avoid this situation.
But Elo will be very hard correctly implement in this case

+1 for bringing up a very good point.

If this event consists of 2v2 fights, why are solo pilots listed on the leaderboard?

Should it list the pairs of pilots that won in each position?

+1 for bringing up another very good point.

So basically this methodology of counting only victories without checking losses, without accounting for SP level nor fit limitation means that people who are doing nothing of their life and have ISK in game are bound to win the leaderboard. Wow. You manage to take all the default a competition and its ranking can have and put it in a 16 year old video games. Why can’t people putting those things in place look into what is done in literally every other game?

Fix it with proper win/loss ratio, put more limitations (number of matches a day, fit restricted to T2, etc.) and then maybe, maybe pilot skill will matter instead of pressing overload F1 with 2 caracals like 90% of the people jumping in there. Either that or bling fit to insure victory due to complete imbalance just because you have ISK.

In the meantime, never has the FW nor low sec been so empty… great job isolating and segregating an already small community into even more specific and unreachable places to make every bit of space completely dead. And if you don’t believe me, check your so called leaderboard: it contains half of the main low sec FC…

with such a variety of ships and options to be flown its pretty much impossible to bling a 5b ship and come out ontop everytime even a vexor with 3b isk fit it barely tanks 1k with high grade asklepians and strong drugs so nearly every pair of cruisers can blap that…an ELO system would be great instead of just having the no lifes on top if you fit a 2b buffer caracal theres still a bunch of counters to it theres no blinged out ikitursa here that can win everything you fit 5b in a vexor or caracal you will die when you play someone worth while…or even neuts will kill those blinged guys so fast stop thinking about a 1v1 situation where bling really helps where bling on a t1 cruiser really doesnt benefit a whole bunch…ofc it helps but ehhh… ELO system wouldve been a much better way to go.

Plus the “we want to know how many raw victories”. Well I can give you that number: half of the activated filament will result in a victory, and half in a defeat. You’re welcome!

More seriously, the argument from CCP Convict regarding the no life part is completely wrong. And it’s not me saying it, it’s his own leaderbaord. Guados is at the top right? Well guess what, he started at 07:23 this morning and hasn’t stopped since… it is 21:45 even time. That is 14h30 of non stop provinig grounds. How is the argument holding now?

Plus the “we want to know how many raw victories”. Well I can give you that number: half of the activated filament will result in a victory, and half in a defeat. You’re welcome!

Wrong, there are draws which do not count as a win for both sides.

How does it change the fact that it adds extra incentives to bling your fit?

I think ELO system would work fine, but only when paired with fitting limits like AT (3% hardwirings only, no drugs, t2 modules max) to keep it accessible.

ps Check tikk’s killboard before concluding effect of bling. Works pretty well so far for him.

There are a few draws but overall it is 2 wins vs 2 loses as I soon as one falls the other one dies in a fire.

As for Tikktokk, I know those fits very well cause Mav’Lite and I theorycrafted and flew this style with crows/keres/hyena in 0mega. all the way back in 2014/15 with insane effectiveness in small gang, before they got nerf to the ground. So “bling” like Guados isn’t mandatory, agree, but except for one or two scenarios it is as or more effective.

And the issue remains with the no life part, where people playing decently 15 hours a day will be at the top “by default”. Hence the ELO/balancing. I mean even AT had fit limitation, with stakes much higher (trillion worth of ships) so why not this mode? Unless it is planned for later, but I really don’t see the point of launching something with such loop holes in the first place…

Theres really not much incentive i could afford to bling my ikitursas and etc because i actually profited here your always going to lose regardless of how you look at it really…as i said very easy to kill a blinged t1 cruiser when they come across something/people that can fly a ship anyways.

Please re-read my post. I am not talking about impossibility to kill a cruiser (although so far nobody managed to kill tikk+chori caracals despite their mistakes). I am talking about necessity to spend obscene amount of isk to be in the top (should elo be introduced), since in non-open world low-complexity situations such as 2x2 arena, bling >>> skill. You cannot beat 10b caracals with 100m mallers no matter how good your skill is.

I would prefer pvp grind to isk grind any day.

Will there be separate “win-count-lists” for the other proving grounds (5v5 & 3v3) or will it be added up into a single mess of list?

@CCP_Convict how many wins do i have?

We had Tikk tackled and we were in ships that should have turned his Caracal into a flaming scrap heap. the best we were able to do is scratch his shields down to 70%. would love to see how that thing is fitted! i.e. there is no killmail of that fit afaik 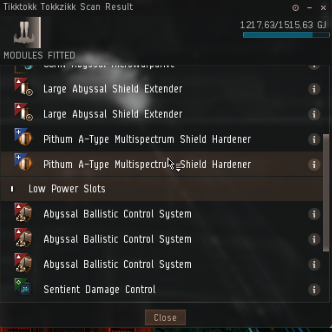