When users double click in space, the ship align to that spot.

Provide an interface option to disable this behavior.

This should be a toggle, with both button and keyboard shortcut

Why does EVE require this misclick/misinput mitigation feature? Why does this get special attention that other commands, such as overload on/off, don’t get misinput mitigation? If a player doesn’t want to align in space via double-click, it seems to me that the onus of not double-clicking falls onto the player.

Patient: Doctor, when I hold my arm like this, my arm hurts
Doctor: Then don’t hold your arm like that

Maybe dont double click somewhere if you dont wanna align there then?

The amount of times people have drifted out of position because they somehow double clicked whilst spinning the camera is pretty damn common.

I’m not convinced it deserves changing. But it sure does happen a lot.

It’s an issue on the user’s end the user should fix, but a band-aid for that would be appreciated if you’re affected, even if only temporarily.

but a band-aid for that would be appreciated

Buy Your Own Bandaid (BYOB)

Okay, so the problem here is that mouse switches will start registering false double clicks as they get older. The guy who wrote the linked article seems to think that this a process that takes years, but I start having the problem every 6-12 months -which I assume is a consequence of me being a no-life multiboxer that likely makes an astounding number of mouse clicks per month when compared to the average person.

Anyway, I like to prolong the life of my mice by soldering on new switches when necessary, but I will kill a mouse every now and then. Moreover, you can’t expect the average player to have to have to solder on new switches, implement DIY debouncing hacks, or constantly be buying new mice.

Of course, false double clicks are not a problem that is unique to Eve, but Eve’s control scheme provides ample opportunity for false double clicks to result in unintended inputs (namely unintended aligns). Thus, when mice buttons start going bad, it tends to become a headache in Eve long before it becomes a headache in other games or in the windows desktop environment. For example, I once started having double click issues in Eve a few years back, but had used up my mouse buttons and hadn’t ordered any more. So, I order more and kept on playing over the next couple of days. Eventually, I had enough, and decided to use my laptop mouse in the meantime. To my surprise, the laptop mouse was even worse!!! I hadn’t even noticed the problem when using my laptop for things like word processing and watching porn, yet 10 minutes in Eve clearly demonstrated that the mouse button was going bad.

So that is why people are advocating for double-click-to-align to either be an option that can be turned off, or to require an additional hotkey to work (i.e. press and hold alt (or whatever) while double clicking in space). 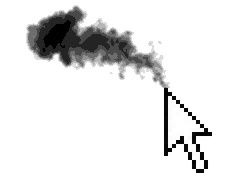 Hacking Your Mouse To Fix The Misclick Of Doom

Ever had your patience put on trial by glitchy mouse buttons? That is one problem that simply should never have been on any half-decent mice.

I know that issue, that’s why I was mentioning it… Invert mouse buttons until you got it fixed or a toggle is implemented.