I am not one of those people thinking Eve is dying. I have been around long enough to see the small numbers online (5k online was a record) to almost 60k online.

Software, regardless of how fast things seem to change, has long term sticking power. I can name dozens if not more that have been around 20,30+ years that I use for my RL work. It’s more unusual for games, but here we almost two decades latter and Eve is still here.

Eve has survived the test of time. Is it in decline? I can link to several posts talking about that but I would say it’s just returning to its roots – niche game for niche players.

But, it might be worth for CCP, in the coming future (no time frame) to do what Blizzard just did with re-releasing Vanilla WOW. Many of my friends, having not played for years, are taking the week off and returning. They will probably play for a while or the truth about nostalgia will kick and they find out it really is not that much fun. We’ll see.

So, is it worth re-booting Eve. Whatever that means?

I think the fear and it might be real is that many players would leave and not come back.

At the same time a fresh universe can allow CCP to apply lessons learned and spark Eve again.

No. This thread keeps popping up and the answer is always no. 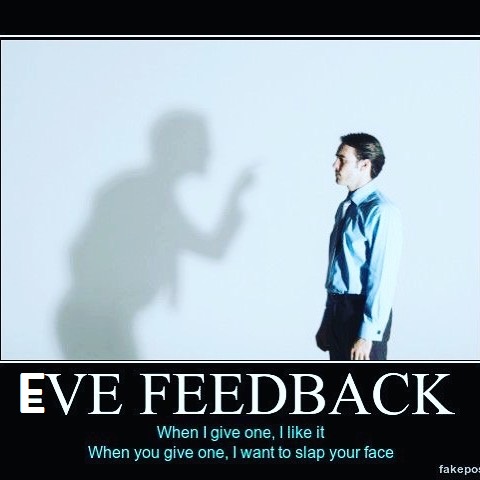 At the same time a fresh universe can allow CCP to apply lessons learned and spark Eve again.

it is not possible - Eve is so monumental game it cant be restarted - and it is not needed - all CCP need to do is stop listening to CSM guys and start listening to its community as all. This guys from csm are disaster for this game and always was.

This idea gets dumber every time someone suggests it.

Trash idea. This will never happen.

The OP might appreciate this context from the most recent closed thread on this subject:

Yes, it must be because nobody likes your ridiculous idea.

They’re fundamentally different constructs. WoW is telling a story. If people want to take a little nostalgia trip down memory lane, that’s doable there. “Aw man, remember that time we wiped on Onyxia because the idiot warlock - it was always the warlocks - ran into the eggs???”

In Eve, the players are writing the story. The experience you’re nostalgic for wouldn’t even happen again.

Meanwhile, the whole game is predicated on one giant, singular universe with a single economy and a single political landscape. So, no, splitting it with a “classic” server isn’t remotely viable.

And a reset - literally flipping over the table mid-game because some people don’t like the way it’s going - is so stupid as to not warrant further comment.

I think the OP innocently walked into the bar with a ‘makes sense to me’ suggestion, and the ferocity of the responses is the surprising part. No “welcoming community,” no reasoned rebuttal to reasoned suggestion.

What might help mitigate this effect for future forum posters, is a stickied post describing frequently suggested topics that have been discarded by CCP. @CCP_Falcon, do you think it could help, could you maintain that kind of top-level post?

What might help mitigate this effect for future forum posters, is a stickied post describing frequently suggested topics that have been discarded by CCP

Maybe…it could be called the “beaten horse” subforum!..or perhaps using the search function before making a new topic to see if it’s been talked about ad nauseum already might help…nah, unrealistic, sorry.

So, is it worth re-booting Eve. Whatever that means?

I stand by my reply post in the thread that was linked above (and answered and locked by CCP):

I’m not offended. Eve Forums are another form of PVP. I did search the topic before posting but failed at my search skills. HA!

I’ve been around long enough to be ok with kick back.
Truth be told, I recently returned because of the Nullsec Local Blackout. I remember when that used to be suggested 10 years ago and posters got grilled for it. Be here we are.

And it has helped make Nullsec feel big again.

As for re-releasing being a cash grab. Sure, thats one perspective. But I am not suggesting a return to Eve “classic”. For example, imagine an Eve without caps or structure grinds.

And to end this post on my end: I love Eve. Don’t think its going to die. And happy with the way it is now.
Was more curious as to responses but lol. I got it

imagine an Eve without caps or structure grinds.

If that’s the alternative to what we have now, YES.

Please refer to THIS post by CCP Falcon Regarding this Topic.