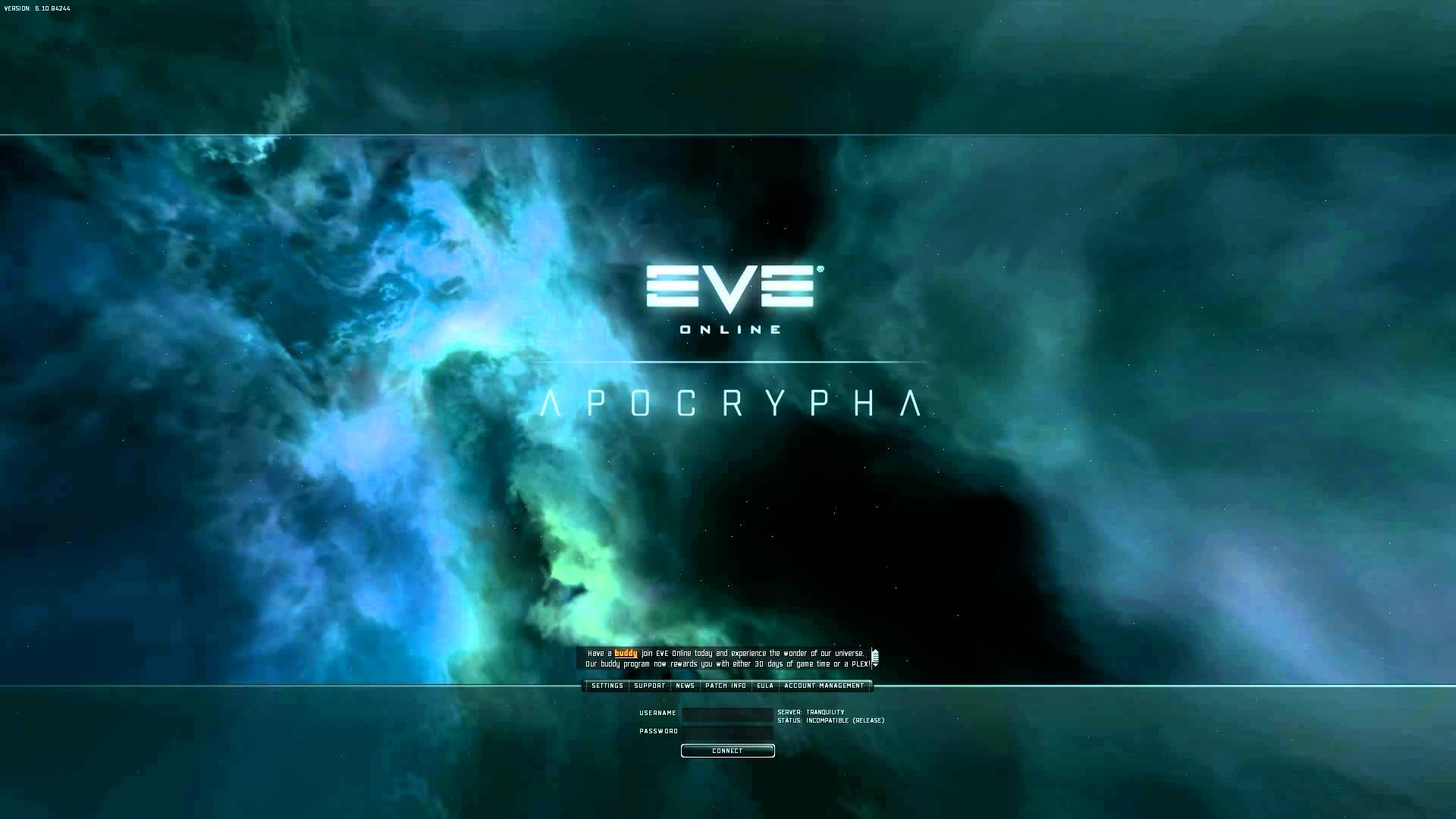 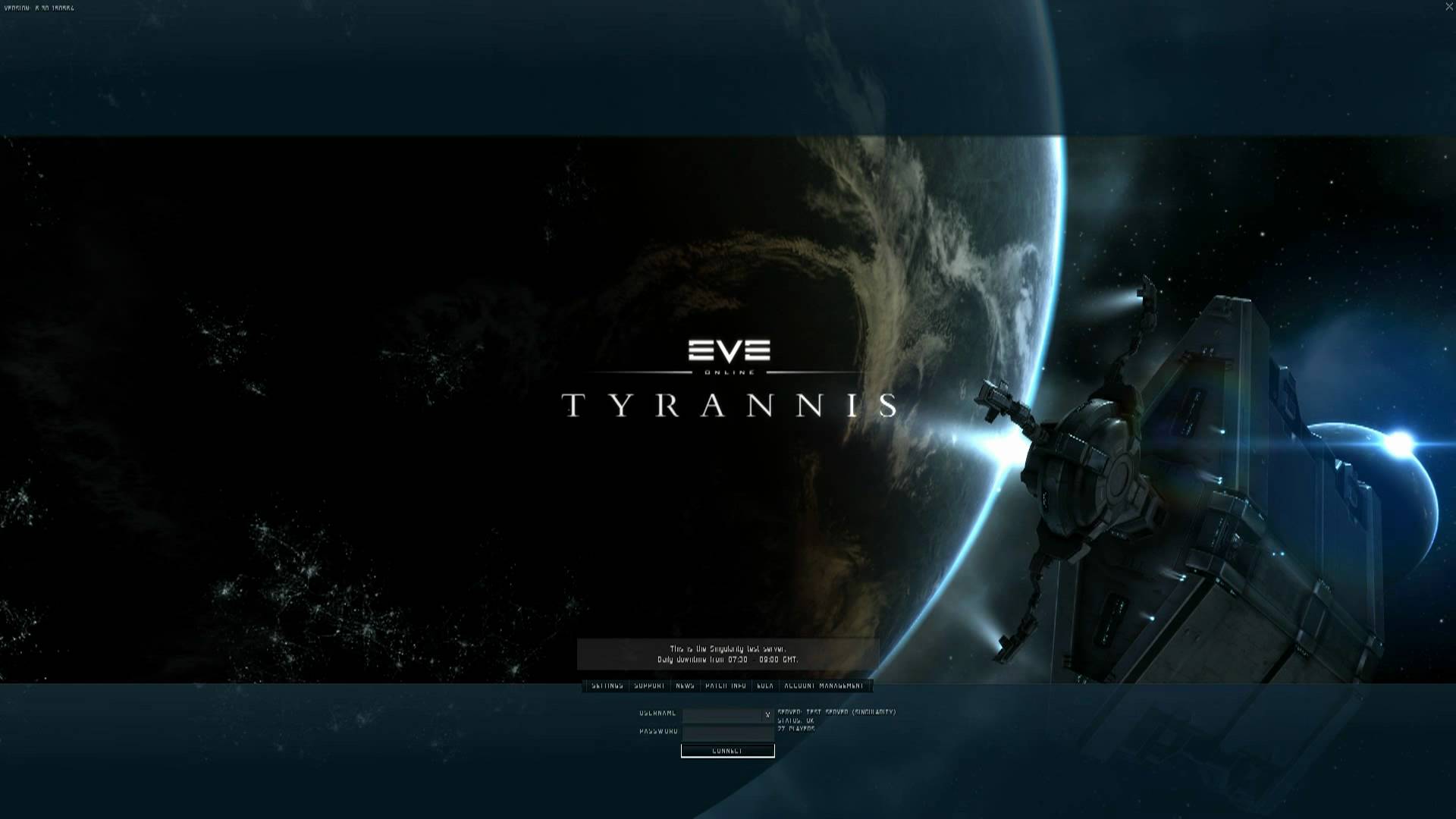 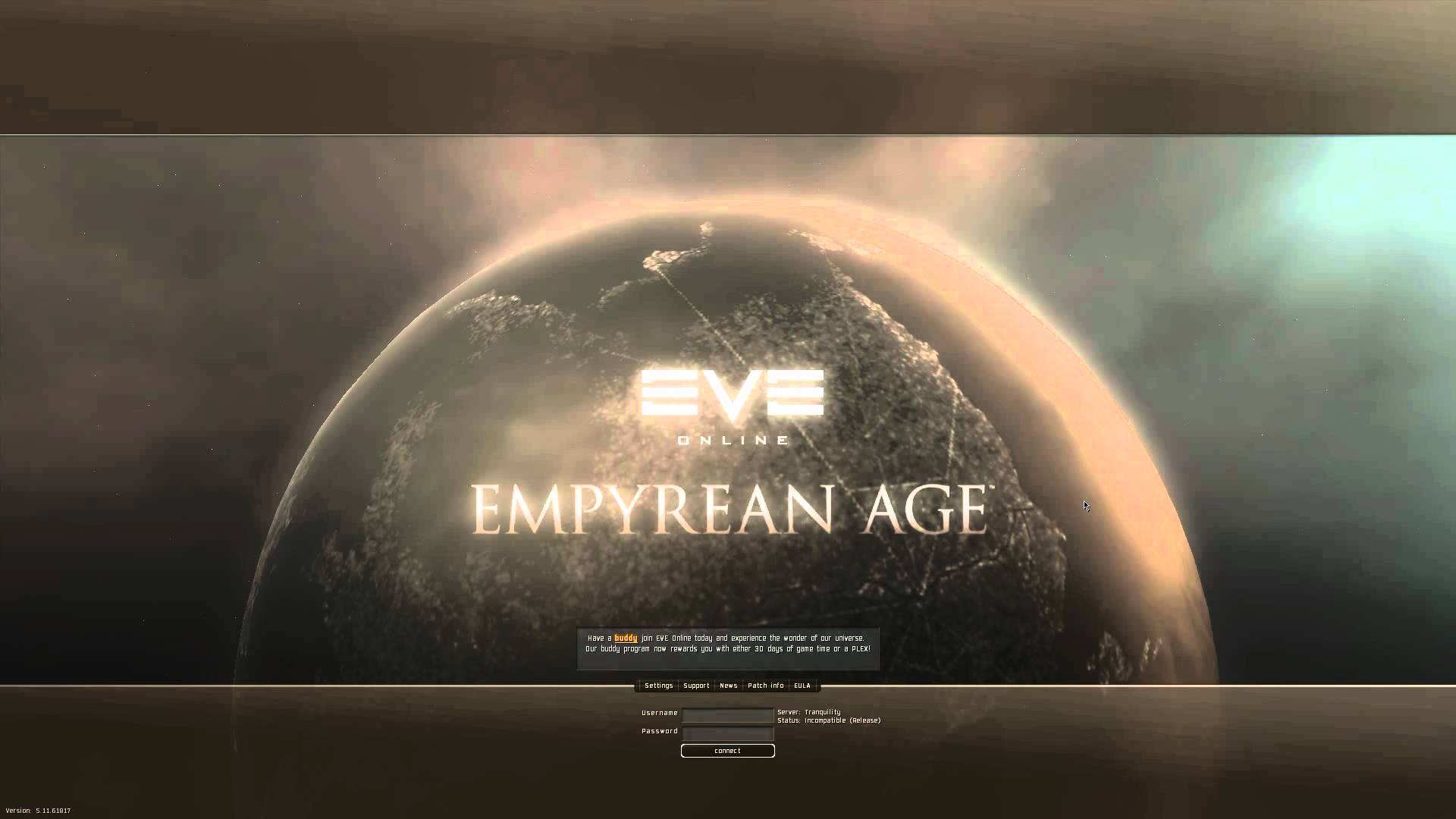 I see that at this point that anything is possible within Eve Online and at CCP Games. At one point they were a Publicly Traded Company with Stock but then a few years later they withdrew this and ended it. Also, I am not talking crap about CCP because many businesses fail or have roadbumps; it is good to try new things and I am not negative about that. CCP had Dust 514 development for many years and it was Up and Running and it failed and they ended it. CCP also had that other game project or two, World of Darkness??? And they ended those. They stuck with what was tried and true, Eve Online. Again… Anything is possible or reversible at CCP Games! All options are on the table!

I am not an employee of CCP where I keep my mouth shut and I am not a “Yes Man”, of toeing the Corporate Line and acting like everything is Groovy. We ARE going to speak our minds we Say it as we See it. Over the years CCP is starting to become Sell Outs and is becoming obsessed with a “Sales” Culture, and Digital E-Goods marketplace. The Hardcore Sandbox is slowly being withered away from this game.

MAKE EVE ONLINE GREAT AGAIN! No stupid Launcher, but the actual full window account login screen such as during Dominion and Apocrypha Expansions and before those. No Stupid F2P Scheme and go back to normal accounts. Keep subscription and 1 month Sub cost at a competitive Market Rate; if it is too expensive and you want new or returning players, then lower the cost. NO dumb cash shop ingame or Aurum shop. No dumb PLEX!!!

CCP: Please go back to the basics and drawing board of the Core of the game - Of increasing Player Influence and the Sand Boxness of this game! Focus on the New Player Experience. Pump more budget into the Game and Server hardware, for Jita and huge Wars and incoming Flux of New + Returning Players if you do things right.

BRING BACK the Jukebox! Was amazing when I started the game in 2007-2009 and enjoyed it a lot.

Nerf and Lower Isk Faucets that are ruining the economy and over time weaken NPC PvE Missions and resources spawned out of thin air from missions; which instead should be public to fight over. Weaken overtime and one day get rid of NPC corporations, so that players will focus on Sand Box driven content aka needing to possibly join Player Corps instead of years in an NPC corp.

Tidy up and Update / Make fixes to the Contract and Hauling Contract Market System! Want more Wars and less Stagnation? Huge changes to the Player Hauling Contract system will increase the Ebb and Flow of Goods across the galaxy; thus driving Liquidity and the Machines of War. The Economy and Industry is the backbone of this Game and for all War!

Looking forward to all of your replies and thoughts on this.

If CCP wanted to undo what has been done; they would have.

Yearning for the way things were is just as bad as worrying about the future…it changes nothing.

PS. No specifics as to HOW you’ll make these changes…just a lot of nostalgia

Thank you for the calm and Nice reply. Again, I said almost anything at CCP is possible, look at how many things they have flipped on, such as Public Stocks or Cancelling huge projects. What specifics were you looking for on which Topic Points?

No
One thing i want from past are nebulas, they ware better and darker

I find it odd that the OP wants to change things that have remained the same since the era he talks about.

Though I did enjoy the utterly purposeless Jukebox and would like it to be returned.

Edit: and while we are at it, the third engine of my Curse please.

As Loutro says all you really have here is a lot of nostalgia. I think at the end of the day CCP need to make money to keep the game going so that is what they are trying to do. I regularly see people reminiscing about the hard times when eve was “difficult/hard” and think it should go back to those times.

The thing is the game needs to be attractive to other people too and if it is too out of reach then those hard core players will drift off as they get bored and the new players will leave because it is too hard.

The major thing that pi**es me off at the moment is this obsession CCP have on skins, it is like a never ending push on that. But I think that the game is generally heading in a relatively good direction.

Are you saying that you like nothing that has been introduced since the Emryrean Age.

So, you want people to be as nerdy and nostalgic as you are and once were for a video game ?

Edit: The jukebox’s return would be cool though.

Edit: The jukebox’s return would be cool though.

This can serve as a nice substitute:

EDIT: Ok, that embedded the player rather than linking it; click the “EVE Online - Soundtrack”-link at the bottom to get to the website; CCP has published a lot of other tracks and soundfiles at Soundcloud

Yes bring back the days when my Marcharial could fly 8000KM/s and bump a Domi 100km off station. The days when the we needed to pull up a Doomsday survival Spreadsheet before going into a CTA, because everyone that forgot to be Doomsday compliant got wrecked on grid.
The days when you couldn’t just quickly go shopping from branch to Jita seeing you needed the entire alliances support to slowboat the 20 Charons 30 jumps.
The days we needed spreadsheets to calculate the fuel components that a pos needed. Fueling 10 corp Poses was a days work.
The days when you had to bookmark all of the gates seeing you would land 15km short of jumping range and got ganked by people abusing this mechanic.
Last but not least, the days when you could chase someone around systems and eventually have a decent 1vs1 without either player opening a cyno getting his 10v1 mates to blap you. Those days goodfights were gentleman agreements.

Lots of things have been changed being necessary but somethings got changed to cater for the casual player enviroment. Luckily CCP keeps their changes low profiled and some changes force us to rethink tactics to the harsher extents (jump fatigue cough cough)…

Bottomline: I wouldn’t be subbing 6 accounts for the past 10-13 years if they went mainstream

The jukebox’s return would be cool though.

There is always EVE-Radio… all the cool kids listen to that anyway.

BRING BACK the Jukebox!

lots of things online, though. Just a few:
https://forums-archive.eveonline.com/default.aspx?g=posts&t=364802&find=unread

EVE is not a cheap game, on a contrary, very expensive one

after world of darkness/ walking is stations, after Dust,
this is another proof of terrible decision making.

This time they wasted our money on a 3rd class audio production.

Did anyone ever comp[lain on AURA? Why did you touch it?
Who’s advice do you listen to?

8 years ago, CCP was in a position to give advice to everyone and not to receive one
Who is giving you advice meantime? Figures are falling.

LEARN
You have a special game.
You have special customers. Definitely Creme de la Creme, the very best of gaming community.
Your main goal shouldn’t be attracting new players but keeping loyal ones happy.
Your customers found eve alone by themselves (they were not attracted by marketing or PR, they learned the complex game without manual and remain loyal.

If you haven’t made a single update from 2008 you would have more players online now then you actually do have now!
Well done, CCP!

Business models from other games are not applicable to EvE. They can all learn from you.

Stop dumbing down our game. It can never be so dumb to attract masses and it can easily be just slightly dumber to turn away lot of best gamers in the world, for good.

Dont think about raising revenues - cut costs instead. Optimize. You have so much room to cut costs.
You produce in most expensive labor markets and sell globally. Outsource more. Globalize.

I could go on and on.

I am under impression that current owners would want to raise numbers by any means and then bail out by selling the game.

This is a loud cry: GIVE US OLD AURA BACK!!

Eve average player count now at 2007 levels. Is it time to admit many of the changes since 2014 (jump reduction, space aids, entosis sov) have been bad for the game?

Those old login screens are one of the reasons i stuck with the game, early on. Was so epic, foreboding and intimidating.

and the server will likely crash from overpopulation.

All 70 of the original tracks are not on soundcloud. And the ones that are there are not even 100% original.

I agree and thanks for the kind words and support! We just do what we can to make ourselves heard!

Woooo! Bring back WIS and CQ!

I admire your optimism, but despite your belief that everything is reversible with CCP, I’m afraid what you want isn’t possible at this point. (Human nature, corporate structuring, and greed see to that.) I want the same as you, but at this point we just have to accept the fact that we have to wait for another company to replace eve with a better product to get that. The bad news is, there isn’t anything to directly replace eve in the pipeline that I know of. (Though there are some good space mmos soon that can compete.) The good news is, while many people see the writing on the wall for eve’s future, or lack thereof. (CCP included apparently as of late.) Other companies can see that too, and may make efforts to make that replacement game soon.

I don’t want to play with TRUMP voters on the same server, because they live in the past. Here in Germany we call those people “Eternal Yesterday’s” – something like that…

Here in Germany we call those people “Eternal Yesterday’s”

Sometimes yesterday was a better day. 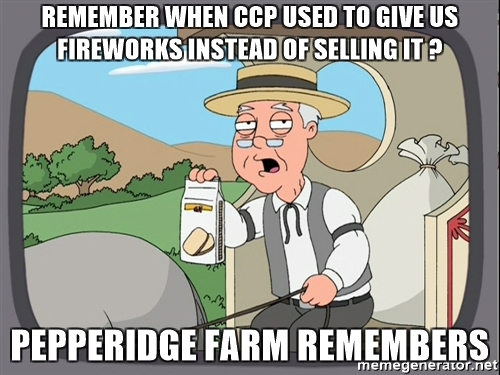