Hey so, i know it’s been a hot minute now since the Amarr Championships, but even this far along we still dont have the option to fly with Kor-Azor colors on our ships. every other house has at least a few hulls available, but Kor-Azor has none. i know that the skins maybe “plain” compared to recent skin offerings, but it would be much appreciated to be able to support my house while i burn bads.

Or Brutor Tribe (CCP seems to have identified Boundless Creation and Brutor Tribe SKINs as one and the same…), or Hyasyoda Corporation, or CBD corporation. It seems like covering the established main political entities in each empire would have been one of the first obvious things to do when SKINs were introduced, but… 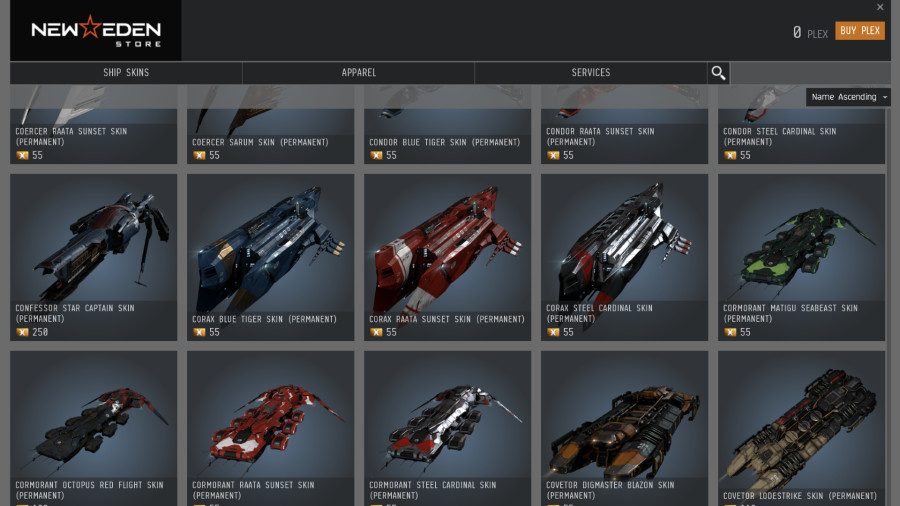 Take a look at this dev blog for the latest information on the New Eden Store, and some changes that are coming to the SKIN lineup in the near future.

And other older skins from houses, tribes, corps and gallente factions will disappear soon, too.

And many more… but i’m sceptic they will do that.

No frills, just shiny dark gold from front to back.

i think it’s part greed, part quality assurance, and part plain old pigheadedness that we dont see more of the skins that we actually want. that particular color scheme i could see them never releasing due to it maybe devaluing the actual imperial edition ships, or at least them claiming that, but stuff like Kor-Azor is super easy; it’s literally the default white of amarr ships with all the gold replaced with silver. like, why on earth was that not one of the first ones put out?