Returning player looking for a solid PvP corp. Don’t like having to make a lot of isk so it would be nice if there were a mixture of fleets where the ships are provided and ones where I bring my own. Can dual box my two characters for fleets. Currently live in Placid but am open to moving given the right situation. Looking for a corporation / alliance that is active with fleets and pings that is also ok with a player who is learning how to PvP effectively in a group setting again.

[image][logo] MOTCC Theme Tune What we can offer Live in one of the highest activity areas in New Eden Fly with true veterans of FW with our alliance, Local Is Primary Lead by FC’s with years of experience, and extensive knowledge of how to win engagements Multiple staging points throughout the warzone to base from and utilise Regular fleet fights/Capital usage - We tend to have at least 2-3 formups a week for citadel based fights Abundance of small-medium gang content …

Come have a chat with us, will be a great fit for you.

https://i-fed.co.uk/ Proud Members of GoonSwarm Federation [EVE video The Imperial Federation 02] [image] Who are we? We are a very large and active multi time zone online gaming community ( mainly UK

) where it’s all about eve online , mainly consisting of Gamers , Nerds , and Geeks of all nationalities it’s a very fun place to be IFED is currently recruiting. We are part of Goonswarm Federation and The Imperium Coalition. While We are a big corporation, We still retain…

Hey! I recently started a lore-based corporation, but we’re very new and still working to recruit members. Even if RP/lore isn’t your thing, you still got a home here, it’s just the background of the corp. and its name. Look us up in game at “Congress on Luminaire Republicanism”, ticker: “CO.LR”. You can find more info on the corp information tab there. Fly safe o/

Jump on our discord for a chat 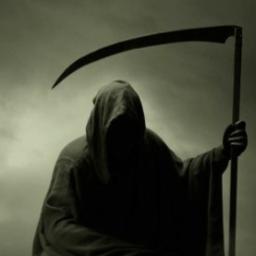 Check out the Darksider Inc. [DKSE] community on Discord - hang out with 15 other members and enjoy free voice and text chat.

Hey man you sound like the exact type of player we are looking for in Rusted and Rejuvenated. We currently live in Fade with the HYSTERIA alliance. Feel free to hit me up in game or any of the other officers in our recruitment “Trust in Rust”. I have also linked our full post below. Look forward to flying with you soon.

Rusted and Rejuvenated is now actively recruiting! Formerly a Member of the Last Republic Alliance doing Cal Mil, we now have moved to nullsec in Fade with HYSTERIA.! We are currently looking for people who have moderate experience who are interested in a null sec experience that isn’t a part of the big blue donut. Our space is extremely active with tons of targets to shoot at and alliance members ready to be thrust into the unknown. Below is what we offer: Nullsec ratting Solo and Group pv…

Hi there Rayshul, interested in some PvP in EVEs most dangerous space (outside of Delve)? Come to Pochven, EVEs newest null-security region.

Stribog Kybernaut Subclade offers players the opportunity to live in Pochven, the newest null-security region in New Eden with unique gameplay and mechanics found nowhere else in the game. This region functions like a series of interconnected wormhole systems independent from the rest of New Eden, apart from filaments and wormhole connections.

What we offer:
ム Industry - Establish yourself in a new region of space
ム Logistics - Transport into and out of Pochven with easy connections to Empire space
ム Mining - Mine unique and profitable ores and ice found only in Pochven
ム PvE - Battle Drifters, Rogue Drones, and EDENCOM
ム PvP - Fight solo or in small-gang warfare
ム Training - Learn how to live, operate, and thrive in this new Region

Stribog is recruiting new capsuleers and corporations of all skill levels and vocations. From moon-mining to small gang PvP, our alliance caters to players on any career path.

We have established ourselves as the largest, most organized, and most industrially developed pro-Trigalvian alliance in Pochven and, over the course of the invasion, we have built up a great community with a number of experienced FCs and dedicated players. We are always looking for like-minded players who are interested in experiencing new content and creating something new.

If you are interested in joining, apply in-game to Stribog Proving [SKS3P] and authenticate on our Discord Server.

Hope to fly with you soon in The Domain of Bujan

As a side note, I should be starting back at work again soon, so my hours will typically start around 23-24:00 eve time and will play into the evening during the week.