Rules breaches on SiSi in T5Z

The T5Z Keepstar has been killed on SiSi in violation of SiSi rules.

Followup commenter posts noted that they are doing this for metagame reason to gather intel or “Imperium just check if server could survive to can generation when T5Z keepstar will die.” which also sounds to be in violation of “mass creation of objects in space that can affect server performance” 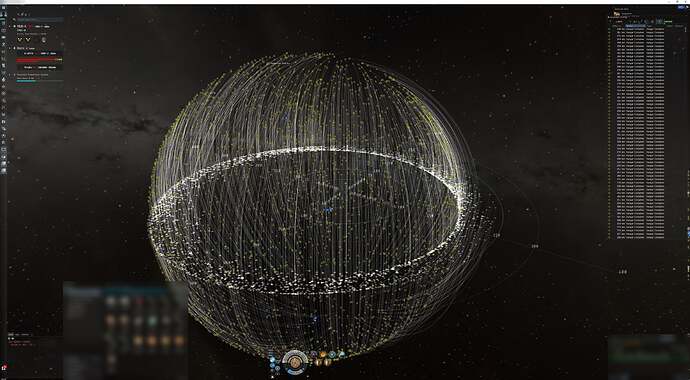 Make a bug report via F12 on sisi

Using the test server for metagame purposes should be dealt with and never tolerated.
Corp hangars hold a lot of strategic assets, you can get a lot of intel on dread and fax cache.

The people who did that should be dealt with in the same manner.
One group breaking rules is not an excuse for another to do the same.

This is why CCP was running a script to relocate all assets out of structures during mirrors. I know the last mirror had a lot of issues for the first day. I wonder if this effort got scrapped as part of trying to get Sisi working properly afterward?

By the way, CCP staff have commented before that they don’t enforce Sisi rules outside of Mass Test scenarios - there aren’t any staff dedicated to Sisi for that purpose.

I don’t think CCP cares. The rules get violated every day in M-OEE8 with input broadcasted dreadbombs/titanbombs but they never get banned lol

I would reccomend against this, ISD members have recently posted saying that bug reports are not for rule violations. I personally have done a bug report on players using isboxer to bring it to CCP attention and it doesn’t work like that. There was a post i read a week ago by isd where they are saying about the bug report issue and the problem they bring up is that GMs are the enforcer and Devs are the developers. Bug reports go to devs and if you want GMs than you really need to send in a support ticket, which I nearly did do for the botters but if those cheaters come back to sisi again than I am ready to make a new relevant support ticket if I see a point where they do more damage than they create content.

on SISI the only way to get attention for anything like that is bug report.

good point and last few mirrors the military leadership of imperium had to come onto sisi and waste time removing intel that papi could take because it was being done to them.

Please submit a support ticket as the forums is not the appropriate place to report this.

well there is no GM’s that are designed for sisi…

when i tried use bugreport about another player doing similar thing (ganking me in highsec,killing my autopiloted freighter) the bugreport was converted into support ticket that was closed without solving issue but copy/paste same formula - post it on singularity forum section…

dont want your citadel destroyed on sisi? just dont let it go abandoned,do what amamake keepstar/sotiyo people do - dump 2 million of fuel blocks and it wont go abandoned for whole mirror time and rinse repeat evry next mirror so you never lose your citadel.

If an Upwell is abandoned when destroyed, there is no asset safety (Abandoned being a newish thing).