Are you tired of living in fear of the imminent threat of the Triglavians and their lackeys that terrorizes the space lanes of our good Federation, with the problems hammering down the other empires like the Caldari its clear that the four empires aren’t safe anymore? Sorn Interstellar offers a new home away from the conflicts that endangered the lives of you and ours, in the rich environment of NL6V-7 VI. Here we offer you a new start under the protection of Sorn interstellar’s state of the art planetary defence network, as well your Ms Federations’s trusted allies.

Sign up today and be one of the first to step into New Dawn.

The video keeps playing with a holovideo of the planet, as well as close up of the city still being built, before going back to the Sorn interstellar logo, before repeating after 15min. 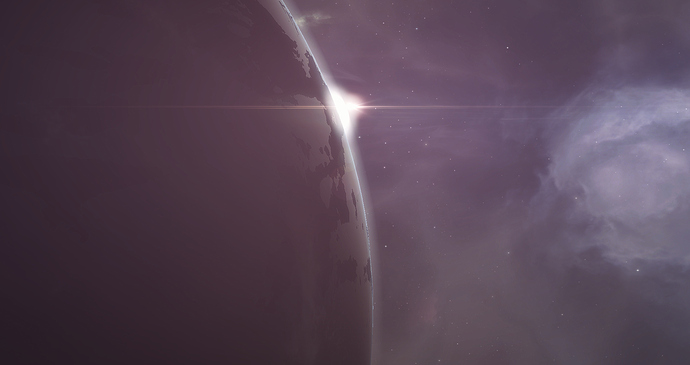 Project New Dawn is my latest project, and then the foundations are set it will be a home for the displaced and unfortunate souls of our Cluster. For we live in a dangerous time, Triglavians, Drifters, and Sansha plague our lives. The colony is still in it early age and buildings and home will be built and expanded as more and more people join on, so far i am proud to announce that New Dawn is at 280 colonies from all over the Federation, Caldari and Syndicate

Another side of Project New Dawn is to make a research centre on Triglavian tech and mutaplasmids, uncontested by the overwatch of CONCORD, the main goal is to research the effects of mutaplasmids on nature under a controlled environment
(there will be no uncontrolled rampage or misuse on the natural environment or fauna of NL6)

This sounds excellent! Independent refuge and research colonies are still in style it seems. Keep safe out there, and if you need consultation or help don’t be afraid to ask!

With the recent news about the agreements made With Intaki Space Police and Gallente Customs. I am now glad to say that Sorn Interstellar will now be openly helping transport people out of the contested zoons, whereas before Sorn Interstellar was only answering to distress calls. We are now focusing on all of the Federation as well as Solitude and will openly be sending Aid to the people in aid.

All S-II aid vessels will be carrying Food and aid to all people willing to accept our aid, as well as the offer to be transported back into the safe space of the Federations core systems. Should any wishes to join the Project New Dawn the option is also presented to all seeking refuge from the ongoing war.

For this, I have ordered a complete mobilization of all of Sorn Interstellar ships. As well as It, being the largest move operation Sorn Interellar have ever undertaken, it is also the first time our newest flagship The Shadow Serpent’s eye has left its dry docks. She will be joining her sister ship, The Domination Samirage as she stands guard over NL6

These trying times has shown that in this War on our very way of life we all most help each other, and let old grievances aside. 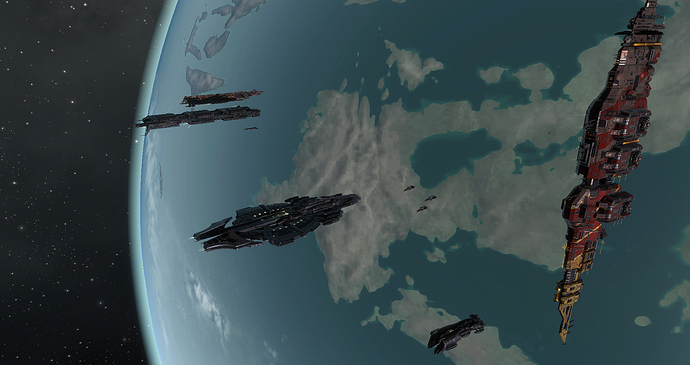 After the Intaki have been handed over to the capable hands EDI forces, Sorn interstellar forces have returned to Cat after having fended off the Triglavian invaders. With Intaki in safe hands, Sorn Interstellar returned and kicked of Operation: Downed Phoenix and our ships are already inside Vale and setting up for rescue trips for all citizens wanting to escape Triglavian rulership and they flow

S-II Dawnchaser is safely back in High-security space, and the few thousand still stranded in Vale that hasn’t converted to the fanatical belief of the Triglavians are now being undergoing both health scans and mental evaluation. Although costly and it saddens me to say that not all made it, (may God watch over their souls) the operation was a success.
I would like to thank Liliana from LUMEN to aid Sorn Interstellar in taking in and caring for the few Amarrian people that was recovered.

Due to the longevity and aid of valiant members of ARC and many freelancing Capsuleers, many of the population had already been pulled from the area before EDENCOMs decision of total communication shut down. A decision many of the board members of Sorn Interstellar after seeing the few final days of Vale can only agree is the only way to ensure peace and diminish panic.