Silly, Since this is the whole point of today’s release. Surely CCP should have made sure it was working before/after release .

ok errr i click rewards and it takes me to the agancy map nothing else no rewards ?

Keep reading xD you might find it at some point

Dammit, this is screwing up my lunchbreak. No doubt the event will show in the Agency once my break is over.

When clicking on the InfoPanel, it should open to the Live Event page, however it is not currently doing that (as you have noticed). The fix will be going out shortly and should not require server downtime.

So those Triglavian Trinary Datastreams, do they have a function? Pieces of a puzzle of some kind?

How can I access the event ? It does not appear on “The Agency” panel. Is there a trick to make it work ? 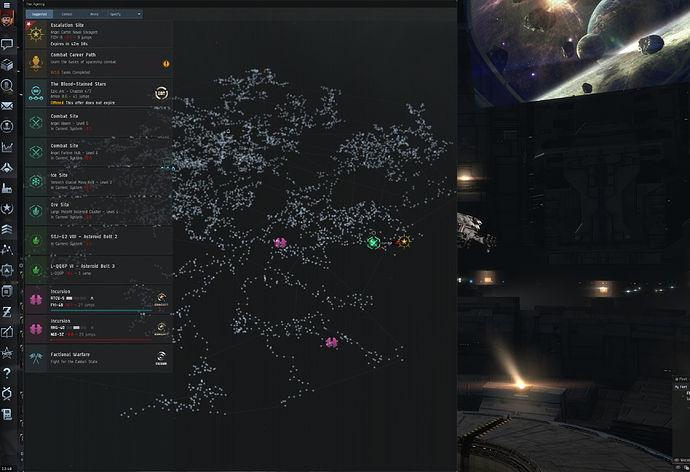 Anything broken?i’M not home,will it be safe to carrier rat when I get there?

Well, things became EVEN BETTER. Event appeared, it shows me that I have 779 POINTS of 1000.

And, of cource, nothing in the Redeem… 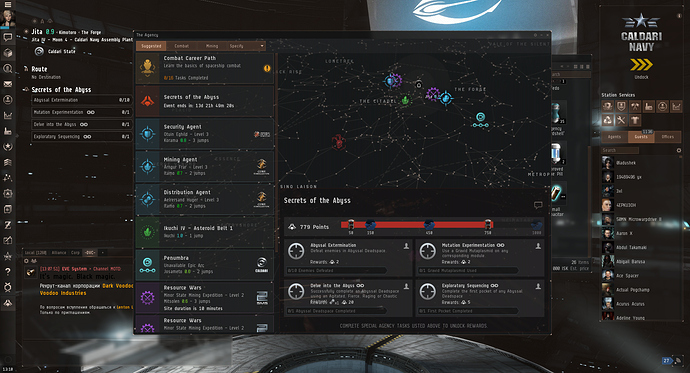 Try to restart EVE client and Launcher too.

I would REALLY like these cerebral accelerators. But if the reward unlocks are correct, maybe not at the price of diving into Tier 2 and higher abyssals, or trying for a Gravid mutaplasmid.

Finishing the tutorial thing does not clear the error…