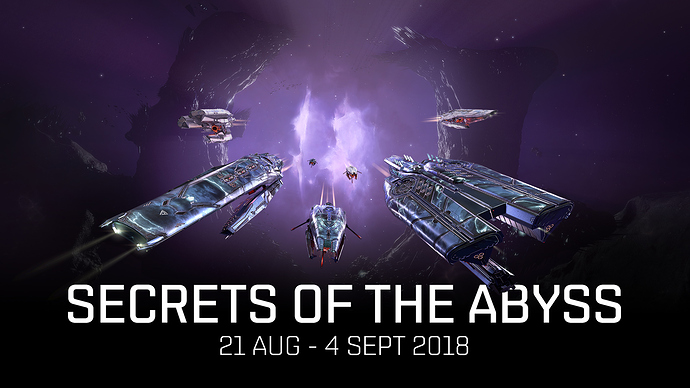 We’re happy to announce that with the deployment of the August Release, the Secrets of the Abyss event is now live!

This event exclusive rewards including new mutaplasmids for Ancillary Armor Repairers and Shield Boosters as well as SKINS for Triglavian hulls. Be sure to rack up those agency points for exclusive rewards!

mmmhmmmm so where is the secrets of the abyss tab in the agency?

Wish I know what to do to complete the tasks, but since I can’t see anything in The Agency, I suppose Its guess work. 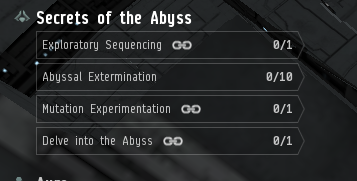 Would be usefull to know wether this is intented or unintended.

Should you actually be able to navigate through the UI or can you just complete through opening your own filaments.

i have completed all 4 of them already http://prntscr.com/kl70f8 as you can see in the screenshot but cant turn them in so its a good start

Well RIP, That was a great start.

Did opening your own filaments start the objectives?

Guys, I’ve played Eve for a fuckin’ decade, and am already well aware that the Agency interface is terminal cancer. I do not need Aura bloody warbling at me across nine god damn account about it. Can you please just finish murdering her like you started with the horrid voice change? She’s suffered enough, and so have us vets.

Yes you can use any you want

Same here, event does not even exist in the Agency, no possibility to redeem …

Wait, is it kicking off already? I thought it’ll go live on August 24th

Also yes, I can’t access the rewards either. My guess is the new tutorial thing is blocking it.

There is something called Mute the client xD

Yep, just finished them too, but when u click on “show rewards” it just brings you to the agency tab, and there is nothing in agency about this event. Cannot redeem anything either

Already have completed three of the tasks. I hope I get credit for them, as to where the rewards or guidance on doing abyss secret sties seems to be missing from the agency tab