So you want to get into roleplay?

For those wanting to get into the social / party RP scene, there is now a great guide on it: Lasa's Guide to Party RP

Some fixes of grammar etc plus added Lasa’s guide to the text proper.

I appreciate the time it takes in explaining to new Players about RP mechanics who may be potentially interested in such a venture.

I enjoy Role-Playing, and plan on learning as much as possible in both lore and game mechanics first.

RP can be a very richly rewarding experience, and it is what drives the Story forward.

I’ll be sure to sharpen my skills a bit as I haven’t had a good RP session in a long time.

In addition to the general RPers Discord, there are now public RPers Discords for all the four major factions + one for pirates of EVE:

Check out the Caldari community on Discord - hang out with 64 other members and enjoy free voice and text chat. 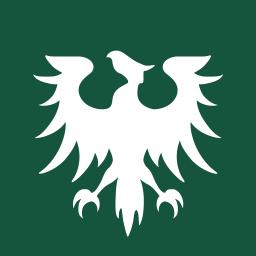 Check out the Gallente Federation community on Discord - hang out with 39 other members and enjoy free voice and text chat.

Check out the Amarr Roleplay community on Discord - hang out with 37 other members and enjoy free voice and text chat. 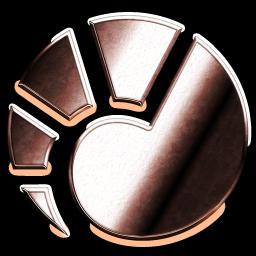 Join the The Matari Discord Server!

Check out the The Matari community on Discord - hang out with 68 other members and enjoy free voice and text chat.

Check out the Pirates of EVE community on Discord - hang out with 33 other members and enjoy free voice and text chat.

Sorry to ping, but the original post is locked so I cannot edit it, and I cannot use the flag to request re-opening, since I’ve already done that once before and it does not show me the flag option now, only “you flagged this post of moderation”.

Is it possible to just leave it open for edits permanently?

@Elsebeth_Rhiannon I am assuming this thread?

Yes? I can post to the thread but I cannot edit the OP.

EDIT: seems to have been fixed, thanks. The above channels post link added to the original.

CCP has also gotten back to the habit of running some events in the game with CCP event NPC actor characters and the new “diamond” AI NPC ships. There’s usually no particular announcement of these, but they can happen as part of world news or as response to player-organized events. Sometimes, but not nearly always, CCP streams them on their Twitch.

Are there current roleplay corps out there? I don’t necessarily want to leave my corp, but I do want to connect with other rp focused players.

there aree many, some more Centric than others. My own as an example being fairly RP-lite, though I encourage my members to engage in RP when possible. Some are much more specific and have it as required. It varies a lot

Some are much more specific and have it as required. It varies a lot

Is there a list of current RP corps anywhere? Like Magdiel Hope, I don’t want to leave the corp I’m in, but it would be nice to connect with other players who are interested in RP.

there’s a bit of one in the roleplay is primary discord in the corp ad/lfg section, but off the top of my head, look at alliances like United Neopian Federation(shameless plugging here), Electus Matari, Ushra’Khan, PIE, LUMEN, I-RED, and I-BLU. there are a great many more of course

NADSC for Feds. In nullsec, at least Brave has an RP SIG (probably others do too, but I am only aware of the Brave one atm).

Play without a PC? General Discussion

/ Translated by google / Yes, you heard right. And I promise interesting content, but at the beginning a little background story. I do not have my own computer, but this is an account registered to my comrade. Even if my name is “N”, I’m a boy I’m soon 30, and it just so happened that being disabled, I was subjected to domestic violence. I said this not so that we all cry, but to show the sincerity of our motivation. I don’t need a hype, or something like that, I am convinced that the new Ede…

Here is my topic.
So, I want to create a role-playing corporation.
If you know Caldari history well, please respond and help me make interesting content.

Edited the OP to link to the new and awesome lore portal at https://universe.eveonline.com/ - No more paywalls! Actually working search function! O kids these days you don’t know how easy you got it.

off the top of my head, look at alliances like United Neopian Federation(shameless plugging here), Electus Matari, Ushra’Khan, PIE, LUMEN, I-RED, and I-BLU. there are a great many more of course

Years ago I applied to Electus Matari, but nobody ever answered. I sent messages to two of their recruitment people. Oh well. I love the corp I’m in now, but it would be nice if finding RP corps wasn’t so difficult.