So you want to roleplay a Minmatar?

What corps or alliances were they? I might be able to make a few suggestions. Electus Matari has some very good corps, as does Ushra’Khan, both being minmatar based RP alliances @Gretek_Moergyn

I am immediately worried this was me and I have somehow missed your message.

(If so it was certainly not intentional.)

I will have to search my Eve mails and see. This was a while back. I’m pretty sure it was with this character, which is an alpha character. Right now I am not able to access my alpha account, just my subscription account. I believe I wrote to two characters using Eve mail, one male and one female.

I looked through my Eve mails for my 2 Minmatar characters but could not find anything related to my search for a roleplaying corp. Perhaps mails are deleted after a while. This was a while ago. Several years.

Oh well. Maybe the time is past for that sort of thing. I just play the game that is in front of me. My main character is in a nice corp with mostly mature adults, so I won’t be leaving anytime soon. This particular character, Gretek Moergyn, is in a corp I formed with another of my characters specifically to get out of the cesspool of d00d types that populate NPC corps. Corp chat for Fractal Holdings Ltd is rather quiet, as you can imagine, since the only members are 2 characters of mine.

Maybe if I feel like expending the mental energy required for RP I will have Gretek Moergyn apply again to a RP corp.

The moral here, if there is any, is please read your Eve mails and at least respond with a “thanks but no thanks” to people who want to apply for membership. Who knows? You might meet someone who appreciates the game the way you do and will enrich the RP environment.

Does Minmatar RP lore include the possibility of alliances with corps run by Caldari?

You can join RP without leaving your current corporation, too! Please refer to So you want to get into roleplay? for some ideas on how to find RP.

Caldari mercenaries and Caldari expats tend to be everywhere, and also in Minmatar RP organizations. Whether a corporation ran by a Caldari would be a good fit for a Minmatar alliance depends on things other than the ethnicity of the CEO, I think.

And here is @Ferra_Orta with a map of Matar, based on the lore article on the planet, as well as other tidbits of lore: Inkarnate - Matar

We need a Netflix show of this.

There’s apparently actually been an EVE TV show in the works since 2013 and possibly still is… CCP Hellmar mentioned that in some recent interview (which I cannot find right now but can dig up later).

Added a link to the new lore on the Minmatar Rebellion and removed a paragraph which said that the Minmatar lore page is outdated, since it was updated and is now fine.

Karin Midular and Karishal Muritor statues have LONG descriptions with Minmatar Republic history. I am going to duplicate them here and link from the main text, because they are the best reading we have on the topic.

Is there any reference to financial institutions on Minmatar Republic? Gallente, Caldari, Amarr and Intaki have it, or are those questions handled by the tribal treasury or directly by SCC?

From the latest world news we have:

Brutor Treasury is an NPC corp that exists and holds spacestations. Presumably in-universe the other tribes would have their own equivalent institutions.

There are no tribal treasury NPC corporations in game, but there are seven treasury stations in the Republic

I don’t know what’s to be intuited from the Vherokior having more in game presence on the economic front, I think I recall a cultural emphasis on trading; the Republic Parliament ones seem pretty well in keeping with its role though.

Added link to the updated lore page and the intro video from Liberation Games, removed a claim that the lore page is out of date. (Thank you again @CCP_Delegate_Zero <3.)

I take pride in my -4.37 and rpughly the same standings with minmatar and gallente.

This FAQ is now almost obsolete, with the launch of CCP’s new EVE UNIVERSE portal. EVE Source material has been incorporated to lore pages there, see for example: 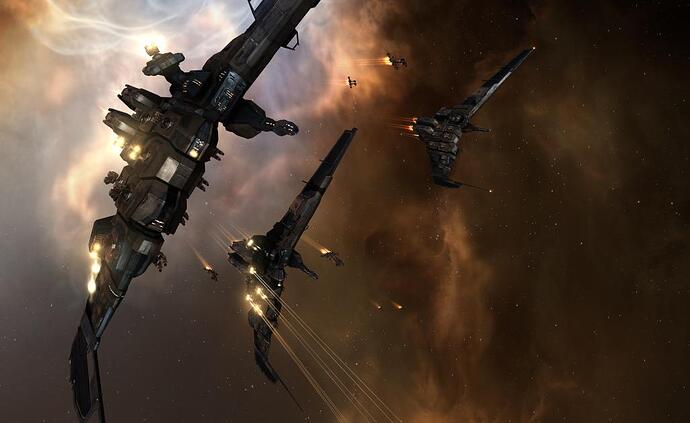 Minmatar Republic Of the four major races of New Eden, none has endured more tragedy and suffering than the Minmatar. Once part of a thriving and technologically capable tribal civilization, billions of Matari were enslaved by the Amarr Empire for...

Thanks a lot for this thread - the links provided here answered a lot of my qustions, while of course giving me even more as well as giving some ideas.
Here are some topics I’d appreciate to be enlightened about.

I didn’t manage to find many details about early education in minmatar culture. Do minmatar children attend schools in a way we perceive them? Or is the education handled by the tribe/clan? Or is it somewhat of a mix of both? And how much intersection is there between the infants of various tribes and clans?

It can be easily perceived that the Brutor are generally of african looks (same can be said of Starkmanir, I presume, since they’re blood-related), Sebiestor are somewhat nordic and the Vherokhior resemble eskimo or native siberians most. What do members of Thukker Tribe generally look like? I’ve noticed their chief’s in-game character uses a Brutor model, the head of Thukker Mix - a Sebiestor one and the agents of the related corps are about 2 to 3 mix of the two. Or are the ties between racial features and tribal affiliation looser than I assume?

I noticed most characters’ last names are their clan names. What about family names? Does that concept exist in Minmatar culture at all? Do the families unrelated by blood use the same clan name? Or is the family name gets changed to a clan name after coming of age?

Each tribe are essentially a mix of different earth cultures. Brutor for example are a large amalgamation of Various African, Polynesian/Pacific Islander, and MezoAmerican aesthetics. However culturally they actually have alot of roots in Nordic traditions. For example, The Brutor believe in what is basically Valhalla.

Basically your question regarding aesthetics can’t really be boiled down to simple analogies.

Yea, I noticed a long time ago that cultaral anologies are not the same as aesthetic ones. The point of this question - I’m just trying to figure out how a Thukker might look aside from unlikelyhood of tattoos since their ingame depiction are a bit vague on that