Some Humor for New Eden

“And now, some light hearted comedy.” Deputy Dog says drawing the curtains to the side revealing the movie screen.

Oak Island - to find me treasure, ye have to be as cold as the Money Pit…

If freezing the water in the bore hole is the means by which the original diggers of the Money Pit meant to be used to extract the hidden treasure, a figure in history, someone who was considered cold, could have been the cold weather pirate who built the money pit.

…The frozen depths of the pit, the final key to the door of my treasure.

My final trap that no mortal man should ever find. For the cold of me bones is in this hole.

The waters frozen in these shafts make the Foretopmast, the Crows Nest, ever on the look out for thieves.

The ground around me gold, made like the sails and rigging of me ship that will only yield its gold when all is frozen, and then me ship will finally sail.

The underground labyrinth of watery mazes could be set up like the design of a wooden sailing ship, each hole being a topmast, each jib and sail, interconnected that only when the water freezes, will the pirate ship be revealed.

…the Devil can’t have me treasure, because I am colder than the Devil.

“I see I have found you, Cold Weather Pirate…Ha ha ha ha.” I say to pirate from the deck of my own ship.

“Who the hell…what the hell is wrong with you?” The cold weather pirate says through his ice encrusted beard, his hand grabbing the frozen and icy guideline.

Never in my entire life…never mind that…do you have any rum? It’s been years since I and any rum. Maybe we could come to, some type of, bargain." He says behind a cold breath.

“I have a pistol, meh.” Ice face says pointing his pistol at me.

I have two" I say pointing my own pistols in return.

The Cold Weather Pirate grumph’s and puts his pistols away.

“I have 10 cannons!” He says crossing his icy arms on his chest

“I have ten as well.” I say pointing to my own.

“I suppose you have gun crews as well?” The Cold Weather Pirate says beckoning his ice-covered crew to their cannons.

“I, also have a crew.” I say motioning my crew forward to their cannons.

“Do you need a doctor? You’ve stopped saying Ha HA! I can go get him if you want.”

“I have lots of rum onboard…Ha HA! and…”

“I was getting kinda concerned but, continue…and.” replies the ice pirate.

“No, they are called ladies, sir, NO! you have to pay gold to oar those boats.”

“Me gold for yer 'ores and rum? The devil has got me treasure.”

“I’d give him the gold just to shut up.”

“Good God man, get some help. For our sake, give him the gold…”

"Well they say the sky’s the limit

And to me that’s really true

But my friend you have seen nothin’

Just wait 'til I get through

And the whole world has to answer right now

Just to tell you once again

Oh… a wall of humorous text? I’ll wait for a TL;DR. 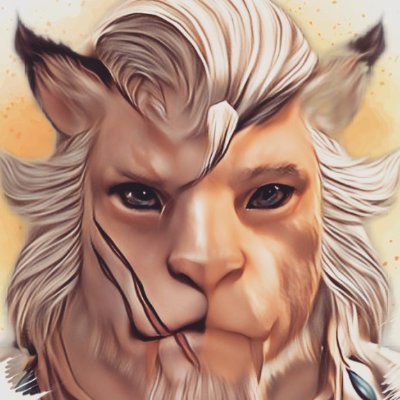 @MihaloHrothgar
It is October, it is time for me to past this alltime classic yet again. It will never not make me laugh https://t.co/mmv6FP9Kfs
1 Like