Someone Please Tell the Gallente to Take These Banners Down

They are intensely annoying

Go dock in a Gallente station. They seem to be a bit enthusiastic about their new overlords.

Got a screenshot? I am not near a Gallente station atm. 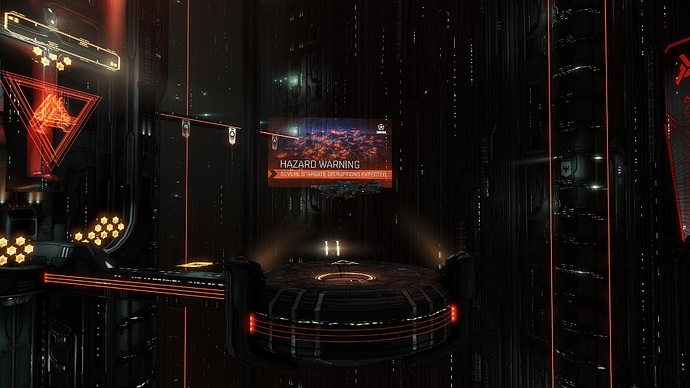 For those too lazy.

What system is this?

It was the Fedmart station in Egghelende. Also a station in Sesiekko. Every Gallente station I’ve checked in fact!

Hilarious is the word I’d use, honestly.

It’s not surprising that these two monsters are working together.

I knew you’d reply. I almost missed you.

I woke up today to find the Center for Advanced Studies in the Clellinon system similarly decked out. I’m not sure whether it’s purely cosmetic, whether it’s intentional or hacked, or whether something has happened. My hanger seems secure for the moment, but for how long? Does anyone know what’s going on outside the station?

It’s probably just a guerilla marketing campaign by someone like Francois Mirelle, calm down.

Well … the Triglavians do seem to have hacked a bunch of stuff, including GalNet if the symbols displaying are any indication. Bit triumphalist, but, well, they completed their shopping list so … eh.

Rubbing our noses in it doesn’t make it seem too much like they want a peaceful future though.

I was fairly disturbed to see those banners this morning as well. I suspect hacking.

On an unrelated note, reports coming in last night from systems occupied by these damn triangles mention boarding parties and infantry storming space stations. I’d be very curious to learn more about the structure of the trig army, or what their soldiers looks like in the first place.

I’m assuming even their damn helmets are pyramids.

Ooh boy. Looks like taking in those marines and militants was a better idea than I thought.

The cause and source of visual overrides in station vid-displays is still undetermined.
I have it on good authority, however, that the auditory distortions

audible in Federation stations are being investigated as a top priority by the FIO, and researchers and various technicians from Egonics Inc. have been seconded for this investigation, along with some of their audio-analysis hard- and soft-ware resources.