Greetings Capsuleers of the forums!

I Don’t usually write Forum posts, but recently ive been needing some advice.

I am the CEO of a small corporation that is currently residing in the Region of Great Wildlands (Not for much longer).

I Have lived in this region peacefully for the past 2 ish years, but am getting “evicted” over a minor incident.

The local coalition is called GW NRDS Coalition. They play under the Not Red Don’t Shoot (NRDS) Rules of engagement.

While living in this region, my Corporation has operated as NRDS. For the first year everything was going fine - My corp joined an alliance that was Apart of the GW NRDS coalition, therefore made my corp
a member of the coalition. But IRL issues started effecting everyone (myself included) and the alliance shut down - Most of the corps in the alliance went AFK and a few joined other alliances within the coalition, but seeing the coalition was NRDS i
decided to stay in my little system i was living in while apart of the alliance, and everything was fine. i went AFK for awhile due to IRL issues such as my mother going in and out of hospital for medical reasons - and a few other reasons of my own.
life was tough on me and my family/friends, as life was tough on most people at this time also due to COVID-19.

After awhile i started getting back into eve online to “clear my head” and escape from the problems of the real world, but i was mentally drained and tired. i managed to setup 2 athanors on rather good moons, r16 and r32 moon types.
and was starting to make good isk to pay for my subscription and cost of station fuel, other services and a couple new toons. but then a major update was released by CCP and kind of ruined industry for the small corp - members started quitting the game or
going AFK never to be seen (even upto this day) - was starting to crumble again, but it was better than irl for me atleast - so i tried - grinded isk, 2-4b/week 10 ish hours per day, the usual industry focused player things… after a month or two of doing the same thing
everything was fine in-game, but political issues started getting the better of it. the local coalition is “NRDS” But it seemed some of their members were not following the Rules of engagement.

At the beginning of December 2021, my corp started to “grow again” in certain terminology.

Mid December 2021 i got a phone call from one of my mums friends saying you’re mother is in critical condition. (still is to this day). I Was not in the right mindset, and played eve for nearly 2 days straight trying to forget about everything (Will my mother ever see her son graduate from High School?(Me)).
during these two days i was doing my usual things, grinding isk - talking to other players - the usual things a CEO of a small corp does. until one “peaceful night” i was moving around some assets - had a alt scout sitting above a station in a heron and boom, got popped.
i didn’t mind at all - it was a heron, pff, who cares… but when i looked further into the KM - it was a long time member of the GW NRDS coalition that took the shot. Hmmm - something didn’t seem right, was what i thought to myself.

over the next weekish i was being followed around constantly by the same guy - and a few others on different occasions, Coincidence? i think not…
i was getting annoyed in a sense - and on the following day one of my members tells me he got attacked/targeted by one of the NRDS members, Right, Enough i thought to myself, i knew some of the “NRDS” fellas were mining in the system next to mine, so i told my member to join fleet, hop in a Caracal Navy Issue
and help me “Talk” to these Assholes… in fleet we had 2 CNI, 1 algos, 1 slasher and 1 Hurricane, warped in on their moon belt and fired apon their fleet once, got a procurer into Hull, didn’t kill as “NRDS” was a thing. as soon as we warp off and dock in a nearby station, one of the leaders of the coalition states in local;
[06:28:57] Vanislevagabond Kalvin Rothchild you earn red status

Like He was hoping for it eh, after two years of living here. Today was my last day as it seems.

This is a follow up Email about the incedent that occured less than half an hour of sent date.

My corp Galactica-Empire has been living within the region of great wildlands “peacefully” for a little over a year now.
We were once apart of -SIN- as you all should Know. but everything started to crumble when we got "Neut Status"

A couple corps within GW Nrds currently have us set as blue. 4 to be exact… (And a couple have us set red, for no particular reason.)

So the background regarding todays incident is factored around a certain 3 things.

GW NRDS considers to be “NRDS” but somehow its a one way street. GW NRDS members can freely choose to Chase/Target/Kill us “Neuts” when they feel fit, but if any of us “Neuts” do the same thing, we are turned red instantly. Thats not TRUE NRDS is it?

**I try to do my own thing, Mine/Explo/Haul but i use an extreme ammount of caution around the “nrds” members. i dont think its a coincidence being chased around multiple systems. **

Evidence Supporting GW NRDS members Going against NRDS:
** Kill: Kalvowe (Heron) - and i am sure you can find many more incidents on Zkillboard for you’re Liking.**

**So in todays Incident earlier i was getting some things ready in 168 - Faction Modules etc… and van decides to bring out a sabre. \o/ - i follow NRDS and am “Neut” so why should he bring out a sabre and sit it on the gate? **

**So every incident leading up to today - And today being the “Trigger” - My corp warped in on Vans mining fleet in 168 and attempted to Blap Spurt - I had a .2 second regret and warped the fleet out. not even within 2 seconds van says: **
[06:28:57] Vanislevagabond Kalvin Rothchild you earn red status

I Hope we can sort this out peacefully. But as i have experienced NRDS isnt always as it seems.

But thats the problem, therefore i am needing advice and this is the part i wrote the post about.

Trust is a big issue - They say its a ceasefire - but as all logical military leaders and FC’s would do is to make the enemy “think” its a ceasefire / not shoot them for a couple days and when they are moving the “Jackpot” of assets out, then you strike and get some dank KM’s?
I am not stupid - hence needing advice.

How and is it possible to resolve this without me leaving the region, because after leaving i will most likley go AFK again, IRL has been tricky and these recent turns of events have actually tumbled my “life” in a sense due to how much EVE Online has helped me cope.

Gank them full time. Don’t leave a single ship in one piece. Blow them all up until they leave.

Why are you such a krab?

I lived in GW for 6 months last year out of an NPC station and I think I only bumped into the NRDS folks only a few scarce times. It did mean I had to watch out for the TAXU and Ebola gate camps but overall I still survived and got creative building my own “caravan”. So yes it should be possible for you, too.

First of all, you probably shouldn’t play this game with everything that’s you’re going through right now, unless you’re one of those weird people (like me) who actually relax in stressful situations (when I’m stressed, I tend to play multiplayer full-loot PvP FPS survival games, or horror games).

Second, NRDS in this game is a joke because the average person in any position of power is either a child (no offense) or some dumb, uneducated redneck. You’ll rarely get any semblance of true diplomacy in this game on the low-end content spectrum, which appears where you are right now. Upper-echelon null-sec alliance warfare, wormhole content, and the high-sec mercenary world is where you’ll find the most potential for diplomatic outcomes.

So I kind of agree with:

Gank them full time. Don’t leave a single ship in one piece. Blow them all up until they leave.

Those people seem like chumps, judging by the way you could easily shank their “moon fleet” with a small ragtag gang of your own.

Get your stuff out, and then when you’re ready, come back and seek out revenge until they’re in tears.

You can try to convince them that this is all a misunderstanding, but the people on the opposite end of the table have likely already made up their minds. Every second you wait to relocate decreases the odds of you getting out safely. Even if you pursue diplomacy, you should secure your assets first.

EVE can be resumed in a simple mantra, 'if you don’t know how to do it, then don’t. Nothing is going to go your way, and people will harass you. The few times you get lucky is just to make your disappointment worse later.

Get in a corp, learn the game, then do it.

How and is it possible to resolve this without me leaving the region,

Screw nrds - kill them all.

There is no point in having nrds. Nrds becomes nbsi anyway because eventually they have most of Eve red.

Funny part is, even with NBSI some corps manage to make neuts ‘blue’.

But yeah, NBSI is the only way to play proper. 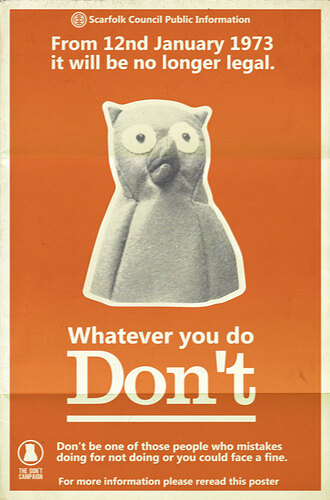 First - sorry to hear about your personal situation. I also find Video Games provide time to relax away from real life stresses similar to reading a story or watching a film.

You already know the answer - NRDS is a “gentleman’s agreement” not to shoot each other and is at risk of being disregarded easily at any time. After all it’s these human elements (e.g. politics) that make this game interesting for a number of players. You have the option to Leave, Stay and negotiate peace or Fight. As others have said you might be able to join another Alliance for protection. Good luck!