Spectre & Meltdown - An Update From The EVE Online Dev Team!

As many of you will be aware, hardware vulnerabilities have been discovered in many brands and types of CPUs that were manufactured in the last 20 years, affecting computers across the globe.

Here at CCP, we are in the process of patching and performance testing our infrastructure with the aim of making the impact on game performance and player experience as minimal as possible, so that you guys can continue to enjoy blowing up each other’s internet spaceships.

Security patches for macOS, Window 7/8/10 and Linux are all in the process being rolled out from their operating system vendors (from Microsoft, Apple, and the Linux community) to address the issue. Both latest macOS and Windows 10 have already received updates that resolve the issue, and Windows 7 and 8 will receive updates tomorrow (2018/01/08). For many of our pilots, your systems will have either already received an update, if you’re running Windows 10 or latest macOS, or will be due to receive one tomorrow.

There have been reports of increased CPU usage for machines that are running the new update, ranging from a 5 to a 30% increase in CPU load, so we recommend that you keep an eye on your system’s performance.

You can discuss this news item and give feedback, or let us know about issues in this thread on the EVE Online forums. 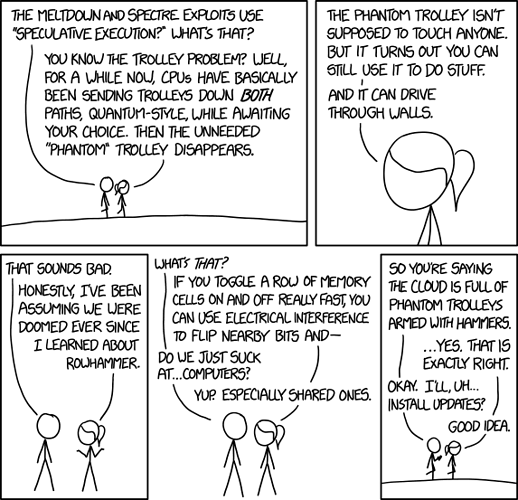 Rumors of an undisclosed CPU security issue have been circulating since before LWN first covered the kernel page-table isolation patch set in November 2017. Now, finally, the information is out — and the problem is even worse than had been expected....

For the less technically versed:

Last week the news of two significant computer bugs was announced. They've been dubbed Meltdown and Spectre and they take advantage of very technical systems that modern CPUs have implemented to make computers extremely fast.

“Is Intel basically saying ‘we are committed to selling you ■■■■ forever and ever, and never fixing anything’?”
– Linus Torvalds

Good to see an update regarding the issue.

Since EVE Online primarily uses your system’s graphics card for most of its workload,

Since when is this the case?

As far as I can remember back CPU has always been the bottleneck for performance. Since I upgraded my machine from a HD5770/Phenom X4 870 to a RX570/Ryzen 1700X the FPS in big fights are still barely in the double digits in potato mode, and certain CPU cores still go into overdrive to cope with EVE.

The major performance hit is only regarding system calls (and only Intel CPUs). Games naturally do not have a need for many system calls and are thus not going to see any noticeable performance impact.

Also worth checking to see is your motherboard manufacturer has put out a uefi/bios update in the last month of so, its a pain in the arse but worth it.

I can’t wait for the microcode update coming soon™.

However the “issue” will not be “resolved” tomorrow but made more difficult to get attacked. It may take up to a year to “fix” the silicone dies.
Everything until then will only make it difficult to make use of the security issue.

It may take up to a year to “fix” the silicone dies.

Designing a new CPU architecture takes 3 to 4 years. Then you have to factor in production, etc., etc. Expect this to be fixed in 5 years at the earliest, if it’s ever going to happen. Intel is notorious for sticking their head into the sand until it all just goes away on its own.

“But look! We have amd onboard graphics now, it’s all ok”

What about the speculative cach…
“NEW GRAPHICS, its all OK” 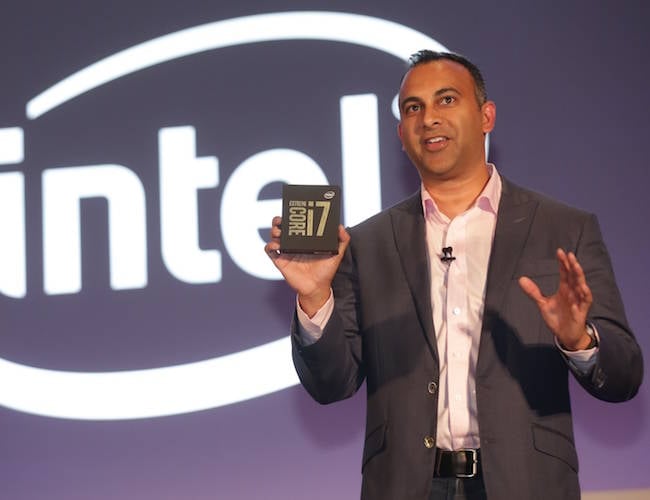 We translated Intel's crap attempt to spin its way out of CPU security bug PR...

I really love the

Intel believes its products are the most secure in the world and that, with the support of its partners, the current solutions to this issue provide the best possible security for its customers.

line.
Intel CPUs are a security nightmare on so many levels, it’s unbelievable these things are used for anything remotely serious…

Thats why i have always had AMD processor lol

Don’t worry. Microsoft has you covered on that one. 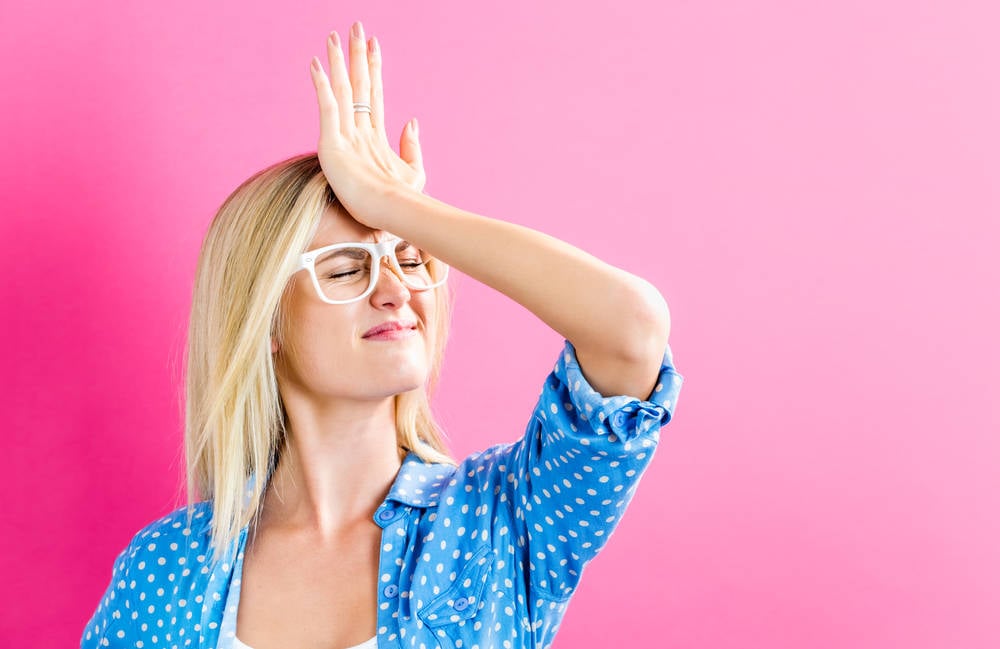 It gets worse: Microsoft’s Spectre-fixer wrecks some AMD PCs

Its not a new chip i have a AMD Phenom II x4 965, so far everything ok lol

“Is Intel basically saying ‘we are committed to selling you ■■■■ forever and ever, and never fixing anything’?”

So the NSA already has all my info from this backdoor. So when do we find out about the next backdoor?

Its so good that you posted the comic about keeping up with updates.

Fortunately I have enabled the option to choose what patches to install and I am not so eager to install them so fast.

I don’t think i’ll be applying fix so fast, as it results alot of WHEA errors.

More on the topic here:
http://www.overclock.net/t/1645289/haswell-microcode-22h-vs-23h-security-spectre-performance-and-stability-differences

Even without any overclock people still get alot of WHEA errors after update / blue screens and they can’t boot to windows.

Thankfully that hasn’t been a problem since vista, it only affected the people who refused to embrace a modern OS

Since when is this the case?

As far as I can remember back CPU has always been the bottleneck for performance.

Then you have always had better GPUs than CPUs/motherboards? The EVE Client is GPU-bound but is very much affected by memory bus bandwidth, not so much clock speed per se but often in the past the two would go hand in hand.