Stellar Transmuter Locations - Coincidence or not?

When we think about the shape of Pochven, our minds are usually drawn towards an even-sided triangle, with the three home systems sitting at the tips. See dotlan for example. 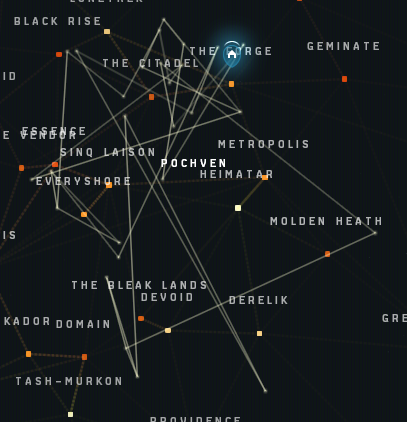 After all it is a rather random selection of system plucked away from all across empire space, connected into a new region by the enigmatic, advanced technologies of the Triglavian Collective. Yet while disconnected from the gate network, they still remain in the positions they have inhabited since the game was launched.

For Pochven, this geographical center lies in a void between the regions of Metropolis and Heimatar: 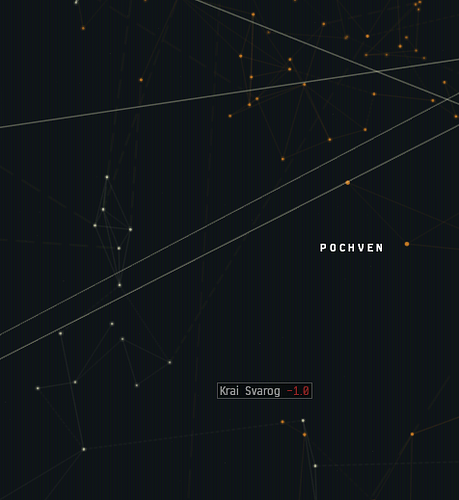 And would you look at that: 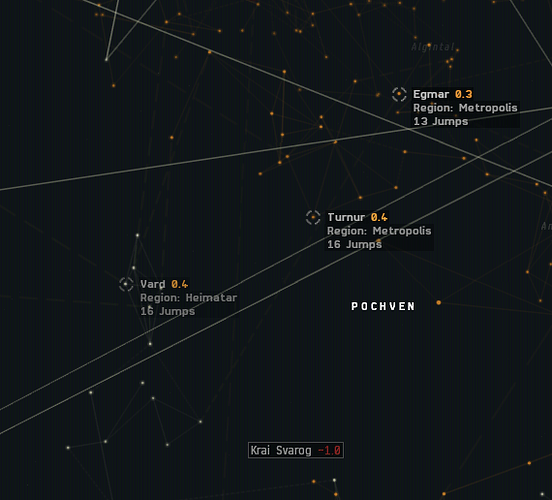 All three of the Stellar Transmuters are in close proximity to the geographical center of Pochven, with Turnur in particular being closer to it than any other system. Now they are not quite the three closest transmuter-eligible stars, but I find it hard to find this configuration a mere coincidence. After all, if the Amarrians wanted to use these transmuters to simply harvest resources, why would they build them in
systems nominally belonging to a hostile government. They even have a perfectly viable transmuter back in Arshat, deep within Amarrian home territory guarded by innumerable warfleets. Building such potentially critical infrastructure projects right where your arch-enemy can steal them is ill thought-out.

Unless said infrastructure needed to be built in exactly these locations. Because the transmuters were never intended to harvest resources, at least not as a primary function. The Amarrians are, in ways that are yet to be revealed to us, trying to interact with Pochven.

If they’re trying to create their own littlepocket and link it somehow to abyssal deadspace, then it probably would have behooved them to let the other empires know. Might have avoided some minor mmisunderstandings.

yes, it would have but as we know from the real world. governments don’t think about that.

The Amarr considers their Turnur operation a “success”?

It’s referring to the related FW campaign regarding the transmuters, where AmarrMil reached 100%. MinMil completed theirs not long after, since control of Vard and Egmar speds up point accumulation for their side. Next Scope video will probably cover this, and maybe the scale of GalMil’s failures in both their FW campaigns (i.e. no gate to Amygnon and insufficient Triglavian research data).

In My Eyes Amarr Attacked Minmatar and call it an accident!

What are the stellar transmuters for?