I’m looking for suggestions for how to survive an attack in high-security space by CODE / Safety / Novus Ordo / whatever they call themselves. I want something capable of face-tanking an attack until CONCORD saves me, in a 0.5 system. Is this feasible?

I want to use some kind of mining barge for extracting ore.

Something like a Procurer with a Damage Control II and a combination of bulkheads/mining yield mods in the lows, 2 multispectrum shield hardeners in the mids, and hull HP rigs.

Highly unlikely anyone will bother trying to gank you, and, uh, enjoy your rubbish gameplay I guess.

Thanks! I guess I’m trading out the Retriever, it’s still too squishy.

Keep in mind that you can’t facetank with certainty. No matter what your fit, it’s possible to bring enough DPS to nuke you before Concord arrives. You’ve also essentially stuck a bullseye on yourself by asking in General about it, should anyone care to target it.

“Surviving ganks” is less about sitting there and waiting for Concord to arrive, and more about situational awareness and having enough advance warning to dodge to safety in time.

This is probably one of the better “how-to survive ganks” guides I recall reading. It’s more for freighters than mining but still useful. Some other players might have more tips as well:

How to survive High sec Ganks as a solo Freighter pilot in 0.5 systems Known Space

Short answer: Don’t go to Uedama if you are so risk averse that a <1% chance of being ganked is too high for you, or Don’t be a solo Freighter pilot that wants to through Uedama Long answer: No matter what activity we choose to do in game, the ability to do it effectively comes down to risk management; and whether to do it at all, comes down to how much risk needs to be managed v the perceived reward in doing so. However, no matter how much risk management is applied, risk will never be 0. …

If I can find it I think Solstice Projekt or somebody had a good guide on how to set up bookmarks around a mining area so you can always warp out quickly. I’ll link it if I can dig it up.

I need tips for mining in low-sec General Discussion

Greetings! You deserve to be advised, because you want to mine in low. I like that, and you deserve help. First things first, if you plan on multiboxing in low it is important that you already have some PvP experience multiboxing, otherwise you will just ■■■■ up and lose everything. Fighting and multiboxing takes a bit of experience, otherwise the hectic will ruin your day. I strongly advise against this. Start with one ship, preferrably a cheap one, for a few days and then slowly, over days …

Roid layouts have changed I think but the idea is the same.

IMO it totally depends on how many ships attack you and what kind of ships.

Before the recent mining changes, in my Procurer I survived solo gank attacks by frigates and destroyers very well. Don’t know how well it would be now after the changes.

So in general, escaping is more likely to succeed than face-tanking?

A mining barge doesn’t exactly turn on a dime.

I’d say avoidance (to the extent possible) rather than escape.

I guess that’s what I meant, if they show up in local, getting out as fast as possible.

Fit a higgs, watch local, mine aligned, dock up at first red standing that hits local, don’t mine on the warp in point, mine away from cal space.

So about that last point, is that because ganker groups like to hang out in Caldari space?

Unless you are moon mining, why would you mine in 0.5 system?

It could get bothersome warping out every time a new name shows up in local. Use the tips in this thread to keep an eye on local (follow the link at the top for the original): 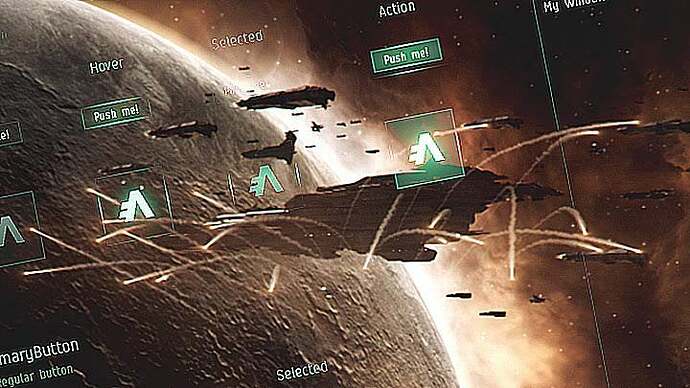 Add the names of known ganker alliances and corps as “terrible” standing so they show up when they arrive (remember they may send a neutral alt in to scout first). You can spot them using Zkill but some common ones I’ve listed are:
Blood Raiders Children Orphanage Charity , CareBear Gankers , Coalition of Customs Professionals , CODE. , Novus Ordo. , Safety. , Slavers Union , 3Sharks

Watch your D-scan to see when probes are out or ships incoming. Move away from the warp-in point of the asteroids. Set up safe-warp points.

You can also go “better safe than sorry” for instance, and until you feel confident, when you see anything worrisome, dock up, grab a cheaper Venture, head back out and continue mining for a bit in the Venture. Gradually you’ll get to know who the normal players passing through your system are, and who the potential gankers are.

And yes, you avoid Caldari space and systems within 5-6 jumps of a hub because that’s where the gankers hunt.

And yes, you avoid Caldari space and systems within 5-6 jumps of a hub because that’s where the gankers hunt.

They all use the same ships, so I’d presume using thermal and kinetic resistances.

The typical ganker ship is probably going to be blaster fit, so that makes sense.

Thrashers are used, even Coercers. So it can be a decently safe bet to go kin/therm but doesn’t mean one can ignore the other resists.

Curious, would I go suspect/criminal if I used a smart-bomb in defense?