Thanks for trapping my toons with extended downtime

Thanks for trapping my toons in a wormhole with extended Downtime, thanks to another CCP fuckup. Exits died while waiting for servers to come back up. What a crock.

You didn’t get your characters out of a closing wormhole in time so now you blame CCP?

Sounds to me like you’re blaming someone else for your own mistakes.

Classic blaming others for your problems. Now I like looking at both sides here perhaps OP was not available to be at his PC to move his toons out before? Or something else caught his attention and he was playing right before DT?

Eather way he should have known DT was coming and the WH was likely EOL so CLOSEING ANY MINUTE/HR I should get out before DT.

Classic blaming others for his own mistake.

…thanks to another CCP Lindon Avery fuckup.

You should definitely know better after 11.5 years.

after 11.5 years CCP should be able to do a server reboot in less than 30 minutes too. Not like this patch actually fixed anything

They generally can, but that doesn’t mean be a dumbass and play like an idiot.

All of the old practices about downtime still apply.

All of the normal practices for playing in wormholes still apply - all the time. Downtime, even an extended one shouldn’t impact anything if you know what you are doing.

Are you actually trapped?

Coz there’s a big difference between having your exit close with the inconvenience of having to scan down another way out and actually being TRAPPED i.e. in there with no probes.

I assume you arn’t silly enough to actually be “trapped”

I bet you eat shower caps in hotels too.

Trapped in the metaverse, seems to be going according to shadowy powers that be’s plans.

That’s a new one, please don’t explain in detail.

They do. Most days they’re mere minutes long. As opposed to when you (and I) started playing and they were an hour every day, if we were lucky. And if we were really lucky the game actually worked when it came back up.

WH exits die all the time, that is the point. If you are caught out by that it means you were unprepared.

The chance that they timed out exactly during extended downtime is possible but a quick glance at your Zkill shows you to be mostly clueless so it’s fairly safe to assume you’re making ■■■■ up.

And as said, even if you should be able to deal with it.

Consider it… an adventure in wormhole land.

Often DT’s are less than 5 minutes? CCP owns the biggest MMO server in the entire industry. There are so many delicate parts to it. Army of devs and IT guys to find every issue that creates sub issues on a scale this big…
Constant R&D with them they have little examples to follow as there is no other game witch such a big server and so many small areas and parts.

I would humble yourself.

my toons in a wormhole with extended Downtime

If you’ve been playing since 2010 then “extended downtime” should be bringing back the rose tinted glasses of the good ol’ days’ “normal downtime” which was at least 1 hour long each day every day.

Thanks for trapping my toons in a wormhole

I bet you eat shower caps in hotels too.

That’s a new one, please don’t explain in detail.

Someone that’s been playing 11+ years and doesn’t know how to plan for daily downtime -extended or not- sounds like the kind of person that would eat those miniature bars of soap found in hotel bathrooms. But shower caps? That’s a new one. Please, unpack this one for me.

What a noob thing to say and blame CCP. YOU forgot to have spare probes ( any halfwit knows to take extra probes ) You ( well any halfwit knows when DT is coming YOU know the message that gets spammed about daily downtime and then the timer appears ) should have left the wormhole before DT .
I suppose you blame car manufacturers for you getting wet in the rain because you dont put the windows up…
Oh is it the C3 you are in btw ?? 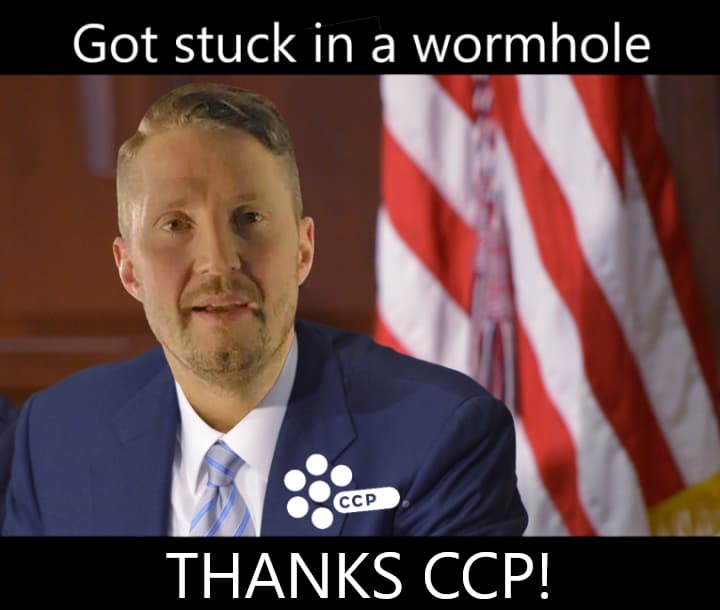 Edit: This post is not spam, it’s a meme designed to convey my opinion in an attention grabbing, concise, and humorous way. Specifically, it references the Thanks Obama meme, which was used to satirically blame obama for causing problems that he had no role in or control over. I felt it was an appropriate reference because OP was blaming CCP for something that was his own fault. 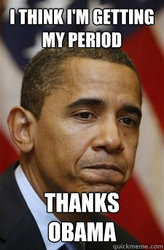