I couldn’t find the appropriate forum section for this.
I did leave a thumbup for the game on Steam review but I thought it best if I left a review on CCP’s own official forum.
…

Hello everybody.
This is my review for EVE Online. It is my personal opinion of the game.
I would also like to read your opinions/reviews of the game, hence the title of the thread.

Sorry, there is no TL;DR on this one as it is a review.

Thank you for reading. Have a nice day.

Nice review, thank you for taking the time to make it.

In a rush atm so may reply more later. However on point 1, make sure your launcher is set to download full game when running tutorial. Otherwise you can experience slowdowns at the start as the game is simultaneously DLing everything you need.

Other ideas and feedback looks good. Hope you have some fun with it and let us know how it goes!

I will pay 15 dollar/euro or 10 pounds for a single month, and not a single penny more.

Hence I find myself as an Alpha at the moment, also I find my interest in EVE tailing off, as Alpha is not much fun, my interest will soon fizzle out completely, and at that point they will not get anything out of me.

@Kezrai_Charzai Thank you! Will do.

EVE is largely player driven, it’s not so much about “NPC lore”. That being said I wish the tutorial was done by Jove/SOCT instead of AIR, that way they could have intertwined some of EVE’s history and lore in the tutorial.

just about everything that the player could want to know about the game and about New Eden.

Are you willing to watch a 3 week long video? As a sandbox it’s up to you to find your goal and niche, if the game would tell you what to do it would kinda defeat the purpose. Still, the career tutorials give you 5 basic play styles and show you stuff about it, you could choose a starting point from those. Sandboxes are what they are, some folks like it and others do not.

Also, there are many windows to work through, too many. So many that organizing them all in a way that can be readily useful isn’t conductive to a good experience.
I suggest one window for fitting and another for all the other ones, arranged like the pages of a book or, better, to look like a mobile device, some interactive screen from which everything could be done except the fitting.

EVE is very complex, can’t really hide that fact. They ARE working on it, some things are better than others but so far I kinda like the new UI.

Day one is for “OMG what the hell is this, how do I even move!”. Not “lets go into the intricate details of burning out your modules (which requires a skill you don’t have and costs a ton for a newbie)”. I disagree here.

All the items, the portraits, the ships in Hangar… almost everything, except when we undock and the ship in the fitting window, is in 2D.

We used to have a better icons, colourful ones and not these boring low effort annoying ones. 3D ones could work but also could get very difficult to distinguish.

unreasonable to charge that much per month, for any game

It’s not “any game” though

besides there’s tons of offers all the time, we just had one in fact, and every 3 months we get a really nice one with MCT built in.

Nice review. I agree with a lot of what you point out and I like a lot of your suggestions, especially the idea of having only the fitting window and the rest be handled through a kind of on-screen mobile device. It’s intriguing but new.

I’ll write a short review in this thread as soon as I can clear my head enough to make sense over a few paragraphs. 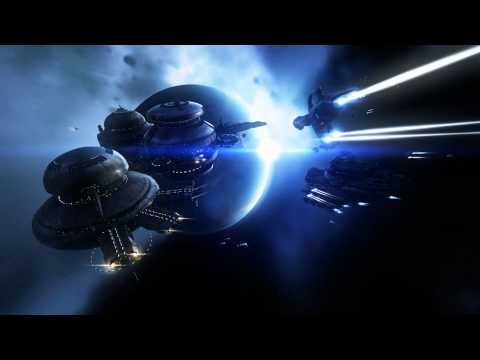 Aura should be a helper

Aura should be deleted.