Capsuleers and all those concerned,

The Society of Adrift Hope is forever grateful to those who donated their bodies to our effort advertised here. Thanks to the kind contributions of those individuals and the efforts of our small team, we have been able to begin the first stages of communicating with the Drifters. 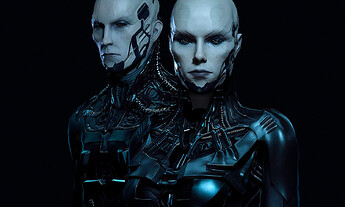 While the Drifters are a mysterious new faction that appeared in New Eden in early YC117, so far all attempts at communication with them have failed. By all appearances and indications the Drifters are members of the Jove race, albeit far removed and with a strangely altered physiology. The high degree of cybernetic modification that Drifters exhibit seems to go hand in hand with an implacable single-mindedness and utter ruthlessness while pursuing their mysterious goals.

This is what is most universally known of them thus far across New Eden.

And yet we, the Society of Adrift Hope, consider the Drifters to be among New Eden’s less fortunate? 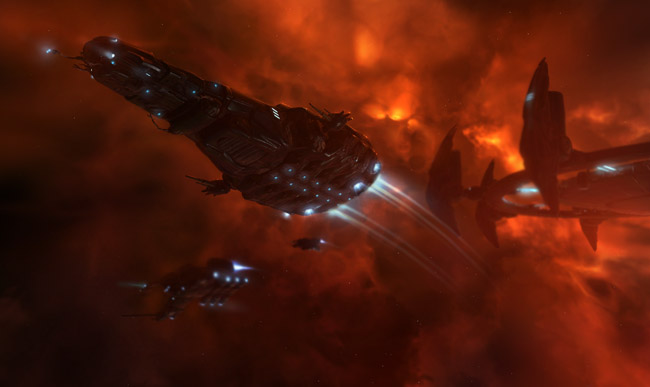 Our factions paid no mind to who they were taking those implants from.
Nor any mind to the scale of cruelty they were inflicting upon the vulnerable.

The Society of Adrift Hope believes the Drifters and the Sleepers to be one of the same faction. We also believe them to be Jovian and specifically Jovians who were driven into the womholes out of relation to the degenerative disease known to have exterminated most of the Jove.

But then came the Triglavians.

Another faction of ancient Jove, seemingly without the degenerative disease, yet at war with the Sleepers and Drifters combined and considering them as an ancient enemy within their data fragments.

While the Drifters did begin several efforts to push into our space in more recent years, the Society of Adrift Hope believes the emergence of Triglavians and their efforts to establish Pochven changed the Drifters’ priorities. Somehow, some way, a threat greater (than even our kind’s cruelty of their structures and their bodies) has shown to have surfaced.

The Society of Adrift Hope hereby publicly maintains the following; we believe the Triglavians to be the authors of the degenerative disease that has been exterminating the Jove. Even the Jove sympathetic to our kind who gifted our factions the capsule being subject to the Triglavian’s method of extermination.

We believe, and this corresponds with the data we have access to, that this is because of an ancient conflict stemming from the original Tyrannos name; when one faction of Jove tried to unite the different factions of Jovians and those who would later become the Triglavians were not on board.

We also believe the Triglavians would have succeeded, establishing themselves an ultimate power in New Eden, eventually. Capable of being able to bleed suns, disable gates, cyno beacons, and any way of life or power outside of their flow.

We believe those who think the Triglavians to be interested in being anything less than the ultimate power over all of New Eden to be in grave danger.

We also believe it is time for EDENCOM to grow. They alone have demonstrated inability to halt the aspirations of Triglavians. Diplomacy might be the arm they are flexing currently but they are doing it with a faction whom (if our calculations are remotely correct) is not remotely interested in broadening their collective.

The Society of Adrift Hope believes there is only one faction capable of rivaling the Triglavian Jove; the Tyrannos Jove.

The Society of Adrift Hope believes they have no reason consider us worthy of communication thanks to our crimes made against them.

The Society of Adrift Hope believes by way of simple gestures over time, we can begin to mend our terrible history. 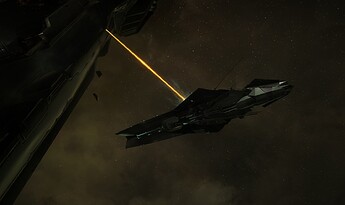 The Society of Adrift Hope has conducted a series of tests (and will likely conduct more in the future) regarding Drifter behavior. We believe them to be more potentially sentient compared to the Sleepers. We brought four resources with us in every occasion of testing;

We tested Drifter behavior in Pochven, Abyssals, and at the now-degraded Jove Observatories where an Unidentified Wormhole was present in system.

We are fairly proud of what we were able to uncover: 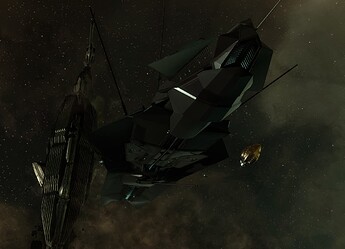 Until further results can be observed, please consider that previous assessments of the Drifters and Sleepers may not have been very accurate, as most capsuleers I have interacted with immediately seek to use violence against them. Perhaps it is an unavoidable nature to our kind and thus why we as a whole may never be able to earn their trust.

Yet, as Yoiul Festival approaches, please consider these strange alien distant kin who have had their bodies stolen when making arrangements for gifting. Your spent sleeve is another soul’s sole hope of escaping this nightmare.

If you don’t do it for anything else, do it for those worlds the Triglavians took from you.

Maybe you’ll look across the battlefield one day and see a dark-eyed form of yourself, rendering justice or becoming the next greatest being to hunt in your insatiable thirst for battle.

We are all monsters in these stars.

Take a drink every time she writes ‘believe’ in this report.

Except don’t actually because that would undoubtedly be fatal to anyone not bearing the appropriate augments to compensate for the toxicity.

Shame onto all those that saw fit to donate any bodies to this cult.

Thank you for sharing your findings! Communication is sure to be the first step towards understanding. I am pleased that the donations have been of enough assistance in your daring work to produce these findings!

My contact has also expressed their enthusiasm for your generous openness to collaborate on Drifter research. They look forward to continuing their correspondence with you.

Shame onto all those that saw fit to donate any bodies to this cult.

Shame you would discount an opportunity to learn more.

If you want to learn about the Drifters, ask ARC, they have been leading research into them since their emergence.

Dea is an idiot and the foundations of her hypotheses are based one either blind, unsubstantiated belief or just blatantly incorrect information. You are humoring a demented cultist and feeding an omnicidal war machine.

Please do not gift corpses to the Drifters. It fuels their armada quite handily. Simple concept. Thanks.

I thought Sleepers were a separate thing from Drifters?

I know they’re often seen near each other but not united.

Those Autosynthian-things (pardon spelling) do seem to be connected to Drifters (though some have said too they are separate.

Maybe if the Drifters are so cybernetic in nature, mechanoids like Sleepers and Autos have some kind of “affinity” towards them?

(Hopefully, if so, rogue drones won’t feel the same too!

So … at least as I understand it, Ms. Endares, the Sleeper ships we know are sort of maintenance and defense drones for what seems hard to explain as anything other than an upload society. If so, the Drifters would seem to be their actual military-- or maybe sort of a militant order?

They’re associated closely; you can find Sleeper ships in numbers defending Drifter hives, including at its heart. But exactly what the relationship actually is we haven’t really had a chance to ask, since they don’t communicate.

So … at least as I understand it, Ms. Endares, the Sleeper ships we know are sort of maintenance and defense drones for what seems hard to explain as anything other than an upload society.

Then why are sleepers in J space?

That is, if J space are systems faaaaaaaar out side of New Eden that would mean either the Sleepers are also from an outside civilization, perhaps the Drifters too. Or, the Drifters originated in Empire space, went to build their civilization in Jspace before coming back to Empire space.

Oh, I’m not forgetting that at all.

So to be clear, there are Sleeper ruins in K-space as well-- not a lot, not as many as in Anoikis, just some, a few remnants. We knew of them as Ancients before we ever reached Anoikis, alongside the Talocan and Yan-Jung. (The Takmahl seem to be more recent.)

We don’t know, I don’t think, why the Sleepers left so much more of themselves in Anoikis. Maybe it was because of their war with the Triglavians, who seem to recognize them as an ancient enemy-- a less-extreme version of what the Triglavians seem likely to have done to escape them: hiding somewhere out of reach.

Either way, it’s likely that the Drifters are Sleepers, in some sense.

We don’t know, I don’t think, why the Sleepers left so much more of themselves in Anoikis. Maybe it was because of their war with the Triglavians,

That would imply the Trig society is much older than the Empire civilizations.

That would imply the Trig society is much older than the Empire civilizations.

And yet they and their tech remained hidden for so long…

They were even better hidden than the Sleepers, after all.

We came upon the Sleeper ruins and thought they were tombs. Maybe in a way they were, but the ghosts were soon awake.

In a way, that’s what the Drifters seem to be: vengeful spirits, angry ghosts. It might be that a Drifter’s ashen face hides a multitude of minds.

We don’t know. They won’t talk.

I don’t think they’re our friends (would you befriend the insects who invade your tomb to eat your mummified corpse?), but … getting them to talk is an idea I’m okay with trying. Even if it means letting them become corporeal again. Something interesting might come of it.

And the amount of kybernaut squawking suggests their thoughts are kin to mine, just different in perspective.

Whatever the truths of the deepest matters of the Drifters may be, it’s apparent that they likely see themselves as the inheritors of the legacy of the Second Jove Empire. Why “Ancient Enemy”, though? The only probably explanation is that the Triglvians themselves were threatened by the Tyrants or Second Empire as a whole long ago, and escaped to the Abyss for some reason.

This may make one think that they weren’t a Jove group themselves, but one thing instead points to the exact opposite conclusion:

The first obtained examples of Trinary Data “relics” came from Sleeper Enclaves previously cloaked in K-space, which the Drifters began assailing to take resources from in late YC119. The thing is, these Sleeper Enclaves fought AGAINST the Drifters, with we Capsuleers collecting Trinary Relics from those that managed to in fact destroy the Drifters attacking them. These Sleeper structures were both opposed to the Drifters, and were in the possession of Trinary data nearly identical to that found with the Triglavians - not to mention that Trinary formats of storage have been a characteristically Jove quirk since the earliest days of Capsuleers, even for the Third Empire.

I must admit the mental image of giving a Drifter a capsuleer corpse as a Yoiul present made me laugh heartily, so I thank you for that at least.