The Null-Sec: The Return of the King

I just noticed on Reddit a new rated thread about incoming war for 0.0 “Everyone vs everyone”. 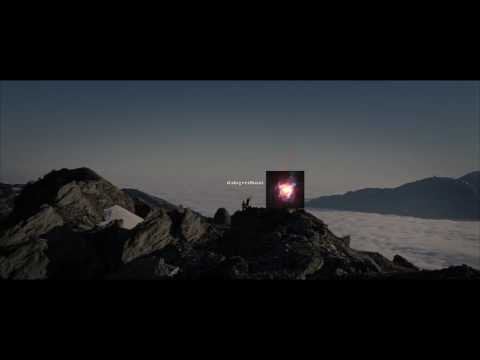 r/Eve - With pl moving caps to tenerefis, what's been old is new again

In the topic is an old video.

Interestingly that most of Legacy members were surprised by their opponents in activity and quantity at both battles in LK1K and some Tenerifis systems. This makes that old video so actual. The forces from the East gathering the resources from around the World at Osgiliath and as soon that town will fall, they’ll be at Minas Tirith gate.

The most interesting part behind this is actually an unknown quantity of resources redeployed there during the last week. As I noticed during the last weekend, and as somebody reported also, many systems in a range order in Metropolis, Heimatar, Molden Heath and Derelik regions suffered huge TiDi between 30% and 50%. I suppose it’s because of jump-bridging ‘assets’. What should happen this time, after 9-4 server fiasco?

As the topic is named, there are a couple of questions after comparing the EVE and movie, because the video isn’t certain about it:

I see your LOTR reference, and raise you a Circle Of Two. Frodo is most definitely all up in Sauron’s Keepstar…

Should have been everone vs goons. Who else is curious whar riches are to take from them? I mean, they had to stash that ISK and minerals somewhere?

Goons will just buy the leader/a person in high position of one of the parties and abort the war again in the delivery room. No one will win, everyone will lose, and goons will be happy.

And thanks to the wisdom of EVE voters, we have one of those turncoats in the CSM now, unironically now member of CONDI, who let himself buy out and destroy potential for a massive action fest earlier this year.

Winter Co will most likely get gangbanged and that’s it

I think everybody should just burn the blue doughnut.

Where is Elrond, with the Sword of the Kings (Arsil)?

Aragorn already has the sword. He reforged it in the first book. I don’t know how any of this applies to Eve, but mention LoTR and I’m in.

Blue donut, what is this, 2014, 2015? Nullsec has been a burning dumpster fire for the last 2 months at the very least with The Imperium casually helicopter dicking up and down westnull, PL running away to pretend they are relevant, GOTG are attempting to fending off agressive casual observers.

“Meanwhile in high-sec” … some rich dude got ganked by code and the high-sec mission runners carry on regardless safe in the knowledge that those arseholes who have kidnapped that bloody damsel yet again. Will get stomped by angry blinged out mission running battleships in a high-sec system near you, while the regular inhabitants don’t give two shits about the CSM elections or anything regarding coherent cohesion. Making the goon majority CSM laugh at the ineptitude of the regular high-sec dweller.

“Arsil”??!! Do you mean Narsil, reforged into Anduril, Flame of the West?

What are you, some lowly orc?

This is EVE related stuff, which can determine the in game market, corporation, industry trends for the next 6 months. Sometimes I brought this forum’s attention to some core meta moments. No more, no less.

Goons will just buy the leader/a person in high position of one of the parties and abort the war again in the delivery room. No one will win, everyone will lose, and goons will be happy.

This makes sense. This is the core aspect and the most hidden issue of the current Null-Sec Alliances. Rich IRL people (aka from rich countries) just consolidating themselves around some powerbloc. There are like two IRL rich powerblocs in game, divided just by time zones, which looking for enemies, easy targets, whatever… and they don’t want to lose their stuff whatever can happen.

And thanks to the wisdom of EVE voters, we have one of those turncoats in the CSM now, unironically now member of CONDI, who let himself buy out and destroy potential for a massive action fest earlier this year.

The funny moment is, I believe, Goons are surprised about Judge’s [CSM] most of all :). He got some devilish respect because of this. Capsuleers will remember it once more.

Winter Co will most likely get gangbanged and that’s it

Winter Co is a very special Coalition with very special purposes. They can lose stuff, most of all, but they’ll not lost their basement. Due to their time zone and subculture aspects, they’ll be able to keep their members stacked together. Whatever can happen, their members will not become the ‘night guards’ for other powerblocs.

The XIX is in a bad situation. The place, where they have been to settle and rebuild, is heavily invaded by everybody opposed to Legacy. Everybody wish to turn them into some sort of ‘meat shield’ in this war.The Fortizar resources, gifted with Outposts ‘turn coat’, can be easily and cheaply thrown whenever they’ll gone. GG CCP. Nice help for the weak Alliances.

Due to my information, like too many of XIX members don’t trust to their leaders. Damn, who can believe, that an Alliance like XIX can be ambushed like it happened in C-LTXS. They can just log off during this war and that all. But many of them want to participate in it. Therefore, they can use a Kutuzov’s tactic:

When Napoleon invaded Russia in 1812, Michael Andreas Barclay de Tolly (then Minister of War) chose to follow the scorched earth principle and retreat rather than to risk a major battle. His strategy aroused grudges from most of the generals and soldiers, notably Prince Pyotr Bagration. As Alexander had to choose a new general, there was only one choice: Kutuzov. He found popularity among the troops mainly because he was Russian (most of the generals commanding Russian troops at that time were foreign), he was brave, he had proven himself in battle, strongly believed in the Russian Orthodox Church, and he looked out for the troops’ well-being. The nobles and clergy also regarded Kutuzov highly. Therefore, when Kutuzov was appointed commander-in-chief in late August and he joined the army on 29 August 1812,[16] the nation greeted Kutuzov with delight. Only Alexander, repulsed by Kutuzov’s physique and irrationally holding him responsible for the defeat at Austerlitz, did not celebrate Kutuzov’s commission.[17][18][19]

Within two weeks Kutuzov decided to give major battle on the approaches to Moscow. He withdrew the troops still further to the east, deploying them for the upcoming battle.[16] Two huge armies clashed near Borodino on 7 September 1812 in what has been described as the greatest battle in human history up to that date[citation needed], involving nearly a quarter of a million soldiers. The result of the battle was inconclusive, with near a third of both the French and the Russian army killed or wounded. After a conference at the village of Fili, Kutuzov fell back on the strategy of his predecessor: withdraw in order to preserve the Russian army as long as possible.

This came at the price of losing Moscow, whose population was evacuated. Having retreated along the Kaluga road and replenished his munitions, he forced Napoleon into retreat in the Battle of Maloyaroslavets and blocked his way through Kaluga. This allowed Kutuzov to force Napoleon to retreat via Mozhaisk and Smolensk, the devastated route of his advance that Napoleon had wished to avoid. The old general’s cautious pursuit of the retreating Grand Army evoked much criticism, but ultimately only a small remnant (93,000 of the 690,000 men) of the Grand Army returned to Prussian soil alive. Hence the Russian general’s caution was thoroughly vindicated.

In EVE it can be applied next way: NC/PL and that Holy Stuff is deploying in Tenerifis - they move to Tenal and Branch and fu-ck with those ratters, the NC/PL is moving back - they moving back to Tenerifis. Anyway, a Subcapital fleet is much easier to redeploy - Fozzy SOV advantages.

I think everybody should just burn the blue doughnut.

The BlueDonut War is a Fake!

"This is how it’s done. When people are sitting on ■■■■ that you want, you make them your enemy. Then you justify taking it."

Firstly was told: “F-k BlueDonut! Shoot BlueDonut!”. Now they say: “We have a blue card, we are friends, don’t shoot!”

Everybody who fought vs BlueDonut, now created their own Donut, like it always happened in history…

Aragorn already has the sword. He reforged it in the first book. I don’t know how any of this applies to Eve, but mention LoTR and I’m in.

As I remember, Elrond reforged the broken sword, because it was his daughter’s will. After that he brought that reforged sword to Aragorn at Dimholt camp in the third movie of second Tolkien’s trilogy. More information about that sword ask to @Buoytender_Bob.

“Arsil”??!! Do you mean Narsil, reforged into Anduril, Flame of the West?

Yes! Thank you, Lorekeeper of the Middlearth.