The Phoenix Uprising - NS Mining/Ratting by day, PVP by night!

We are a small but active corp and are looking for people to come and fly with us. We are (semi) mature, and we understand that real life comes first. We have experienced Fleet Commanders, Null sec operatives, and Explorers.

We are PVE and Industrial orientated but we don’t care if you are new to the area or a rugged veteran. We do also have a heavy PVP based alliance for those who prefer combat.

If interested Please join TPUX Recruitment or reach out to our recruiters.

Just wanted to announce that we are actively recruiting for pvp and indy roles.

This week we added a couple newbro RL friends, even play in the same room. Good to have them in the corp and fun to have in our comms! One is taking an active interest in scouting for pvp action, we’re showing him the ropes.
We also added a returning player with a couple accounts. Likes to mine ice. Not a bad idea, ice field is two jumps from home, and three from the local market.

Feel free to jump in our discord or in game recruitment channel.

Check out the The Phoenix Uprising community on Discord - hang out with 104 other members and enjoy free voice and text chat.

Fleet departed at the secondary depature time and headed up to Provi for some raiding. At one point our Curse and Caracal went homewards and were replaced by a Dramiel and Retribution. Great job everyone!

Started out pretty quick - caught an Epithal and Nerus in BR-N and IS-R + the pods (tasty). From there we went on into our traditional hunting grounds - first we nailed a Heron (RIP, the poor ■■■■■■ didn’t stand a chance) then his pod… Then some idiot VNI engaged on a gate in GN7 and instead of warping off let us get tackle on him. He held pretty well and was moving hella fast, but there isn’t much you can do when that much tackle catches up. RIP. + RIP a pod.

THEN We get another Nereus who lit an indy cyno with no tank while we’re all over their intel… well okay then. He ded.

Then the piece de resistance! We caught a Hyperion ratting. We aren’t sure if he was fail bait or what, but he ded too. After we finished killing it we all took our laser cutters and made tokens emblazoned with ‘this guy was dumb’ on them and wore them around our necks for the rest of the fleet.

After that fun timez we went to poke RC because no provi run is the complete unless we try and kill some Rogue Consortium dick nuts. On the way there we got a stabber in 9UY on our gate so you know, we killed it. Our tackle got a little pucker going as they thought they might die but it all worked out. So far so good - no losses!

Onwards! Basically we found nothing in RC space except some enyo that got greedy. Ohji made a go for him after we jumped out so he engaged, Ohji bubbled, we burned back. Ohji died. Enyo died. Ohji got SRP for being a (slightly dumb) ballsy ■■■■■■■ hero.

Did you know that The Phoenix Uprising features a Pseudo-SIG?

Do you love to mine but also enjoy a bit of PVP?

Do you like going against the typical meta just for fun?

The Federation’s Black Eagles special operations division has a detachment in our home space! The Black Eagles run PVP operations in enemy space using Gallente based doctrines. Few things in life are as satisfying as charging into enemy fire to get within blaster range and then simply removing chunks of their ship by firing Anti-matter and Void ammunition at them.

Some examples of what we run:

Alpha and low SP options always available.
No one turned away due to inexperience.
Ships often (not always) provided.

Did you know that TPUX runs training when requested?

Our pilots are well taken care of - not only do we provide you the ships you need to succeed, but we will also train you in their use when requested.

We run combat training fleets each quarter as well as offer training on an as-requested basis for new pilots moving into the area.

Do you want to know more?

Check out the The Phoenix Uprising community on Discord - hang out with 88 other members and enjoy free voice and text chat.

Just a taste of the action you get with our corp.

TPUX set a athanor down in TV8 to give us a presence in the system and a small fleet strikes off to go defend the timer. The anchoring timer goes off without a hitch, the final repair timer starts to countdown and goes down from 15:00 to 00:45 without any action. We get a report from eyes in the area that there was around 20 bee’s in bombers enter the sytem. The bee’s arrive at the station at just after the station full repaired and then they started to shoot it. (JUST A BIT OUTSIDE https://tenor.com/view/just-abit-outside-gif-10768558) Our small fleet of 10 pilots hold off the bomber fleet and force them to batphone a 80 man jackdaw fleet. The structure lost its shield and armor due to use busy swatting at the bees. A fun fleet was had by all and we won the isk war. 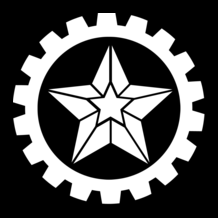