"There is a conspiracy surrounding PKN Interstellar." 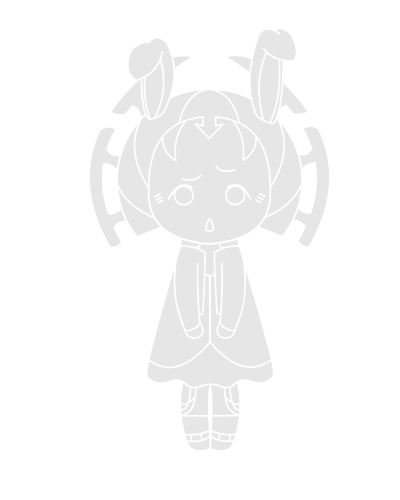 “New Eden will criticize the Guristas as being full of greedy power-mongering criminals, because that’s what those with the power already in their hands will tell them and enforce them to believe. They’ll do this so the masses look outwards and not inwards on their own society, to make them ignore the 1% who are ‘legally’ amassing wealth beyond what the common man has, and gaining power and influence in their native governments to rig the game in their favor. All at the expense of the people they profited off of, that they manipulated into not looking up at them and start asking questions at… I don’t think many people see PKN Interstellar as I do, a conglomerate of private interests across the four major Empires who have more power and money than the Guristas could ever hope to have.”

“There is a conspiracy surrounding PKN Interstellar.”

“Yeah Suha, I’m with Utatis, I’m a little confused on that claim. Could you clarify?”

“D-Do you two not see this board I put together? I make all the connections that I could find in the present day to show that PKN Interstellar is more involved with New Eden than their little raffling system… They clearly have an agenda and the masses are blissfully ignorant to it!”

“Yes ma’am, I see your Arts & Crafts project here, but I don’t see how this is evidence of a wider conspiracy…”

“Hey! Utatis! Why are you being a dick?”

“Thank you Mumo! All I ask is that you all keep an open mind to what I’m suggesting…”

“Do you have any hard evidence?”

“No Utatis, unfortunately I don’t - all I have are a bunch of convenient connections that aren’t as innocent as they let on.”

“How about you break it down for us Suha? Maybe give Utatis here something to bite into to bring him around?”

“Don’t ask us for permission…”

“Good! The Subcranial Nanocontrollers are one of the biggest named products made by the Lai Dai Corporation for PKN Interstellar that are supposedly superior to transcranial microcontrollers that Amarrian slavers use to control their slaves! Now, who are two satellite members of PKN Interstellar?" Khanid Works and the Tash-Murkon family! And whose is the current empress of the Amarr Empire?”

“-Suha! You do realize that once a heir ascends to the throne in the Amarrian Empire they cut off all ties to their previous family, right?”

“You honestly believe that fedo-■■■■? What? Is Catiz somehow perfectly innocent and would’ve never dare indulge in her own private interests? It’s not like she was elected for her position, all she did is get some Capsuleers to kill other Capsuleers to make her Empress… And suddenly she is just incapable of being corrupt? What? Is she some robot carrying out lines of code with perfection? Never deviating once from the lines?”

“All of this is speculation if I’m being truthful Utatis! All of it is… But if we don’t speculate on these things then we’ll never know there’s something worth searching for evidence on! If we don’t speculate, we’re doomed to sleep though this and allow the PKN to grow in influence and power!”

"Thank you… So Tash-Murkon is an investor in PKN alongside Khanid Works, a ship designer for the Khanid Kingdom - A Khanid Sa-baron was involved in a scandal involving a “Lost Idama” that they had as a slave aboard their ship. Intaki liberators attacked the ship in an attempt to free their kinsman, failed - Then the Khanid royal navy meets with representatives of Intara Direct Action and Onikanabo Brigade…"

“Funny Intara’s name comes up given their involvement in the worm attack in Pure Blind.”

“Precisely Avio! The navy meets with these groups for ‘Counter terrorist’ operations and next we see of the Intaki in the news is the the raids on Intaki Prime by Onikanabo Brigade And Lai Dai Protetection Services with Ida monasteries and medical facilities being ransacked. Later Lai Dai shows up and occupies the planet… Lai Dai and the Khanid are very close business partners and I believe there is a theory suggesting the Lai Dai corporation stole some of the technology used by the Intaki for their ‘Rebirths’ and incorporated it into their Subcranial Nanocontroller design.”

“The Guristas would probably have done the same Suha.”

“But this isn’t the Guristas we’re talking about Utatis! This is Lai Dai! One of the oh-so-sacred mega-corporations of the Caldari State… So eventually the theft of these Nanocontrollers happens, and we’re leading into the Federal elections after a delay in voting after a crisis in multiple assassination attempts and a FTL Network blackout across the Federation - Now, there’s an interesting investor in PKN Interstellar, one that flew under the radar for me… Has anyone heard of Semiotique Superluminal? Anyone?”

“One of the largest FTL providers in the Federation, privately founded by trillionaire Lous Chavol.”

"Lous Chavol also founded another company… The Scope. So what you have is a single trillionaire, in control of a vast majority of the Federation’s FTL network AND the largest and most respected news brand in New Eden… Does nobody see how ■■■■■■ that is? FTL network blackout during the elections, assassination attempts and who reports on it? The Scope!"

“Suha - are you implying PKN has something to do with the election assassination attempts, blackouts and it’s turnout?”

“That’s exactly what I’m saying Utatis! Again! Speculation… But are we just gonna be naive and pretend there isn’t a thing going on here? Because Chavol isn’t the only associate of PKN involved in this cycle’s election. Quafe reportedly was accused of using “Soft-Drink-Responsive Subcranial Nanocontrollers” trial to “Push Favored Senate Candidates” which ties us back into the Subcranial plot, and Aliastra apparently were having their own shenanigans during the elections.”

“Aliastra was reported as not being an actual investor in PKN, Suha.”

“I know that Utatis! But of course they would mention that! To throw us off their trial and get us to stop paying attention to what they’re doing! It’s all apart of the drama to make us not think aobut it.”

“Oh I know so… Further on Aliatsra, it’s rumored they were chasing after full corporate status in the Caldari State. Which would be incredibly easy if you’re in bed with three of the eight mega corporations…CBD, NOH and Lai Dai… These three megas are the foundation, the power-base for this entire conglomerate of private interests.”

“What about the other members of PKN?”

“Oh-ho! Well I got something on one of them Avio, most of them have kept their heads down but I’ve noticed something interesting in particular with The Republic’s Leisure Group. The company’s largest shareholder is Kolvil Eifyr who-”

“-Which is a member of the Upwell Consortium…”

“That is correct Mumo, and that is also correct Utatis! Seeing where this is going now?”

“Perhaps… Now what about Impro and Trust Partners?”

“Impro is operated by the Society of Conscious Thought nowadays after the Jovians kicked the bucket. And Trust Partners are Thukker Tribe. Neither have made much noise so I don’t know where they all fit in just yet.”

“Alright then Suha… You gave us your presentation and now I gotta ask… What is your point here?”

“There is a conspiracy surrounding PKN Interstellar.”

“Isn’t it obvious Utatis? I want us to dig into this and find out more.”

“So we can expose them Utatia, so we can find an opening and hurt them and show them that we’re on to them…”

"… You think you can bring down PKN?

“Bring it down? No, damage them? Yes… Bunch of rich wealth pricks thinking they’re untouchable need to be brought down a peg. And this business with Subcranial Nanocontrollers? Sicking… They openly advertise them and when I see it? They just want people to start sticking them in their skulls voluntarily and open the door for PKN to control them… Their advertisements do advertise ‘control’ after all…”

“-Utatis, I think she’s onto something here.”

“Of course you would Avio…”

“I think we should look into this…However, we’re still trying to find a solution for this worm these guys have that can threaten Venal.”

“So far, so good Suha. Can’t give you an E.T.A on when We’ll have a solution, I still need that equipment.”

“Can I count on your help?”

“Well, sure… If I’m being honest this sounds like a wild goose chase, but it’s a goose chase you’re paying me to be apart of.”

"If I may Suha, I do think that worm should be our top priority before we start trying to throw rocks at a giant. Avio is right, something like this could threaten everything we’ve built thus far and if we start picking fights before we develop a counter, they might just attack Venal prematurely.

“Hmm… You might be right Mumo. Fine, we’ll hold off on getting too involved … But I knew this all went deeper than it let on to be and I insist we try to get to the bottom of it.”

“Sure Suha… You think the Guristas know about this?”

“They’ve attacked two members thus far Utatis, Lai Dai and Quafe. Don’t know what was stolen from the Quafe Corporation and a PKN product was swiped in the Lai Dai raid… Could just be valuable targets they’re after now that this conglomerate is putting out new technology. Though I wouldn’t put it past them to see the connections I’ve made…”