Beginning October YC 123, we added a fifth holiday to this longstanding tradition: TOTALITY DAY. Celebrated on October 13th of each year going forward, the kybernauts who call this region home are organizing a week of celebratory events in honor of the Triglavian Collective and will continue this tradition.

On October 13, YC 122, twenty-seven star systems across New Eden were cut off from their existing star gates and pulled into the abyssal realm of the Triglavians. Together, they form Pochven, the newest and most challenging region of space. Totality Day thus celebrates the anniversary of the creation of Pochven and the addition of the Triglavian Collective to New Eden’s Empires.

Oct 9 (Sun.), 18:00-20:00 EveTime: Return of Carebear’s Revenge Fleet Pochven PVP Roam (Hosted by Svarog Liberi).
Competition: The pilot with the highest ISK value destroyed for the duration of the fleet wins. If there is a tie for ISK value we will use damage done as a secondary qualification. Staging: Tunudan 7-4 Semiosis Theatre. Doctrine: ORE Ships, any fit. FREE PvP-fit Ventures will be provided or bring your own! Other ships may attend however only ORE ships will be considered for competition. 1st Prize: Orca hull; 2nd Prize: Skiff hull; 3rd Prize: Porpoise hull.
Comms: The Triglavian Times

October 13 (Thur.), 21:00 Eve Time and 23:00 Eve Time: POCHVEN Races (Hosted by The Triglavian Times). Racers will gather in Otela. This will be 2 different races… the 21:00 Eve Time race will travel thru the 24 systems excluding the home systems and the 23:00 Eve Time race with travel thru all 27 systems with both ending in Otela. (Third-party Proving along the parade route is not only expected, but encouraged.)
24 System race *First Prize: Ikitursa. Second Prize: Leshak. Third Prize: Vedmak.
27 System race *First Prize: Ikitursa. Second Prize: Zarmazd. Third Prize: Draugur.
Comms: The Triglavian Times

If there are events planned or groups wanted to host any events let me know and I will update the posting these are just the only events I currently know of at the moment. 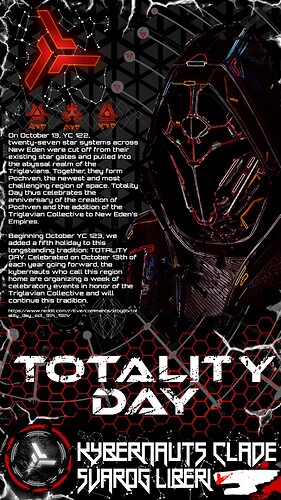 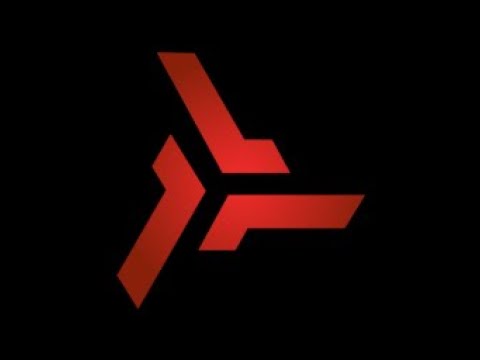 What a long, crazy trip it’s been… here’s to remembering the last few years of Pochven!

My respect (out of game) to the Kybernauts who fought for their cause. Pochven is the space that should be in all of new Eden. There, where structures have their value, where people stand up for each other.

Unfortunately, the envy and resentment is so high in New Eden that even this attempt will lead to it. That the Triglavianer must take first times one everything, so that mankind wakes up.

I do not want to swear that Triglavia are bad. They are just not what you think they are. And once released… but you will see for yourselves.

Broom broom you have been, For as spirits calls you only for his purpose,
only the old master calls you forth.

I look forward to the future, even if this still has one or the other twist :).

A Poem for the Future - YouTube (i left that for ya, neutral…)