I can haz evermarks? All my EverMarks are belong to you?

Seriously, are these going to be tradeable?

At this point in time, there are no plans to trade Evermarks at some point in the future. You can only spend the currency in the LP Store on a Paragon Station.

What about the thousands of players in NPC corps?

I just purchased an alliance logo and it allowed me to spend the EverMarks:

However, AFTER the fact, it tells me that I can’t use it.

I’m not the only one.

If/When you join a player corporation in an alliance, it will show.

Would like to suggest perhaps make the Evermarks a bounty currency and used inside the killrights asset part of the game.

@Uriel_the_Flame would that effect your operations if isk was removed from killrights?

Evermarks were always meant to be divorced from both real money costs and isk costs since it was introduced as a concept to players (at the time was called Interbus Credits). They had to be earned in game and could not be traded with other players. A player could trade in ships or modules and earn these Evermarks to get logos and eventually other holograms and customizations to ships. CCP would then use these ships and modules ‘donated’ by players to offer other players fitted ships for cash instead of just spawning these ships out of nothing.

Personally I don’t care about the ISK I just price my killrights according how much they are worth based on how expensive ships the target flies and loses in hisec. In other words how much the target might spend on removing their own killright.

A fairly new player or someone flying cheap ships won’t spend even 50 mil usually but one that loses Marauders left and right might pay several hundred mils, so I price them accordingly.

However the thing is it is rare (though not without example) that someone buys their own killright to clear it off but in the end loses many times the amount the killright was priced at, it is not without (several) example(s) that someone lost one or several billions worth ship and even pod as a result of a 50 mil killright (sometimes more expensive but never set any KR higher than 250 mil so far) so in the end they would been much better off if just bought their own killright.

So personally the ISK is of no factor and getting evermarks as payment is a better deal as long as it is a new thing or a rare commodity / currency so to me it is more beneficial than mere ISK. Someone who farms a lot of evermarks might be of differing opinion however, though.

However if people have to pay their own evermarks to activate a killright instead of ISK (or as an alternate option) then I am not sure why anyone would do that as ISK is much easier to come by than evermarks and if could only pay evermarks for activating a killright that might indeed negatively affect killright activations as I think people value evermarks much more than ISK so would be discuraged from spending them on killrights thus it would reduce the interest in killrights and killright hunting.

Reason for mentioning that with you is cause of the usefulness you had created.

If we did see a change to use more of the new Evermarks currency then there would need to have more uses such as having it as some form of trade cause if we don’t I am guessing it will not be sort after once the favorite ship hull had been unlocked.

Trading as stated above there are no plans which is another reason why I redirected towards Killrights.

/thanks for concidering it as a potential rare commodity.

Yes it could have more uses than just simply as a currency for holographs.

If the option to buy KRs for ISK stays and evermarks are just an additional option then it could work as then people who farm so many and have nothing else to spend it on can optionally use evermakrs but the rest can still use ISK as usual. (Guess the best would be if the KR owner can set both an ISK value and an evermarks value for the KR.)

(However this would make trading evermarks possible so that is also important to consider.)

) that only in hisec would be available thus it would not affect large fleet battles so the system would only consider bounties when in hisec and would not bother doing any calculations in other security level spaces.

I’m sure other interesting use cases can be brainstormed so this is just in regards to these similar subjects.

So thinking about and Evermarks and Killrights has another posibility, what if killmarks from past achievements be also added as a holograph option to purchase.

As ships hulls are lost that once held x amount of kill marks for that hull.

Question, what if the Killmark badge was then reintroduced via a tier system that is unlocked for hull in question, ie rifter with 25 killmarks can then be used for future holographs for that particular hull were the exchange of Evermarks was purchased unlocked.

You know the badge I am referring?

/Adding to this, imagine seeing a Catalyst warp into your mining belt rocking 1000 killmarks?

See where this could lead?

//Space wont be an issue as the higher the number could have a badge and a number or even a color bronze, silver, gold, diamond.

Not aware what you refer to as badge, is it like a medal in the decorations section?

Btw if killmarks are made permanent like this I’m sure people who are willing to spend the ISK would just farm killmarks so they permanently unlock them. Though you mention it could reset at the end of the year or some other limit but still there are people who pad their own killboard for some reason so I’m sure such people would pad their own killmarks too, which let’s be honest probably already happens anyway as well.

So not sure but on its own it sounds good just not sure how much it would be exploited or how such could be limited without too complex ruleset to check each time a player destroys a capsuleer ship.

This is the badge that could become a holograph for future hulls of this type of ship that is purchased via Evermarks.

Yes that’s a killmark. Never heard of it being referred to as badge though. 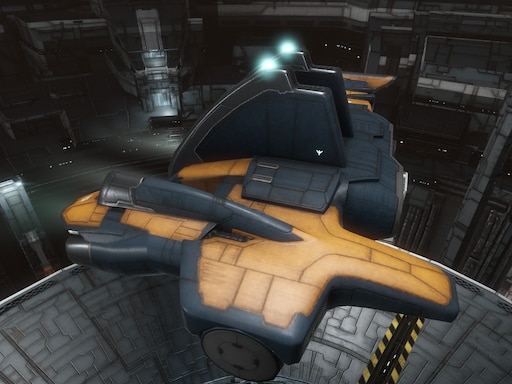 They come from real-life btw: 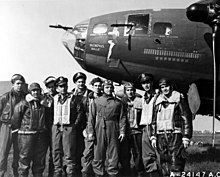 Well the Killmark would become a badge that shows that progress but in a different style of look as we wouldn’t want to mistake it as being the actual hulls killmark.
eg;

Oh I see you meant the new thing would be called a badge. Yeah makes sense.