after having some succeess with my update on the state of the State (See here: State of the State: Timeline and geography of Triglavian activity and EDENCOM responses in Caldari territory ), I have decided to rework and expand on the idea of mapping the activity of the Collective and EDENCOM across known space.

This project may also assist those that are shot by one or the other side to avoid systems that are a threat to their travels.

I have added a final update to the maps as it seems the Triglavians are moving towards a new phase of operations. These maps now reflect the status right before the onset of Totality. 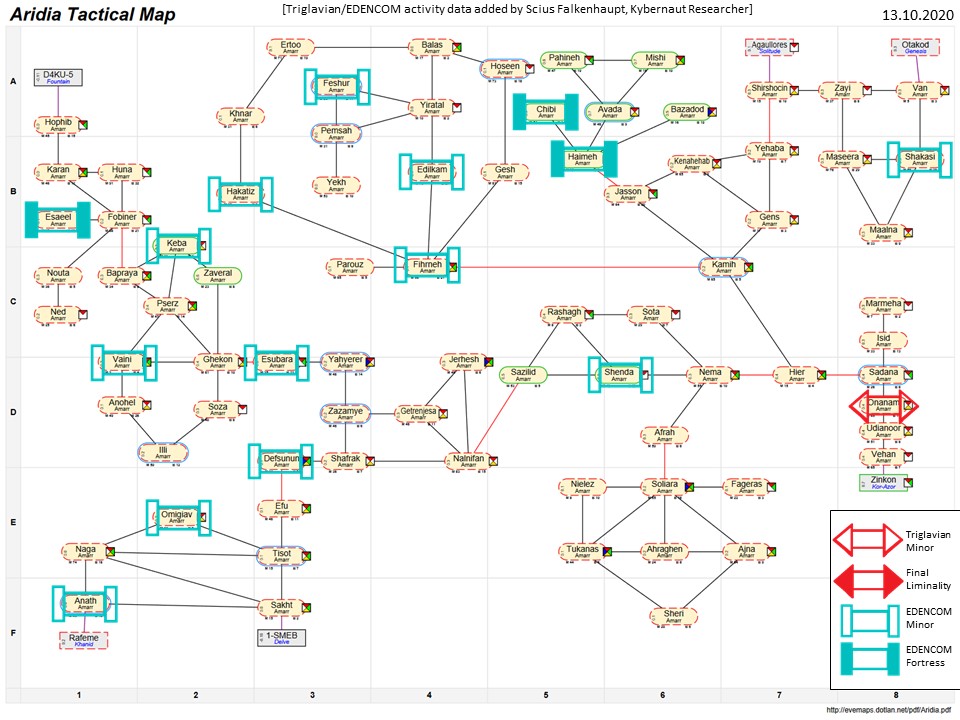 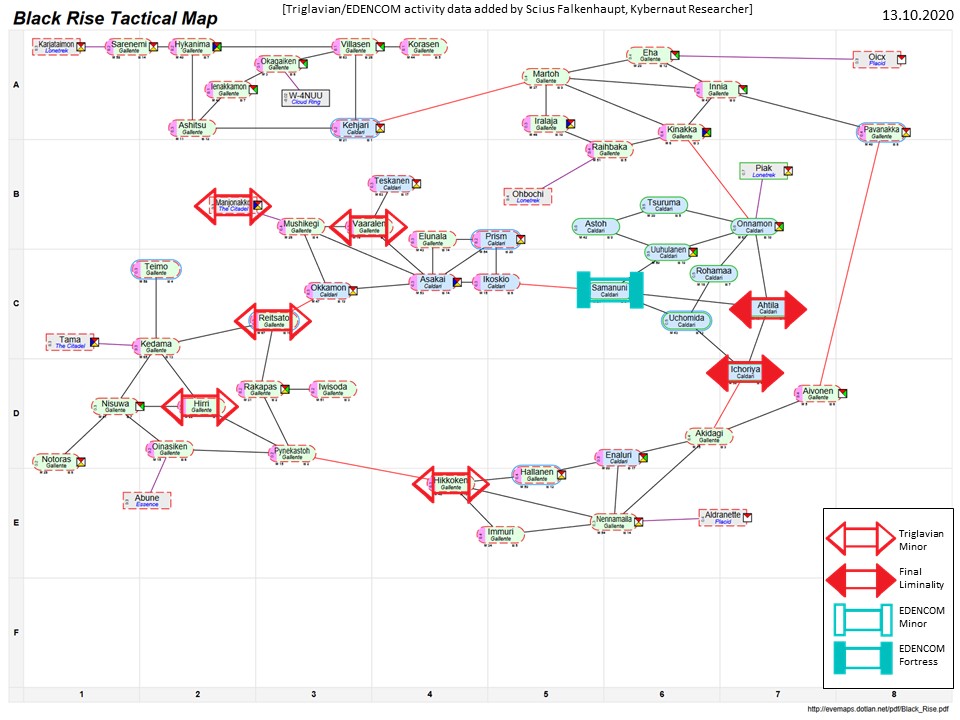 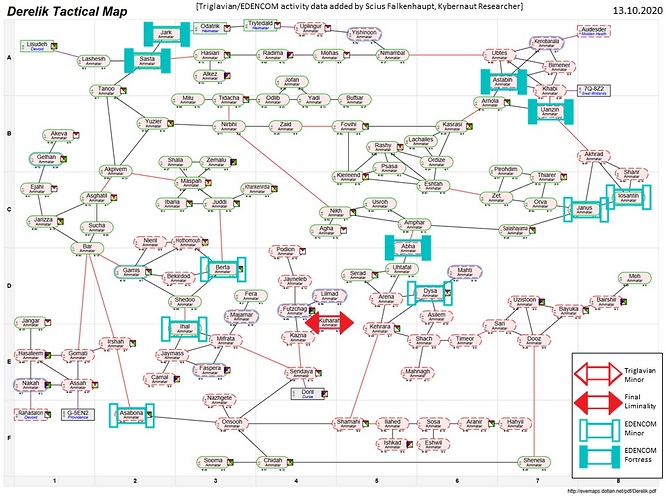 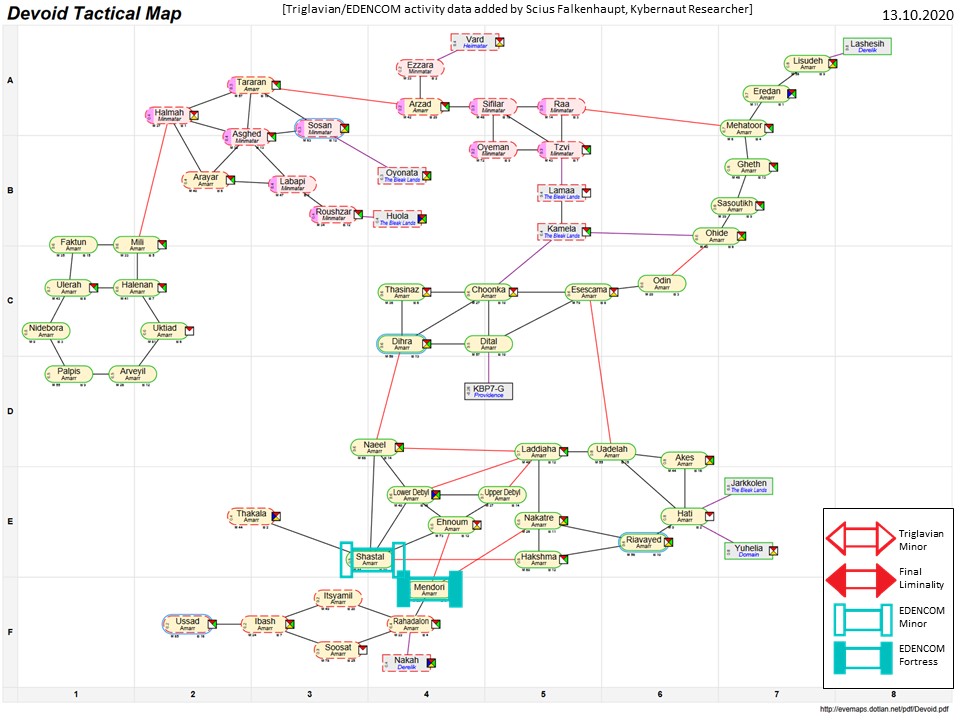 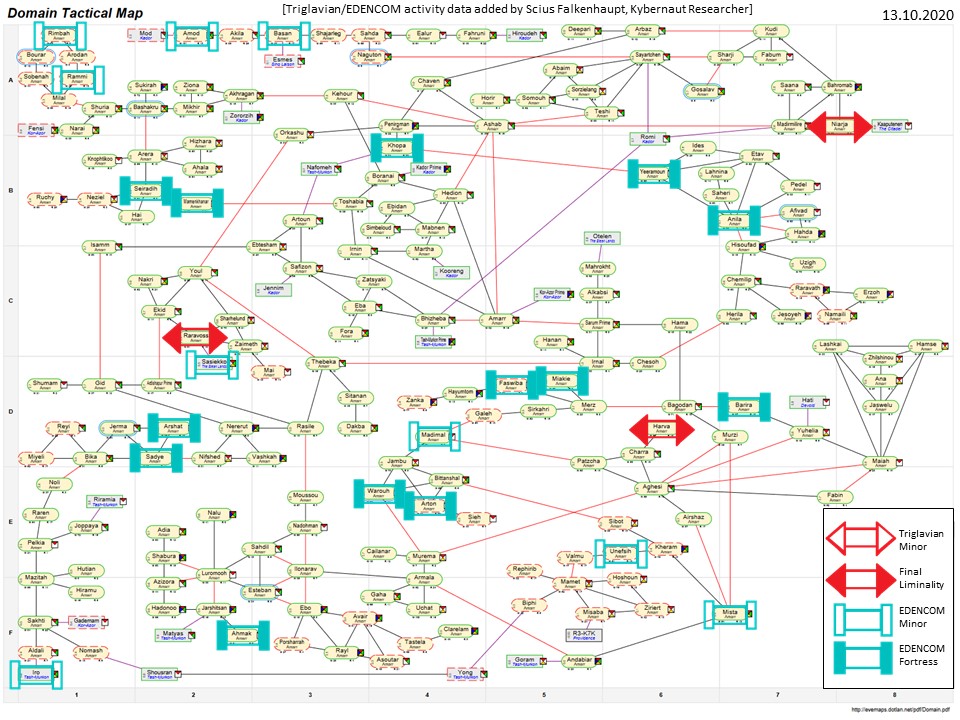 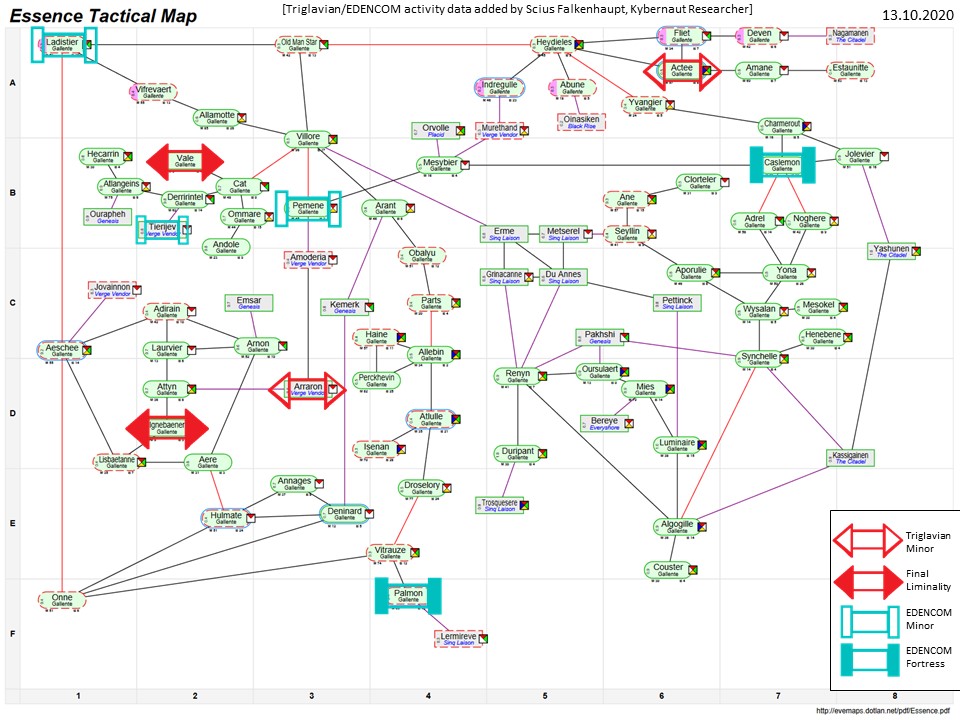 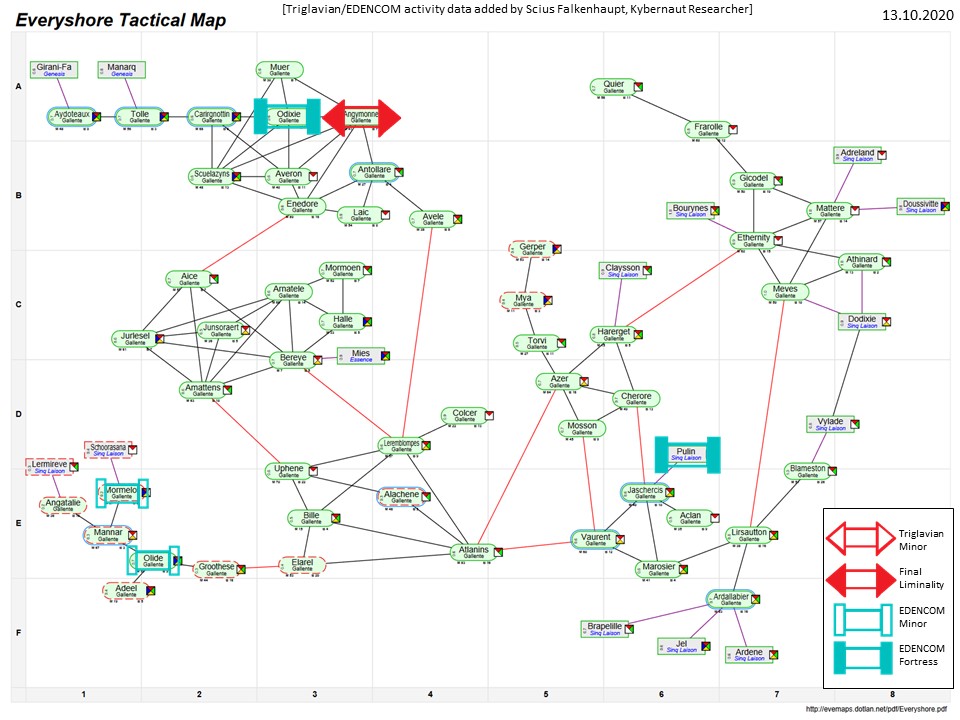 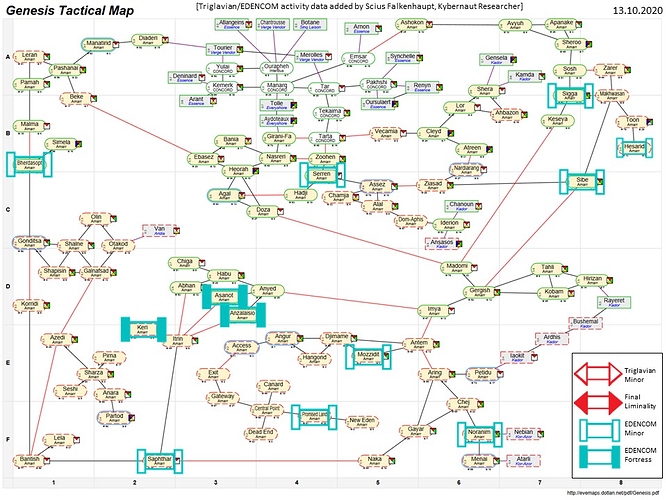 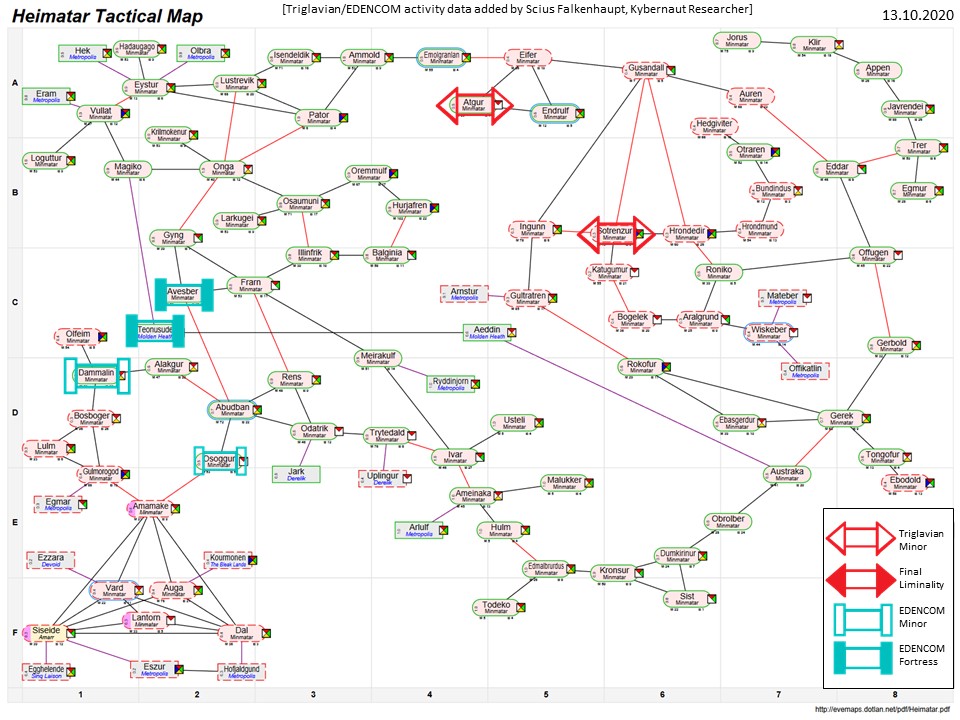 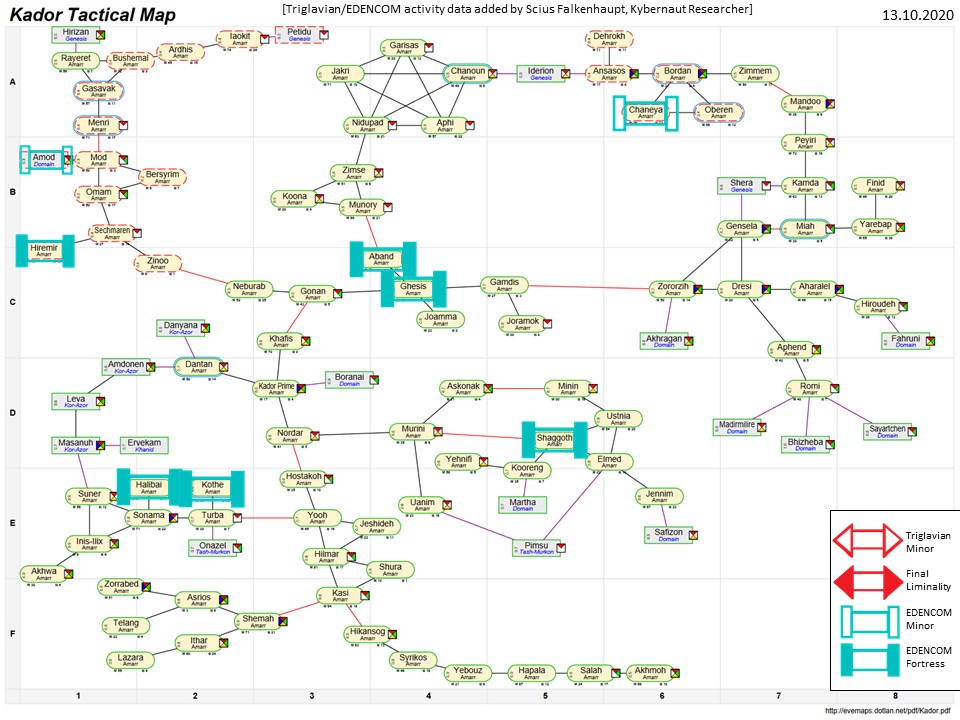 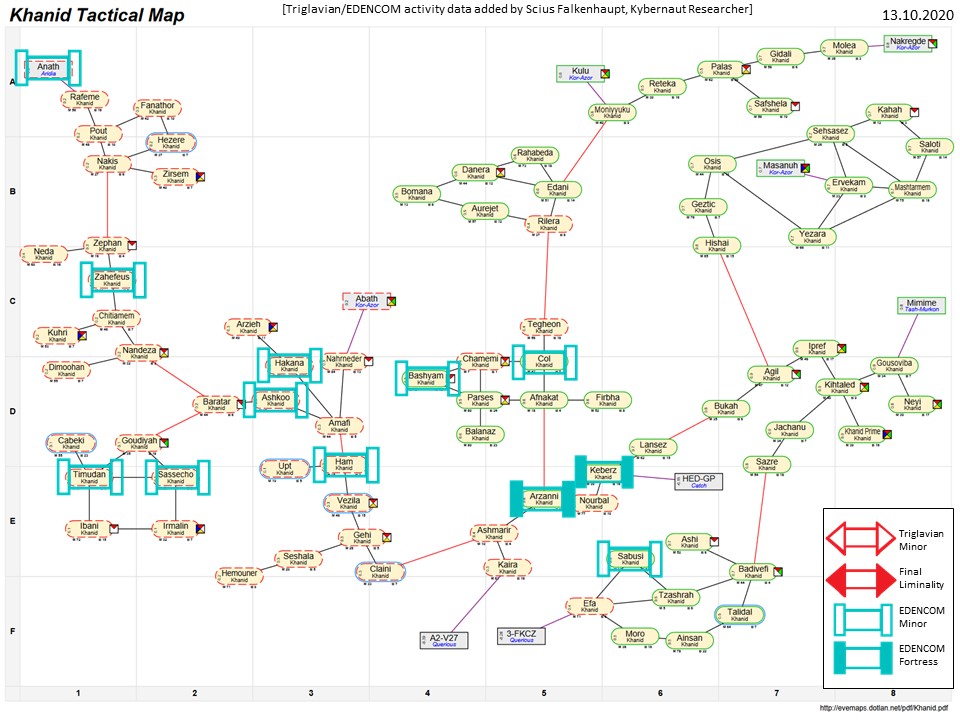 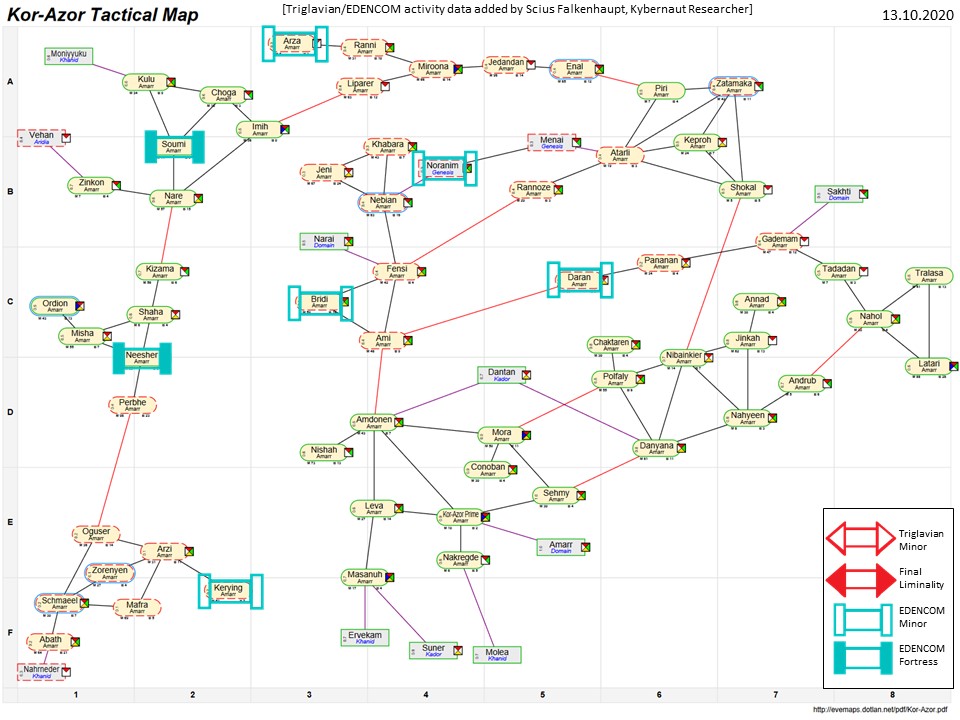 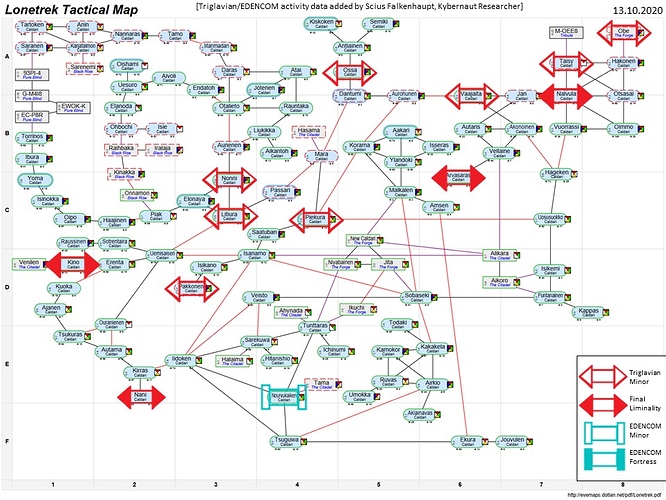 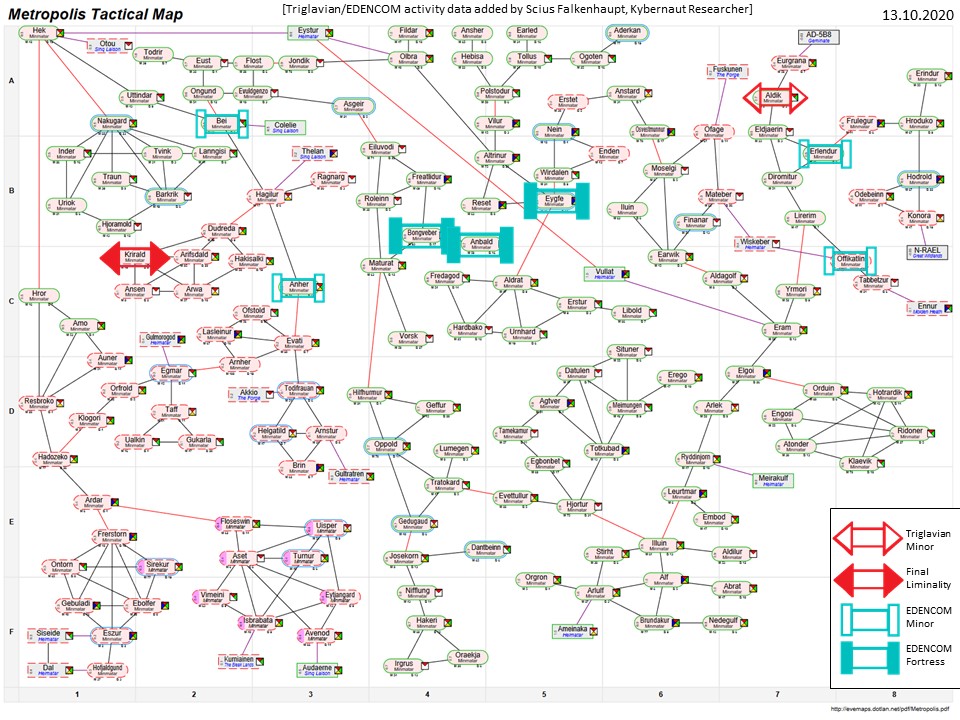 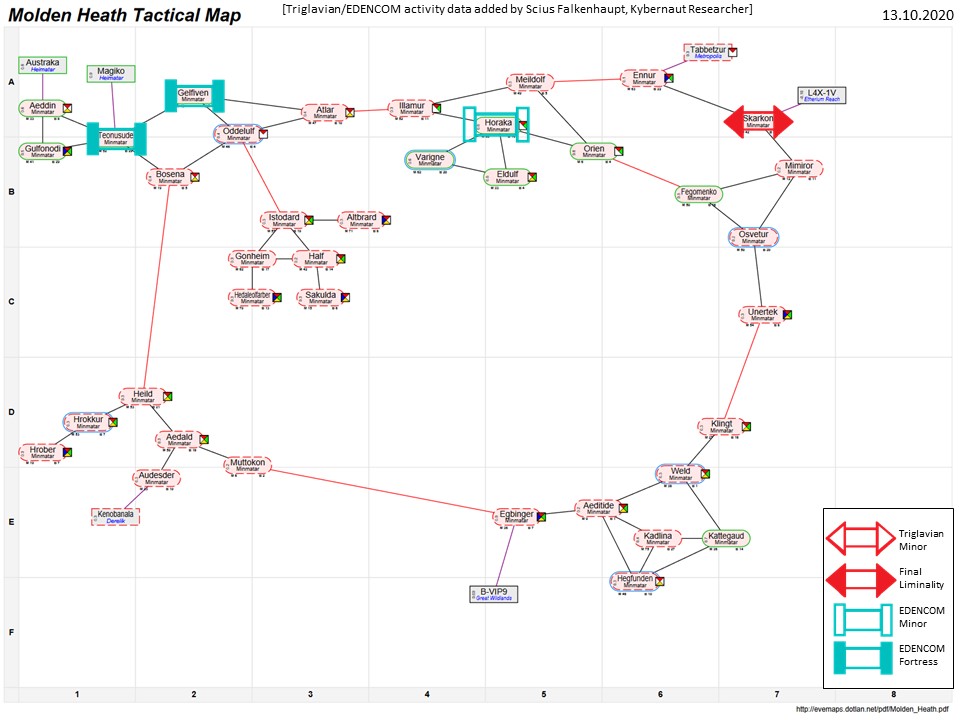 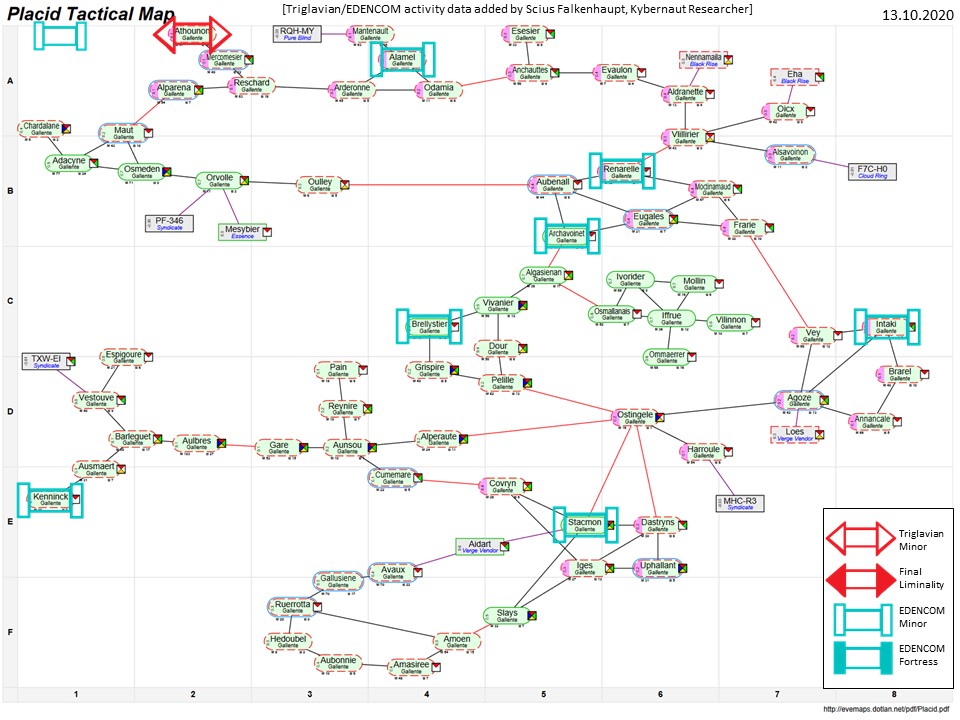 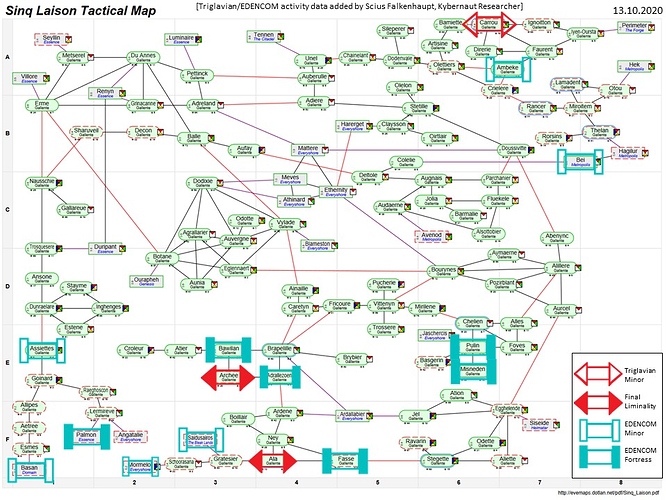 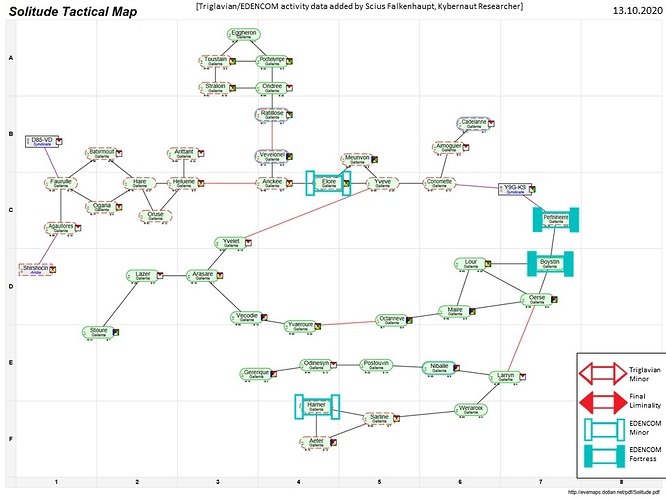 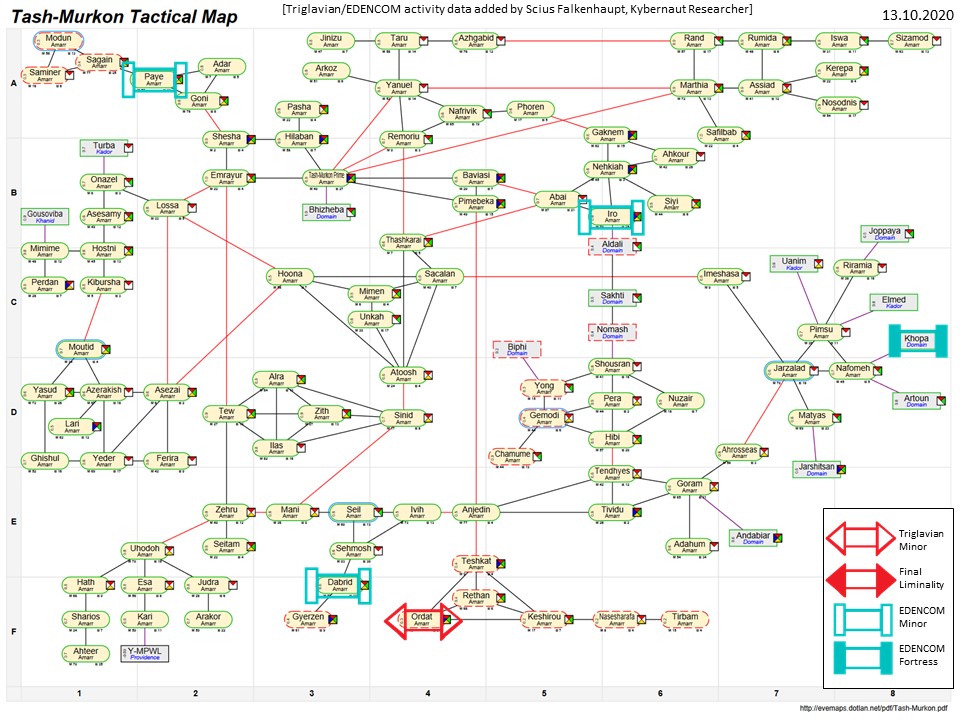 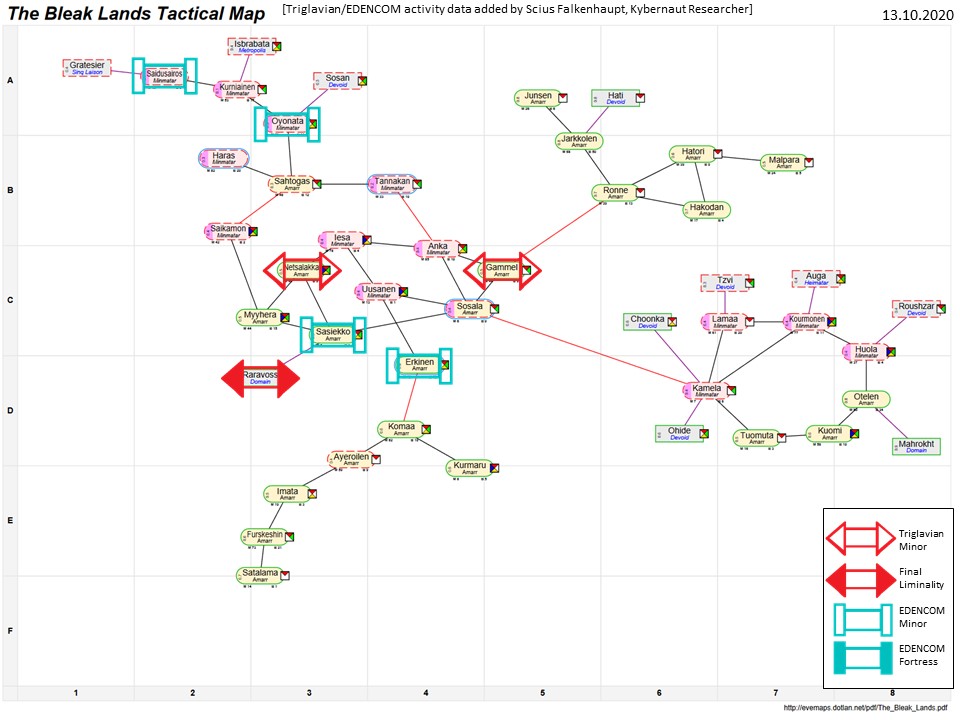 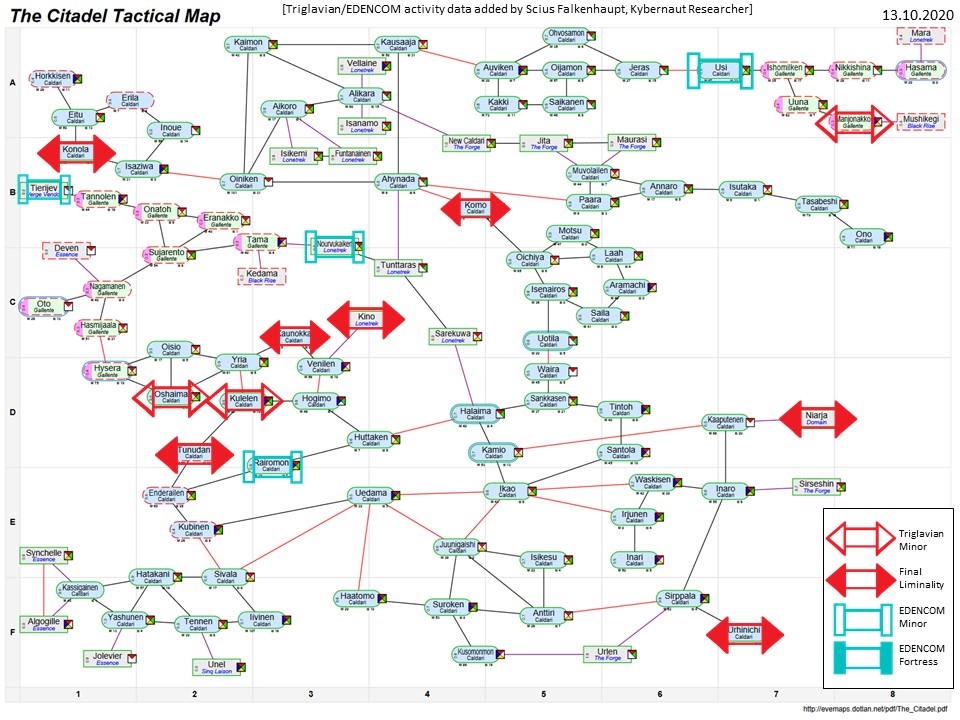 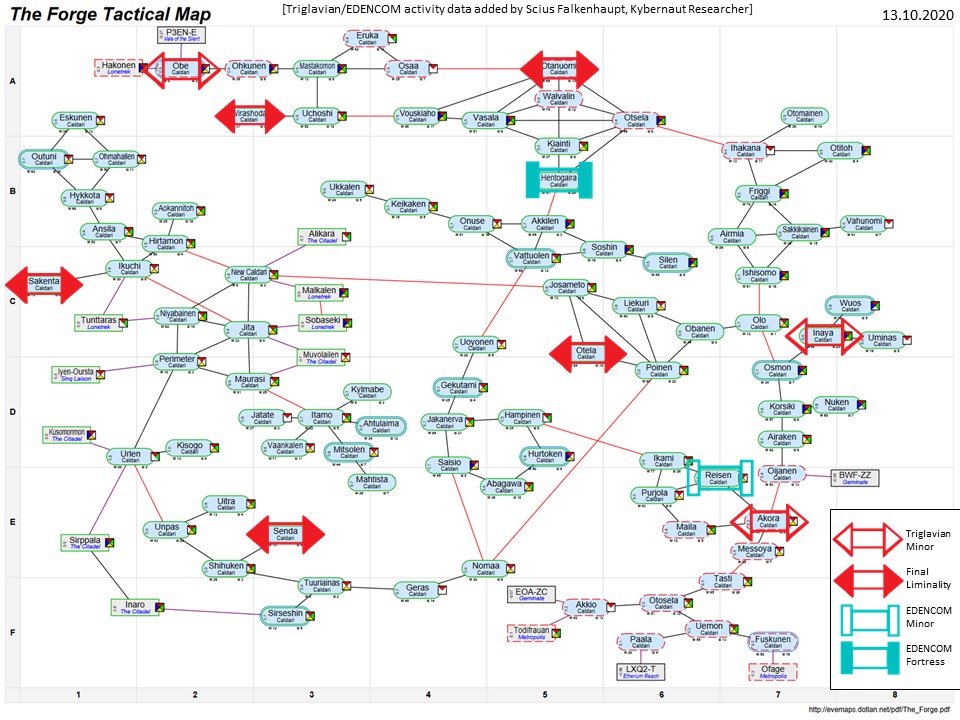 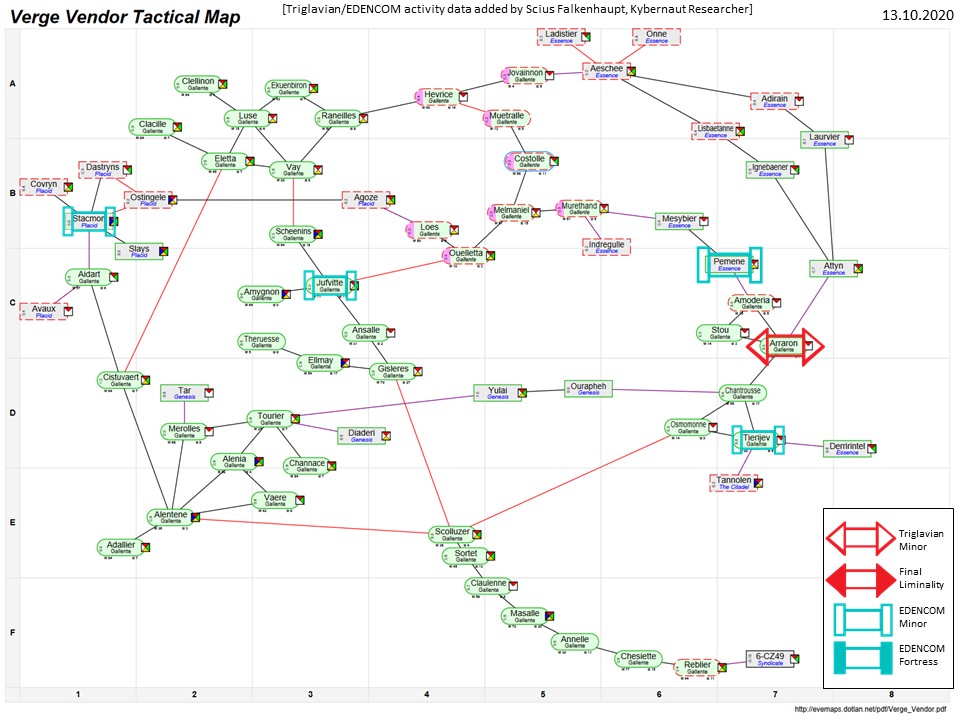 Even the Triglavians forgot that Solitude exists.

This work is very helpful for our logistics services contracts, thank you.

They’re giving it its solitude.

It would appear that the Collective intends to disrupt trade and travel with many of their choices of system. Is the Collective aware of the crossroads nature of the applicable systems?

I am happy my work is helping with the udnerstanding of the situations and your planning.
I have updated the maps in the original post with the new outcomes for the last week. I have not yet decided to include “Massive Fortifications” as I am not sure if those will be a new permanent outcome state and how many there will be.

It would appear that the Collective intends to disrupt trade and travel with many of their choices of system. Is the Collective aware of the crossroads nature of the applicable systems?

While I do think that the Collective has some understanding of our logistics and routes, from the data I have available, I do not think they specifically target major traffic systems. If this is rooted in their will, I am doubtful. My theory is more that the Triglavians face some unknown constraint in their deployment techniques or strategies that doesn’t allow them to target just the systems that they want.

If they had that ability, I would assume they would focus more on favorable stars that seem to be important to their interest and less on those that they are aware won’t escalate into liminality.

I have updated the maps to the state of affairs earlier today. I think it added like 50% additional systems since the last update. I apologize for the irregular schedule.

whistles look at The Citadel, Lonetrek and The Forge, the Caldari State is going to be annexed by the Triglavian Collective at this rate.

These maps are incredibly useful, thank you for making them.

As it now seems very likely that Triglavians have moved onto a different phase of operations and no more systems will be invaded (and as such, no more outcoma-states will be observed), I have provided a final update to the maps and added it into the main post.

I consider this project completed as of this update.