Apologies for my language, but I find it utterly moronic idea that a server flooded with bots + RMT and which is just a giant carebear farm should have any effect on TQ…

This whole thing kills the “one server” identity that Eve has, and is honestly just a terrible idea.

Is that the reason you posted this thread? Dont you know that the idea of one server is dead for many years? Dead since China got their own server. China had their own server with their own corporations and space holdings, their own state of economy, prices and everything players created. And the state of content released differed from Tranquility, was lagging most of the time behind tranquility.

It was always different, but players confined to their own worlds didnt had a chance to check how much really…

Another five star systems have gone massive fortifications, all have been confirmed to be fortresses on the Chinese server. 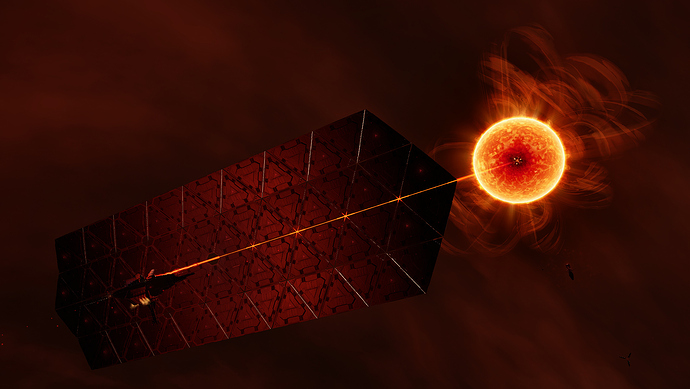 It always has been…

When I saw that Yeeramoun was a fortified system, I went to check the adjacent systems to see if there was a Massive Edencom Fortification. I found that Anila was in M.E.F. I took my mining fleet out, and by the time I got there, I was tired, so logged off. I got on the next day so I could mine, and Anila was no longer a M.E.F. it was just a normal fortification and non of the special sites that have popped up were present anymore. Not sure the relevance or how that happened, but most of the other systems that have gone to M.E.F. have stayed.

No one really knows the intricacies of all of this, because CCP for whatever reason seem to be tight-lipped on a lot of this stuff. I believe that the massive fortifications eventually get turned in to normal fortresses at some point though.

CCP for whatever reason seem to be tight-lipped on a lot of this stuff.

Oh yes… I remember once I filed a support ticket (for something unrelated) inquiring about game mechanics, and they responded with something along the lines of “this information was intentionally not released to players for them to discover the workings on their own”

I’m sure that “they just are” when it comes to an explanation of why massive EDENCOM fortresses are made sounds a lot better than “Serenity ran this invasion and you have no chance to impact the fate of this system, now go fight for these other systems so you can do the same to Serenity”

Btw, CCP Coyote confirmed that after chapter 3 Serenity and TQ must be in sync in regards of the landscape changes planned as they share the same database.

For this they created two none overlapping buckets of potential systems players can fight over. Niarja was deliberately put into the TQ bucket.

Niarja was deliberately put into the TQ bucket.

Well that’s very interesting. I had thought that it might have been combined actions on both Tranquility and Serenity that affected outcomes.

I wonder if that means we’ll get that “prison” system for someone doing something illegal. on TQ?