… shiiiiit, just sayin’, if Chribba ever reveals himself as the Dark Lord of New Eden, I’m probably in. Can’t really go wrong at this point.

He’d carve the greatest empire the cluster has ever seen, with fanatic followers coming out of the woodwork everywhere. It’d be like the Matari revolt, repeated in every corp and alliance across known space.

Have you people any idea how hard it is to concentrate on keeping an eye on local while parked between the towers of a friendly Astrahus when four 100-metre tall holograms of Elsebeth Rhiannon are staring at you disapprovingly? 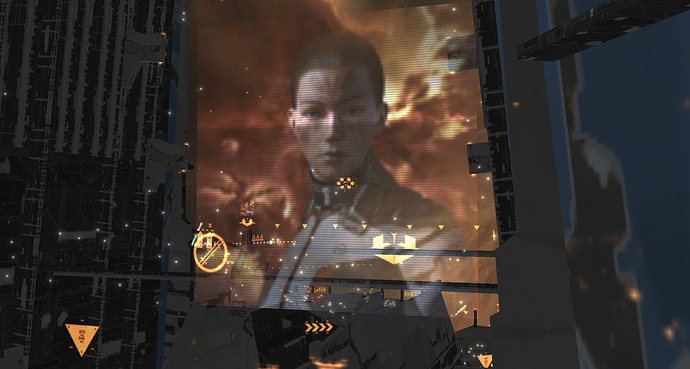 Well someone’s gotta keep an eye on you people.

Operational: Legion of the Damned Barracks

If it gets rid of Nauplius do we care ?

Not actually responding to any of his ‘pay attention to meeeeeeeee’ mustache-twirling on the IGS would go a long way toward that, which is what people were doing with this one, at first.

That thread went almost two solid days without a response. Wish it had been permanent.

For all the taxes we pay one would expect that the Communications Relay Committee could make sure that a burst transmission from a Capsuleer in the middle of a transneural burn would not be broadcast across the fluid router network allowing for the public display of the final, confused neuron firings in an already half dead brain.

I am reminded daily that the more politically hawkish one becomes, the more one reads like a particularly petulant and entitled toddler bemoaning they are not permitted to play with their shiny toys.

Reading the IGS, it appears to be a fact that crosses cultural boundaries.

Care to explain what does this refer to this time?

EDIT: if it is a response to me in the Angel thread, that’s not the point of my post at all. I feel quite allowed to “play with my shiny toys” in Thebeka and having a couple of more shiny toys I did not order is not a problem for that, it’s a bonus. I do not have a problem with shooting Angels, trust me. Having a reason to is just fine.

I was simply pointing out that the blanket dec indeed seems very blanket-y considering the events so far, and was wondering why this. The only explanation I can think of is PR for an aspiring outfit, which fits the rate Daeuuas has been hiring lately.

(Not that, again, that is a bad strategy for a pirate corporation with many recent good hires and needing to build a name. But obviously there might be something I’m missing. So curious.)

While I will admit I do not know you well, you have given me the impression that you are principled woman, intelligent enough to know when, and when not to restrain the use of violence.

As such, I cannot imagine my words directed towards you as any sort of censure for I can do naught but hold you in respect and esteem, with the kindest approbations.

I believe I have provided clarification that my statement was not directed towards you.

While it appears you may have invited me to provide corollary to your commentary regarding the shooting of Angels in Thebeka, I am afraid I must decline, for I cannot comment on either organizations or events for which I have no involvement.

I believe I have provided clarification that my statement was not directed towards you.

Consider it a non-sequitur born of personal disillusionment.

I don’t recognize your definitions for principled action as authoritative.

Nor any other you find inconvenient.

To quote someone you might agree with more often,

You have no idea.

Except I do. I’ve pretty clearly laid out exactly the basis for that statement in the discussion on trustworthiness, and all you did was evade and try to change tracks.

You do what you want, and you accept no limitations on yourself other than the ones you choose to honor…

… which means none, because you can change that decision at any time. And there’s no evidence that you won’t, because the only limitations you accept are your own.

You’re not actually very well placed to know what I will and won’t do, though. Also I see you’re still using a weird mechanical standard for how to determine trustworthiness.

Let it go, Arrendis. It wasn’t interesting before, either.

Why should I care if you find it interesting? Isn’t that kind of direction ‘imperialist’, attempting to dictate what I do and why?

As for what I know… I’ve based my conclusions entirely on your own statements, as we established in the prior discussion. At no point were those statements even ambiguous enough for you to claim I’d ‘twisted’ them, as is undeniably popular among people who don’t like being reminded of their own self-indictment.

So either my conclusions are based on your truth… or your lies.

But it’s nice to see you continue the pattern of evasion that just reinforces those conclusions.