Video Essay: What Eve Online Taught Me About Capitalism and Myself 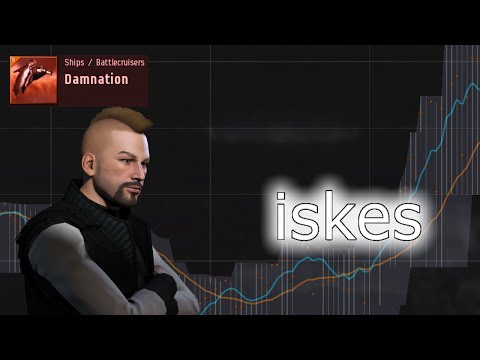 So, this is something of an autobiographical video at heart. I started playing Eve as a teenager way back in 2004 (hence the terrible character name) . The video discusses some of the early economic history of EVE - particularly the history of the early T2 BPO oligopolies. It also discusses a lot of the nuances of market interactions.

Beyond the game itself it also discusses Eve’s forums and their role in influencing the game’s development, and how I posted incessantly back in the day to defend my economic self interest. Anyway, I doubt many are even still around from those days, but I hope it provides an entertaining portal to the Eve Online of nearly two decades prior.

Interesting perspective. Similarly I’m a leftie and also at times an Eve manufacturer & trader among other things.

Early on in my Eve journey I realised Eve is a mirror not of what we are but of what we are capable of. However just because the image is in front of us doesn’t mean we should accept it IRL.

It’s not hard to misuse the term when trying to associate with others, who, try to justify to marginalize those who actually brought good and benefit to this system to begin with.

It’s even more obvious when they inform a judge that they want to forfeit those rights to be of benefit to them, even though they are liable for trying to justify to cause the damage to society , arguably capitalist, or other, if due to military, to begin with.

It’s more cost effective and profitable for me to invest in research with other systems due to their intentions to discredit me of bringing benefit to their society, whether for acts of war, or, not realizing their are attacking their own army, and, how they do so, because someone politicians pays them for it, and they don’t explain them the problem, since it’s a global authority instead, which, are not only limited to this form of type of system.

I only bought certain types of capital ship, and, when I got the first and only Rorqual, while I was going to get the 2nd one, they changed the whole system around it , which was like that from over 13 years before, instead of the benefit intended, so, diversion , yes.

“he acquired a considerable fortune and was noted for his philanthropy”

a philanthropic institution; a charity.

is often derived from those given too much, who had no means to find out before, so that, their charity actually does solve part of the problem of inequity done.
If everyone has enough of everything, charity is not required, since, there is no need for it, since, no one has too much of anything.

Additionally, charity, is not to hide facts leading to inequality or other facts, which actually works against the benefit of that charity, to cause it to have to be repeated, while then being misleadingly misrepresented as something positive from the one doing it.

That is what would happen if someone was to misrepresent what charity is, what it’s for, and similarly, coin other terms, and change language, and restrict communication to solve problem and find evidence.