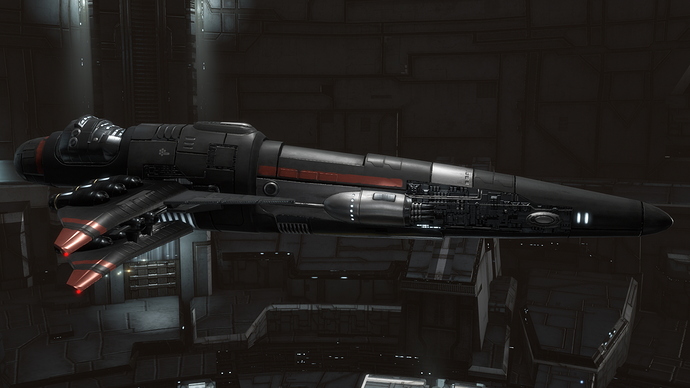 As part of this year’s GM Week we’re looking for help from the EVE Online community to make one of the most important decisions we face when moving to our new headquarters in December – what to name our meeting rooms in the new building.

Right now, our meeting rooms are named after expansions in our current building and have been since we moved in more than a decade ago.

When we move to the new place, we’d like to change things up a little, so we’re calling on our players to help us choose how we should decide on names.

We’ll have a lot of space in our new building and there’ll be approximately 25-30 rooms that will be bookable for various purposes. These are the ones that we’re looking to have you guys name.

You can read more about all this in the full dev blog here.

First, we’ll decide on a category of names with a simple four-way vote. The options are:

We’ll kick off the voting as of today, and we’ll leave the poll open for seven days. After this, we’ll go into more detail and decide on specific names with the help of the community.

Please bear in mind that if we choose to go with Region, Constellation or Solar System names, we’ll only be using “named” locations in EVE.

In the first round of voting, let us know which option you’ve voted for, and why you’ve chosen that option. Maybe even what name you’ll suggest if your choice wins.

If some cool stories about why people have chosen to vote a certain way come to light, then maybe there’ll be a few PLEX or a SKIN or two up for grabs as random prizes.

We’re interested to hear stories about your history with certain systems, regions or ship classes. Maybe an anecdote about a big ass fight you were involved in, or a ship class that’s close to your heart after a long history of flying it.

We’re looking forward to hearing stories from you guys and finding out how they’ll influence which way you’ll vote.

Also, to the CCPers who’re reading this, you get to vote too of course – you’ll be using the rooms after all, so share your stories as well!

Hit the poll below if you’d like to vote, and let us know in a reply why you’ve chosen to vote the way you did!

Only because I’m still a rogue drone fan.

All of the meeting rooms should be numbered, apart from one:

anyone wants to sit in a Room called Avatar or Erebus

Hit the poll below if you’d like to vote, and let us know in a reply why you’ve chosen to vote the way you did!

Will you be giving out free invulnerable polaris frigates to the winners of the name choosing contest?

Will you be giving out free invulnerable polaris frigates to the winners of the name choosing contest?

haha, not a chance.

The birth place of the Seyllin Incident as well as some other things.

I’d say Solar System names – you’re naming rooms, after all, and what could be more thematic to tell someone that you’ll have the big meeting in Jita? Or to have meetings in places important lore events or major battles took place in? “Well, the meeting got a bit heated, but it was in Thebeka, so what do you expect?”

Solar systems are where the most iconic moments of Eve happen, from the battle of B-R5RB to the market in Jita, and have the benefit of being location names, which feels better for naming rooms.

Thunderdome (little outside the parameters but not much)

If its a small conference room: Kick out station

If its a large room: Tranquility

If its a room that going to get alot out outsiders and has windows: Clear Skies

I know it´s not in the pool, but it´s eve related and i think it has a nice Flair. Name some of the Rooms after Permaband Songs like : Come fly with us, warp to the Dancefloor, Wrecking Maschine, Keep clickin, killing is just a means

I chose the “Ship Class Name” option for a few reasons, but the main one is the fact that I want a meeting room called Deimos as it’s my favorite ship in the world ever.

I like the idea of a meeting room somewhere in the building that’s completely made of glass walls too, which is basically how I fit a Deimos - glass cannon.

Deimos as it’s my favorite ship in the world ever.

i voted this way because there were no options for better ideas like:

Just so we can be sure to have a meeting room called Falcon. Right?

Well, I will go with solar system names. As already mentioned, but meetings in Amamake, Yulai or Poitot have a very nice touch.