What do new players need in a corp?

Turning “New Citizens Q&A” a bit on its head here… I am a veteran player, relatively recently returned from a hiatus, and am looking to reboot/restart my old corporation as a PvP-centric faction warfare newbie-friendly corp. I am well aware of the mechanics of doing that, and have all the logistical resources available, but I’m not sure what new players actually need.

So, since I’m an out-of-touch crusty bittervet, and this place is frequented by both new players and those who are familiar with new players’ needs, what should I make sure to account for – given the objective of growing a faction warfare PvP community?

I can only speak for myself, but what I’ve been trying to find (in order of importance):

All you need is love.

That’s all I ask! Thanks for the input.

All you need is love.

A good overview.
Basics of fw: complex, sentry gun, citadel, and system vulnerability mechanics.
An objective, short term and long term for corp, and for individuals.
Consistent presence, even if in a certain time zone.
Not losing ships for dumb reasons. Learning from mistakes. Not minding how often you have to repeat yourself.

Good diplomacy with the other fw sister corps.

Not losing ships for dumb reasons.

What! That’s the entire point though! That’s how you learn.

Joking aside, thanks for the input!

I should of put a semi colon after that sentence.

it’s really tripping over the same foot that makes it awful instead of funny. Good luck and fly well.

For fleets and events some prefit ships are great, but can also be nice to have some stacks of meta mods around to play around with other fits that the new players might want to create. And I think having some courier contract options helps here too.

Might want to have a dscan competition, have everyone hold on a gate, you jump into system and go hide at a celestial, then have everyone jump in and try to find you. last one there gets blown up, and keep going till only one person is left.

Or jettison a few ships in your system to give some incentive to learn how to combat probe, and of course someone else might find it first.

one of the best things I ever did as a new player was to have a bunch of 1v1s with other corp mates. Having the structured 1v1 gave a great chance to practice things, and then on top of that you could talk with the other person and figure out what happened in the fight. That said I have no idea how that interacts with FW standings.

New players need only one ship…

Lets all be friends, and occasional enemies by shooting each other.

Also, the best gift to give a new player is the gift of death and fire.

Through death, they learn that EVE is hard.

Through fire, they are reborn into better players. 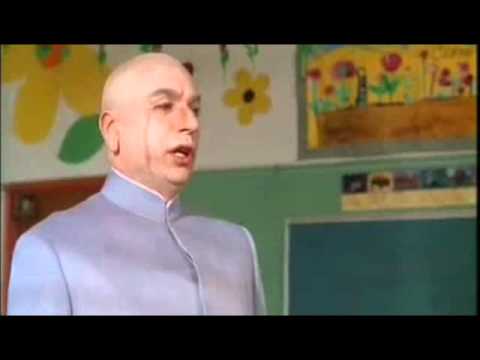 A blog about EVE Online, the best online game of internet spaceships ever created by man, and one mans journey through it.

That said I have no idea how that interacts with FW standings.

The new duel timers getting auto renewed helps avoid any of that. Having corp friendly fire on is a must. Some great moments came out of that. Also helps newbros, as they often shoot corpies on accident all the time.

When I first started, I found it helpful when my first corp had ship replacement for the wardecs, training material we had to read on and then activities, classes, or lectures, we all sat thru and did with the CEO. He literally taught us how to tackle, scout, scan, on and on… I thought this was a good environment and I indulged. Keeping ship classes low, inexpensive, and easy to replace, yet effective against the targets we would engage.

Another thing I thought was helpful was delegation of some roles. Nothing major, simple stuff, small things that allowed members to feel like they contribute directly and are responsible for the corps dealings… Though Im aware this requires some level of babysitting, eventually those that struggled moved on to other things they were good at, while leaving those more responsible, to do pos fueling, etc… Being flexible is important, as long as you get that, each member should see the CEO or Director as their mentor, and will follow them to the end.

hope to help you a bit
fly safe

I prefer to play solo, so a corp that sees me as a player that is “doing it wrong” is a corp I want to avoid joining in the first place.

You can leave any corp with two clicks, so why not just trying?

one of the best things I ever did as a new player was to have a bunch of 1v1s with other corp mates. Having the structured 1v1 gave a great chance to practice things, and then on top of that you could talk with the other person and figure out what happened in the fight.

This is excellent advice.

I prefer to play solo, so a corp that sees me as a player that is “doing it wrong” is a corp I want to avoid joining in the first place.

Do you do wardecs? Unless you are an active wardeccer I can see no reason to even be in a corp at all, if you prefer to play solo. You open yourself up to the potential for aggression (wardecs) while reaping no benefit that couldn’t be achieved by just sharing a chat channel with your friends.

You can leave any corp with two clicks, so why not just trying?

Newbros are precious about their employment history

Not a new player, but I’ll chime in.

Where do new corps get the ISK to pay for these goodies? Isn’t it from taxing their miners and ratters? I suppose the bigger alliances get rental money. Anything else?

I’m a new player and I’ve no clue what I need in a corp, looks like we are wearing matching shoes, my friend.