(2) The WWII Gunner Who Actually Threw His Radio at a Japanese Plane - YouTube
How hard do you play eve?

If I know I’m going down. I want to be able to throw pieces of my ship at my attacker in the hope I can damage them!

I said that many times, but I say it again. The only two things that will surely give us a lot of players would be:

There is hardly anything else that would certainly achieve this.

I would certainly like to have up to 7.5M or even 10M SP available to alphas for training, but both of these would, I think, severely cut into CCP’s revenue, making it harder for them to develop amazing content for us. New players would be compelled to stay on alpha longer, and they would then pay less for Omega. If this change is not made, I think enough people will pay regardless that it will far improve their income.

Replace all management at CCP

I got that idea too, not sure this gonna hurt their business.

There’s still no real reason to do faction warfare rather than just go be a number in null. In truth there’s no reason to ever be in low sec…

Pvp has had virtually no significant changes since a rebalancing 10 years or so ago.

What changes do you suggest? And you are wrong, they nerfed all resistances and buffed turrets, huge pvp change, not 2-3 years ago.

I believe fight or flight patch. People decided to flight.

Introduce even more afk type gameplay like more focus on Planet material extraction that could then be used on moons to automatic extract processed materials from moons.

Yeah that should do it.

There’s still no real reason to do faction warfare rather than just go be a number in null. In truth there’s no reason to ever be in low sec…

It is people with that mindset who feed my solo ratio.

To say the reason why I am not rushing into Faction Warfare is it needs to be forced onto a capsuleer to actually make it required. As right now there is a long process to mine and build.

Who makes these? We do?

What FW needs is a payment system that can be easily used to buy fitted ships from the faction we signed up for to fight.

What we need is to pull away from the isk treadmill and into the faction LP.

How? Allow us to convert isk to LP and place items on the LP store that are easy for a Capsuleer to get into FW without needing to buy from the market. This way the supply is filled via plex converted to isk and then isk convered to LP.

We can then all enjoy FW, so until then FW is only a side event type of game play.

FW Is not designed to be self-sufficient. It is designed to be a way that people can profit while PVPing and having a blast. It is also designed to be the best access to navy faction ships, giving an incentive to farm and giving more targets to the PVPers. The interaction of FW players to the wider market is purposeful because it forces people to more carefully evaluate their logistics choices and makes FW more of an ISK sink. The nice thing about adding new PVE locations that aren’t ratting is that they are all isk sinks, which lowers inflation. When ISK is worth more due to this lessening inflation, the ratting will become more valuable. It’s a nice balancing force. Besides, they just recently inroduced a FW revamp. Let’s give it some time to work its own kinks out.

The part about converting isk to LP, What did you think of that?

Open jove space like an apocrypha expansion, add in new ships, new tech, fill with drifters, sansha, and trig’s fighting each other. Make roaming wormholes or some other way to get in there that isn’t just filaments. New materials to harvest in maybe a new way.

Apocrypha was awesome and we can do an expansion like it again would probably draw old players back too. Ccp could do a mass email to old accounts when it’s released.

Oh and lower the subscription cost when they do it lol.

Oh and lower the subscription cost when they do it lol.

This is not going to happen, and it is actually the right decision.

Decreasing the price means the perception about the product dropped, you doing more work and charging less, it’s depreciation.

CCP can only go up now, if people feel the price is not right they leave.

I also disagree with the “new content needed”, I believe mechanics need improvement and refinement. Then people will return and new content will be needed AND funded.

The part about converting isk to LP, What did you think of that?

In my admittedly uninformed opinion, allowing FW members to directly convert ISK to LP, even at a pretty poor margin, would be a huge detriment to the game. In order to get LP you actually have to go out into lowsec. Nullblocs have to actually engage in this content in order to get their faction hulls, and removing that would make the warzone a much more desolate place.

Less is more! It might not be seen straight away but it is there & even wthout that heavy destraction upvoting to support alternative motives.

The old mould needs to be broken 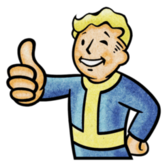 War Is Peace,!
Freedom Is Slavery!
Ignorance Is Strength!

Proclaim goonswarm the winners of season 1 and reset the entire server deleting all assets and players to zero. Then start season 2 (20 more years but everyone starts from scratch). We would have 100k players in a matter of months. Goonies can get like a special badge or something on their new toons.

I like this idea, it’s impossible, it’s impractical, BUT it touches our imaginary about how it could’ve been if they reset the server.

Maybe I drank too much, but I gonna write a little, you don’t have to read, actually, I recommend you don’t.

First, these people actually paid a lot of money for what they have, erasing their ■■■■ is not a good option, expect a lot of lawsuits.

Second, altho I’m not involved in GWF, I had some experience in PH, hell, sometimes I just want to get back, sometime I just want to find Rockmuncher666 and punch him in the face. Declaring GSF the winners may put some people aside any good idea, politics are practiced with tactile (omg I never used that word before, +1 to me), it must be good for all parties involved or at least look good.

Third, acting like we know what CCP wants is a big mistake. Maybe CCP does not want 100k players, most of them may be alphas that don’t spend a penny in the game, maybe CCP prefers a slow and steady whale hunt.

Fourth, EVE online is the only of its type, this is granted, if anything else was close people would migrated a long time ago. The people we lost either died or just had enough. Some people tried, but we MUST accept EVE is not for everybody, freedom has a cost, and some people just prefer to be told what to do and comply.

Fifth, Starting over is a poor solution, there’s zero guarantee the same mistakes are not going to happen again, and now you lost a lot of people that do not want to start over. After acquiring your PhD would you start over? I doubt.

Stop embracing these ideas of new is gonna be better, we must start fixing ■■■■ now and compromise. If it’s bad, let’s make some good, talk to your CSM and complain.

Most of people complaining in EVE actually did it to themselves, they surrounded themselves into some crap gameplay, don’t dare to be zkillboard negative, don’t dare to lose ■■■■ with nonsense, and keep complaining about boredom and nothing to do. How about undocking some good stuff and pew pew a little, or form some noob fleet and do shenanigans? Crash the market somewhere for the lulz?

CCP is nobody’s therapist, if one wants to keep producing ISK to put into your rectal cavity and sit on it and start suffering from anxiety, it’s nobody’s problem.

400 posts, you all just talking garbage because you all bored. Like all useless impossible threads are around here. Somebody must say it, let it be me, I’m a nobody, I’m not afraid.

Curious as all powerful people are so afraid, they must keep their reputation … lol you turned yourselves into slaves of a ■■■■ simulator with point and click. You think you are too important, but you all just feeding the machine.

Its actually pretty simple; if you want EVE to have another Golden Age give us back the game that we had during the first Golden Age.
So; true sandbox play, reasons to undock, a not BS industry system, no diamond rats, no ‘triglavians randomly taking over systems’ solid rewards for undocking to play in missions/ratting/anoms etc, bring back various ships nerfed into obscurity (remember T3 cruisers were cool once?) and nullification. So many changes have bled the game of its joy in the last 5 years. No wonder its rarely if ever breaking 30k players. Scarcity, stupid ‘resource redistribution’ changes, random NPCs that just F players over.

But no, CCP is right, CCP knows best, the players have no idea… hence sub par player numbers and no new Golden Age.