Looking at Eve Offline for Tranquility, the game appeared to have a steady period between 2009 - 2014 where it looks to have averaged (visually) around 45,000 players.

Then it fell off a cliff around 2014. What happened to cause the drop and what was CCP’s response at the time?

I’m looking at it on a mobile so take the timeframes and numbers with a pinch of salt.

A lot of variables.

Trying to pin down any one reason is craziness.

Strange response Gix, you answered the question without answering the question. After all I didn’t ask for a single reason.

Care to elaborate on the many variables?

Then it fell off a cliff around 2014. What happened to cause the drop

Things that come to mind:
Making input broadcasting/input multiplexing a bannable breach of the EULA/ToS
Start of the changes to sovereignty mechanics (entosis was the first, iirc), controversial to this day.
Initiation of swap from POS’s to Upwell structures
The wire act called “ship and module rebalancing”, which was a focal point back then.
And a certain promise to make stealth bombers mutually decloaking each other while in a fleet cost my corp dearly in membership… Ironically, it never happened.
Perhaps there was a spill over effect too from “imperfections” with Dust514’s development, adding to the general mood, not sure.
Over-promising and hyping, not adequately delivering nor addressing expectations and requests coupled with ineffective communication from ccp.

As always, large and controversial redesigns of things already in the game tend to affect the mindset of players negatively and visibly, in contrast with adding new elements to the game which are more likely to be positive and attractive. It was a period of mostly redesigns, just like today.

what was CCP’s response at the time?

2010 held up pretty good for player activity, with the Dominion, Tyrannis, and Incursion updates which gave players a lot of new things to do and try.

2011 started to bomb, due to Incarna, Walking in Stations, Monoclegate, etc. Basically CCP failed to meet many expectations for the year, outraged players, and didn’t deliver on interesting content. It’s my opinion that 2010 was the finalization of content and plans made by the actually talented EVE decision makers/designers (who had begun to bail by 2008 and accelerated over the next 3 years). 2011 was the year in which the folks who are really out of touch with the player base (or rationality) began to show their stuff.

2012 was basically a holding pattern. The people who left in 2011 didn’t come back, and everyone else just held on waiting for something interesting. Little was achieved this year for EVE as CCP was backing off from their 2011 fiascos and struggling to figure out what the heck they were going to do with White Wolf/World of Darkness, which was beginning to fall apart. It was the forerunner of the years of “tweaking and balancing” that was to become the new normal.

2013 was actually kicked off by Retribution/Crimewatch at the end of 2012. It garnered a lot of interest, especially from the PvE crowd who thought maybe this would change the PvE landscape significantly. Odyssey expansion mid-year also added some interesting new features and people looked forward to Rubicon at year end to update “many core elements”.

Rubicon didn’t turn out quite as interesting as people hoped, and then in 2014 CCP basically stopped making and announcing actual expansions and started years of waffling and “we’re working on amazing things!” statements, tweaking and rebalancing and redoing many areas (to no actual purpose), and basically adding nothing new to the game.

CCP effectively gave up on developing EVE content as a core principle around 2011, in my opinion. Since then they finished off some things they were working on previously, came up with a few half-baked and half-implemented ideas, desperately scrambled to pull a rabbit out of the hat every now and then (Alpha states, Citadels, etc.) to keep the cash flowing… and focused most of their attention on creating failed game after failed game after failed game.

Because Hilmar wants an ego project of his very own.

As for “how did CCP respond”? Generally, by saying “Well, EVE isn’t for everyone and if you don’t like what we’re doing with it, the door’s over there.”

(Note: all taken from my possibly biased remembrances of how those years went, considering I’m mostly high-sec day-tripper into WH and low and have never done Null and not much FW either. And I really can’t be arsed to pretend ganking indy’s in high sec is “PvP” so I don’t do that either.)

People also had other choices in terms of games.

Heart of Y’Shaarj was then revived by Garrosh Hellscream, using the power of the magic pools of the Vale of Eternal Blossoms, unleashing the Sha of Pride and corrupting …wait from movie…

It’s unlikely that people who could handle an sandbox up until that point suddenly could not.

Expending resources on doomed to fail projects like Dust 514 and failing to deliver on promises certainly didn’t help matters though.

In the 2014 happened lots of thingiezzz. Why u asking?

May have been russian sub increase. Walking in stations. SOV mechanics. Orca/Capitols nerf. Or introducing plex instead of game time.

For our corp, it was the wd changes.

Evaporation is the only word I can call it. 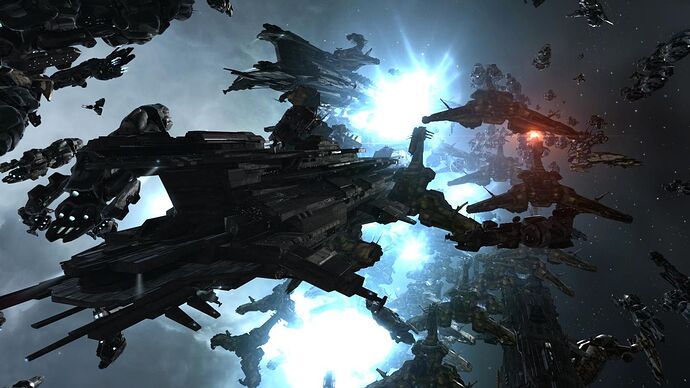 90% was down to ganking. A relatively small bunch of very loud people joined in the run up to and during 2012 and they decided ganking was the core of EVE. The playerbase disagreed and EVE began haemorrhaging players shortly thereafter, both in players leaving and in a reduction in players trying the game (as noone wants to play a game just to be griefed). 2014 was where the number of players leaving outpaced the number of players joining and it’s only got worse since.

Agreed! Sandbox games really seem to be a lot to most people. They just have a hard time committing to it. Competition from other games and subscription services should be a noteworthy thing to mention.

I really don’t understand your motivation.

Oh! and don’t even try. It’s a mistake that cannot be undone. To me, it’s the mother of all things wrong afterwards.

You got a long way to go