What happened to prices?!

Just came back to eve, played it a very unhealthy amount over 10 years ago.

What the heck is up with ship prices!!! It used to bother me fighting in the big northern wars and losing a battleship (many many of them) at $120m isk for a Megathron or Apoc, now they are double that… good lord. Not to mention my beloved t2 battle cruisers are like 600 plus mill as opposed to 200ish.

Well, I don’t know what things were like when you played, but I do know that there has been a fair amount of income creep over the years. So, there is the possibility that your frame of reference is off. Of course, this is not to say that I think prices are where they should be. IMHO, prices for a lot of stuff is too high, but the era of resource scarcity is coming to end this year. So, I’m hoping that will cause prices to reach more reasonable levels.

Anyway, you might want to do a little research to see what career opportunities are available (we have some new ones), what their current isk efficiencies are, and what are currently considered optimal fits and strats.

And I suppose that I should mention that there are a few things that tend to give returning players a nasty surprise.

Thx, not sure what has changed isk earning wise since my glory days lol. Back then it was L4s and null sec ratting to fund the pvp desires.

I’ve had abyssal things can bring in good money though. Feel like a complete and utter noob right now even though I’ve got 3 toons with 90m plus sp lol.

Goes afk for a decade.

Thanks for the laugh. ^^

I’ve read the recent war depleted years worth of supplies that had been stored for just such an occasion.

Now that the war is over (for the moment) those supplies need to be stocked.

Thx, not sure what has changed isk earning wise since my glory days lol. Back then it was L4s and null sec ratting to fund the pvp desires.

There is more options but those you mentioned are still viable.

Theyre back to where they were 10 years ago? Where they belonged.

Things started to change around 5 years ago.
CCP introduced one of the dumbest update ever, which is coming with excavator drones and Panic module.
Excavator drones are exclusive mining drones for rorqual, which perform extraordinal mining potentials. Panic modules are to make rorqual invincible for 5 minutest while they are locking ores up.

These combinations brought an era of rorqual mining into nullsec. You could easily make over 100m ISK/h with rorquals and ore prices dropped incredibly.
IIRC, Tech1 battlecruisers were around 25M ISK and Tech 1 Battleships are less than 110M ISK, in 2017 ～ early 2019.
Either the bot swarms dominated the EVE due to the death of Serenity ( Chinese Server ).
PLEX prices, in contrast, inflated rapidly, as to be over 2B ISK.

They did following instead of deleting excavator drones

Most ships and modules prices consequently inflated pretty much.
Morphite price history would tell you what is going on in this game effectively.

Sell Min: 89,210.00 ISK | Buy Max: 93,540.00 ISK | Morphite is a highly unorthodox mineral that can only be found in the hard-to-get Mercoxit ore. It is hard to use Morphite as a basic building material, but when it is joined with existing...

And recently ( 4 or 5 months ago since now ) CCP introduced the worst update ever. 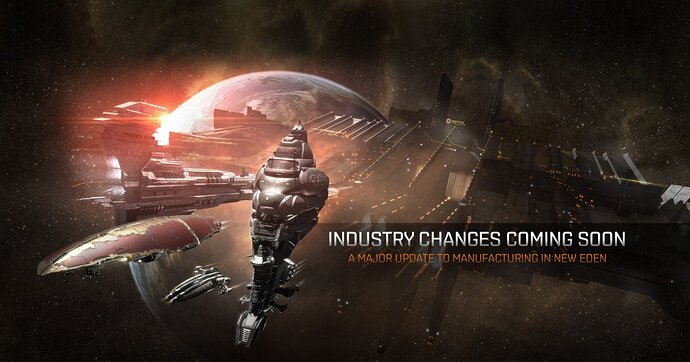 A significant update to industry, focusing mainly on Tech I ship manufacturing, will go live in the middle of April in a series of two updates. Material requirements for all Tech I ship blueprints will be updated, and new manufacturing tiers are...

Capital construction cost have drastically increased as dread now cost 10B in ME10. Battleships and any faction ships cost as well increased pretty much.

Literally it’s now impossible to build caps and none build them.
Therefore the mineral demands declining, mineral prices getting down again.

CCP announced that mineral contents increase again on the end of this year.
But don’t worry. Your battleships prices won’t drop much even after that since caps and battleships now don’t use much minerals. Mineral supplies doesn’t affect their price much anymore.

Eventually, highsec miners would gain pain again due to the mineral price drops. And nullbears would continue to throw their caps into money game.

Ten years ago a battleship was ~50-80 mil depending on the tier…yes tier.

So OP isn’t even correct on that.

They fixed the economy.

Speaking of which I remember after nuPLEX was introduced but people returning didn’t do their reading bought 1x nuPLEX for half the price of a monthly sub and being happy until they discovered what was just happening at which point they started complaining in Jita local.

Ten years ago you couldn’t make 1b/hr in HiSec.