What have you done on the "Bloody Hands pattern" skins?!?! :(

In the latest patch you have modified the Bloody Hands patern skins. I don’t get it, especially for the Vargur/Tempest, the orginal version were much better (and I bought those version, not the crappy one you have made them into). On the Vargur/Tempest, It was placed horizontaly and fit better the ship structure, also it was leaving a bloody trail , which was quite nice, like if it was made by some primitive or maniac :). Now, it just a patch on the hull and doesnt carry any feelings and ideas. Also, the Bloody hands pattern have been reduced on the Nig and Typhoon like haule, while it’s the main symbole of the skin line.

Since I purchased those skin and now they have been changed quite a lot. I wanted to underline my disatisfaction with the changes on this skin line. Sometimes, the better is the enemy of the best.

(Adjusted the blood pattern used on the ‘Bloody Hands’ skin for the Tempest hull.) [Not just on the Tempest…]

Some of the look better, and overall more crisp. I remember the Hel skin which looked really mushy and low quality. That skin is better now.

The Scimitar on the other hand … 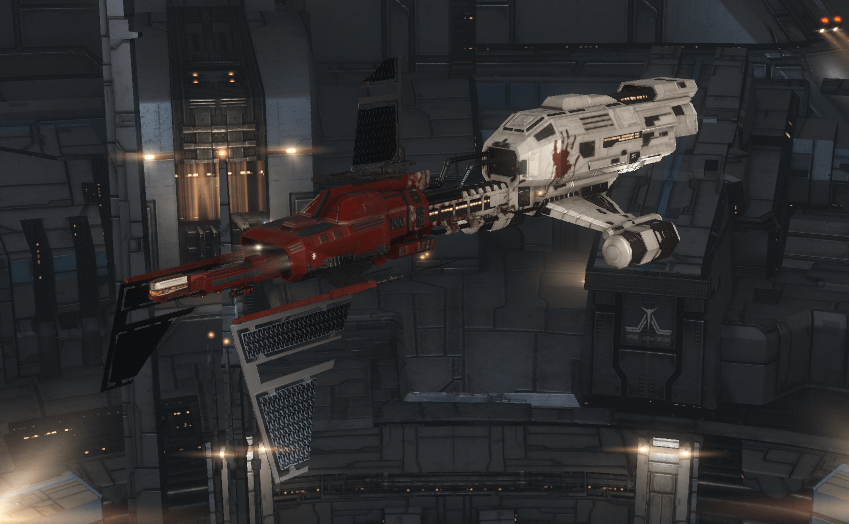 r/Eve - Did CCP change the Scimitar's Bloody Hands SKIN too?

Your post falls on deaf ears.
CCP doesn’t care about these forums.
Reddit is where their concern is focused.