What is the most expensive thing in game

either market or contract value.

If combine, Titan with all officer mods and T2 rigs.

And this excludes the scam items that are purposefully over priced.

Nah, this is EVE, those things are a dine a dozen.

A mining permit apparently. Many people will refuse to pay 10m but would much rather lose 10b+ freighters.

Stupidity.
Costs more than anything else ever will. 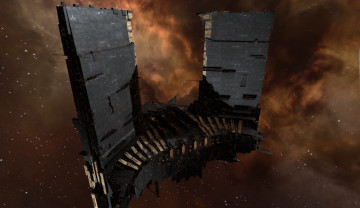 The most heavily armored and sought after Citadel of them all, the Palatine Keepstar is the jewel in the crown of any major power in New Eden. The main draw to this structure is that it is unique, with...

Do you want to buy it? I think I have it. Its worth more than Palatine Keepstar for sure.

My enemies will pay trillions to fiddle with my dead diddle.

Alliance Tournament ships, which were given out as prices to the winners, are among the highest priced items.

Then it’s probably characters, which are traded on the character market, super capitals and structures.

This’ll be the last one unless something changes

How much ISK would a maxed-skill character sell for on the Bazaar?

But this is also the problem with it. The more elusive an item is, the more it will cost, until it’s no longer available and any price tag becomes imaginary. It’s almost like Heisenberg’s uncertainty principal if you know what I mean.

Since OP asked, what is the most expensive thing in game, might another answer be: territory. The fight for territory is among the highest priced things in game. It can cost players everything.

By the way: seeing a botter and RMTer getting banned is virtually priceless.

@Yakuza_Yubitsume I can’t say it here, but there is an item worth more than anything else in game. It cannot be sold on the market, only with contracts. You can’t search it in contracts. It’s very powerful and unique. Hit me up in-game if you are seriously thinking about an acquisition like no other.