I would use them if it were a smartbomb, instead of a weapon that needed a lock.

Actually, adding smartbomb bonuses and high-slots for them would be good for this line of ships.
+1

The ships might find a decent role as anti-drone/fighter platform.

Then looking closer, I would fly the Dramiel before flying the Skybreaker.

I hope CCP have thought this through so this expansion do not get as one dimensional and flawed as the FW. That this release will have huge surprises in store for the pod community.
If this release have a multi dimensional aspect it will be simply become awesome.

Now I also hope that CCP release a vivisect video of Trigs and show us that they actually are alien it is time for CCP to debunk “we are alone” in New Eden.
The truth is out there!

Point 1: waah, why are novel and low supply products so expensive? Just give it time? Triglavian ships were prohibitively expensive for poors early but now they’re all affordable (save for market manip due to patches like the recent Drauger thing). Point 2: waah, why is a ship with bonuses to splash damage not doing as much dps as other ships that only deal single target damage! You’re using it wrong. Not every ship needs to deal high DPS to single targets. The intended use is to deal heavy D…

Without knowing about this thread, I made one detailing the primary issues with EDENCOM vessels. I linked it above, if you care to read it.

you linked a troll answer. You need to scroll back to the beginning to link it correctly.

Firstly, I’d like to say that I have not yet had the opportunity to field test the vessels. Due primarily the issues I am about to list and discuss, it is simply not feasible for me to do so. I lack the resources and the security. It would, quite literally, force me out of the game financially speaking to do so. Secondly, the purpose of this post is to bring to light a comprehensive list of every issue with the EDENCOM hulls. Not just those related to PvE. I tried to find a forum category appro…

Better defend the system instead of complaining about

ccp is not here to save you 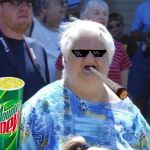 Fantastic idea on how to improve the Edencom ships:

Every ship that gets hit by the Vorton projector loses all their locks as if they were jammed. They can immediately relock things. But what this achieves is to be an effective counter against Trig ships since it would break their spooling, which is only logical as these edencom ships were designed to counter trigs. Done, ships fixed and useful.

Funny how Edencom ships do exactly the wrong type of damage against Triglavian ships. Almost as if it were intended.
Remember, behind every innovation there was an active brain.

Ive asked this before probably but are EDENCOM ships Omega locked?

Why? As punishment for going Omega? As a joke because you financed another yacht for Hilmar?

I may be missing details (and perfectly open to be corrected) but;

Trigs: Requires purchase (or at least secondary PLEX purchase) to use. Relatively easily farmed. Very Effective. Recieved buffs recently. Originally was a Crimewatch Flag to farm, but this was withdrawn. Additionally, CW flag had no effect outside HS.

EDENCOM: Requires purchase (or at least secondary PLEX purchase) to use. Difficult to farm. Ineffective. Did not recieve a balance pass at the time its designed enemy did.

I have my own conclusion, but I dont like it.

Let’s compare conclusions. Mine is that Edencom ships are the “Brown M&Ms clause” in the ship tree (I shamelessly borrow this description from Arrendis from another thread).

I don’t agree with you often but when I do something usually is really broken.

Mine is that without the backing of a well organised group, farming up your Trig fleet while difficult for a solo is not insurmountable. IF you are ready to grease those wheels with a very large amount of resource/isk/cash you can have as many excellent, pretty, effective ships as you want, and lots of folk to fly with who organise fleets.

EDENCOM is not backed by these organisations, and though you could use the same methods to gain a fleet, and though it would be more expensive, the faction of EDENCOM isnt cool, they dont wear hoodies, they dont have Destiny Masks, they use weapons from Babylon 5, and all in all arent sexy. EDENCOM farming and mass fleets was doomed from the outset because they purely exist to be a visual representation of the old status quo for the Triglavian-equipped players to eradicate.

As if these OP ships ever needed more publicity. The stupidity of CCP is just nauseating.

Going through the pains of designing and producing a new ship line to make other ships look better ? Such a waste. They should spend the FTE’s on bringing back the jukebox, or get rid of the red dot infestation, lol.

Nah, I think it’s early days, hampered by priorities, a pandemic and summer holidays. Give it a couple of years for rebalancing and such, as usual. By then they will be able to attack multiple structures on the same grid and teleport the QC’s to a safe destination. In other words, Edencom ships have been nothing but a disappointment, unlike the trig ships.

Edencom ships have been nothing but a disappointment, unlike the trig ships.

And this is intentional. Edencom must not be an attractive faction to join and fly with, or else Trigs would not get enough Final Loon systems. Since CCP is neither intelligent nor capable enough to program and implement good features, they have to achieve it with the crowbar method.