Why do Guristas rats jam ships that tackle Ishtar bots?

I get seriously get redboxed and mass ecm’ed by rats in havens everytime I tackle an Ishtar at a gurista site.

It is in their nature. They cannot help it.

Rat aggro is random. Simple as that.

You can come up with any number of lore-related reasons why they shouldn’t but none of that matters with the game mechanics.

You could try grinding standings with the Guristas faction. Maybe that will work

I lost four tackles in under 60 minutes on the same bot that kept returning to the site every 15 minutes.

The moment I appear on field and activate my ewar (web/scram), I get mass red boxed and jammed by the rats. If I don’t activate any tackle mods they ignore me.

As of now rats protect the bots…

I’m going to send in an alt thalia and with AB and spam remote reps on my main to generate rat aggro.

r/Eve - WHY DOES RAT AGGRO DO THIS 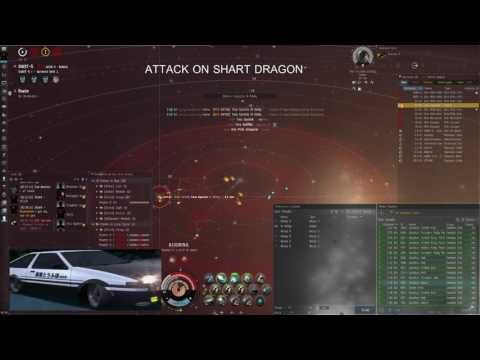 And it’s not like they take a few moments to target me. It’s instanteous and according to other hunters in the reddit thread it’s based on EWAR usage (web/scram) generating instant threat.

Obviously they are effective in killing their enemies, so their AI is high as it should be. AI sees hostile action, AI reacts.

How is the Ishtar farming them not hostile action?

The bot doesn’t even know it’s being tackled…that’s how sad it is. The Ishtar continues going pewpew on the rats while I’m basically perma jammed.

I got a lucky overheat (unjammed) into half armor and the Ishtar bot didn’t even blink an eye.

The owner of the bot knows that his Ishtar is virtually SAFE against a single neut in local because the rats will jam the attacker. It’s not even programmed to run away.

That’s still just a sample size of four.
I’m not sure if you understand how sample sizes work.

Doing that same thing and expecting different results in insanity.

You don’t need large sample sizes for that kind of AI behavior.

r/Eve - Why do rats immediately switch aggro to anyone new who lands on an anom?

I brought this up at a summit almost three years ago on CSM8, and all the devs in the room agreed this was incredibly dumb. I particularly made the point that it made carrier ratting less risky instead of more risky. Trebor made a joke of it, saying that EVE rats believe “The enemy of my enemy is my enemy.”

It’s probably time for some CSM member to raise it again.

I can handle a lot of %&**, including rat aggro and the Ishtar, but I can’t of ANYTHING if I jammed. That’s the one thing I can’t fit my ship for…because it’s chance based. Even with SEBO ECCM there’s a good chance I’ll be jammed, and that SEBO -1 PvP mid slot.

You are severely hurting your argument

You don’t need large sample sizes for that kind of AI behavior.

This, on the other hand, is true.

I brought this up at a summit almost three years ago on CSM8, and all the devs in the room agreed this was incredibly dumb. I particularly made the point that it made carrier ratting less risky instead of more risky. Trebor made a joke of it, saying that EVE rats believe “The enemy of my enemy is my enemy.”

It’s probably time for some CSM member to raise it again.

Now you’re making a more solid case. If you more clearly define the problem and explain why it’s a problem and provide examples (right now this seems like a whine thread), then it could be pitched in Assembly Hall and have a good chance of being given serious consideration.

also if it’s a bot just kill it…

Well to start, it’s not ‘higher end PVE’, it’s rats in anoms… they’re about as intelligent as your standard mission rats, which is to say, not very.

Rat aggro is random. Simple as that.

And it’s not random, but it is simple.

It’s this, rats in anoms (and missions) for some reason take a real dislike to ewar, of any kind, and it has been the bane of hunters since I can remember, because any anom/mission you warp into and land tackle, the rats (who I guess technically you are ‘protecting’) switch to you as if somehow you are the largest threat to them.

You could try using a dictor with a cloak, warp to bot, drop bubble, cloak up and move away, then you’ll have time for your DPS to get into the site, land tackle and kill the bot before rats jams/dps become an issue.

There was a time when the mission/anom rats would only ever shoot the first thing that entered the site, but this was changed a long time ago.

rats tend to prioritize ships with similar sig radius to themselves

I got a lucky overheat (unjammed) into half armor and the Ishtar bot didn’t even blink an eye.

Given it didn’t run away at that, why are you bothering with tackle and not just killing it.

Have you tried taking out the jamming ships?

AI has been behaving in this manner since at least 2014. This issue made engaging anyone in a DED or Mission site beyond frustrating as Saladinae described.

There is absolutely a problem with the way AI prioritizes targets. It simply doesn’t make sense for AI to consider a ship that’s using EWAR against what’s currently shooting them a more immediate threat.

I’m completely okay with whalers having to work against overwhelming odds. Local ratters have a vast and immediate intelligence network spanning many systems, access to fast response friendly fleets, and home field advantage. Help from AI behaving in insane ways pushes this advantage into ridiculousness.

Anyone running for CSM15 that is willing to bring up this issue has my vote for sure.

You can’t kill it.

I managed to overheat with a full rack of 425mm on my web loki at point blank. I got jammed. When the jam lifted, I managed to get him quick to half armor.

Then I got jammed again…and had to warp out because I can’t tank the rats for 2+minutes waiting to be unjammed.

Btw, if I don’t scram/web, the 100MN Ishtar will escape me (although this particular bot wasn’t even programmed to run!).

If I scram/web, then the gurista bots will jam me…and allow him to escape.

I can kill ANY ratter who is NOT in a GURISTA site, because I wont get jammed.